On the outskirts of Antananarivo, the capital of Madagascar is a small 5 Acre, Botanical garden set up to protect the endangered Lemur. The park is the perfect getaway from the noise and pollution in the capital for a few hours, or if you didn’t have time to see Lemurs in the wild during your trip to Madagascar or you just have a few hours to spare and want to see Lemurs for the last time on your journey. All the animals in this park are free-ranging, So it´s not a Zoo.

The park is home to 7 different types of Lemurs and more than 50 individual lemurs including the two Critically Endangered spices: Mongoose Lemur and Black, and White Ruffed Lemurs. The five other types of Lemurs in the park are Coquerel Sifakas, the Ringtail, Common Brown, Crowned sifaka, Eastern lesser bamboo Lemur, and the Common Brown. The Crowned Sifaka is also native to the northwestern part of Madagascar. It´s considered Endangered Don´t mind me; I’m just sitting here in the middle of your walkway. A Coquerel’s sifaka

Most of the Lemurs in the park are rescued pets that get rehabilitated for reintroduction into the wild.

Like in all National Parks in Madagascar, you are obligated to be accompanied by a guide. Even tho the park is small, and the Lemurs are harmless will you be accompanied by a knowledgeable guide, which will tell you everything you need to know. The guide will also monitor you so don’t get too close to the lemurs or try to feed them, even though they are highly used to people now. Probably the most famous of all Lemur species The Ring-tailed The park is also home to free-ranging Radiated Tortoise, Iguanas, and Chameleons and more than 70 species of plant´s and trees natural to Madagascar.

The guide will show the way and around trip around the whole park takes about 1hor, give or take
So you will have no problem getting a close-up photo or even a selfie with some of them. One of many Radiated Tortoise freely walking around the park, the Radiated tortoise is Critically Endangered One of the chameleon I almost stepped on when walking around.

Additional Information About The Lemur Park.

Entrance Fee: 30 000 Ariary for an adult, 12 000 Ariary for kids. The entrance ticket includes your guide around the park. It´s not mandatory to tip the guide at the end of the tour, but they expect you to so.

How to get to the park: The park is located 22Km southwest of Antananarivo.
The Park shuttle bus mentioned in the Lonely Planet is NOT RUNNING.

So realistically the only way to reach the park is by your own transportation or taking a Taxi. I highly recommend you to arrange that the taxi either wait for you, or it comes back to pick you up when you’re done. The road passing by the park is not very trafficked. And I ended up taking another traveller with me in the taxi I had hired; he had been waiting by the road for 30min in the sun. Trying to catch a taxi passing by.

How to dress: However you want, and there´s no need for hiking shoes, the park is covered in well-maintained walk path. I walked around in FlipFlops without any problems at all. But remember to bring something to drink, it gets very very hot when walking around.
Other: There are a small restaurant and a souvenir shop at the entrance to the park. The restaurant sells simple dishes and cold drinks. The Souvenir shop sells the same things at you will find in any Maki shop in the city centre, but at a higher price here. But the profit here goes straight back to the park. 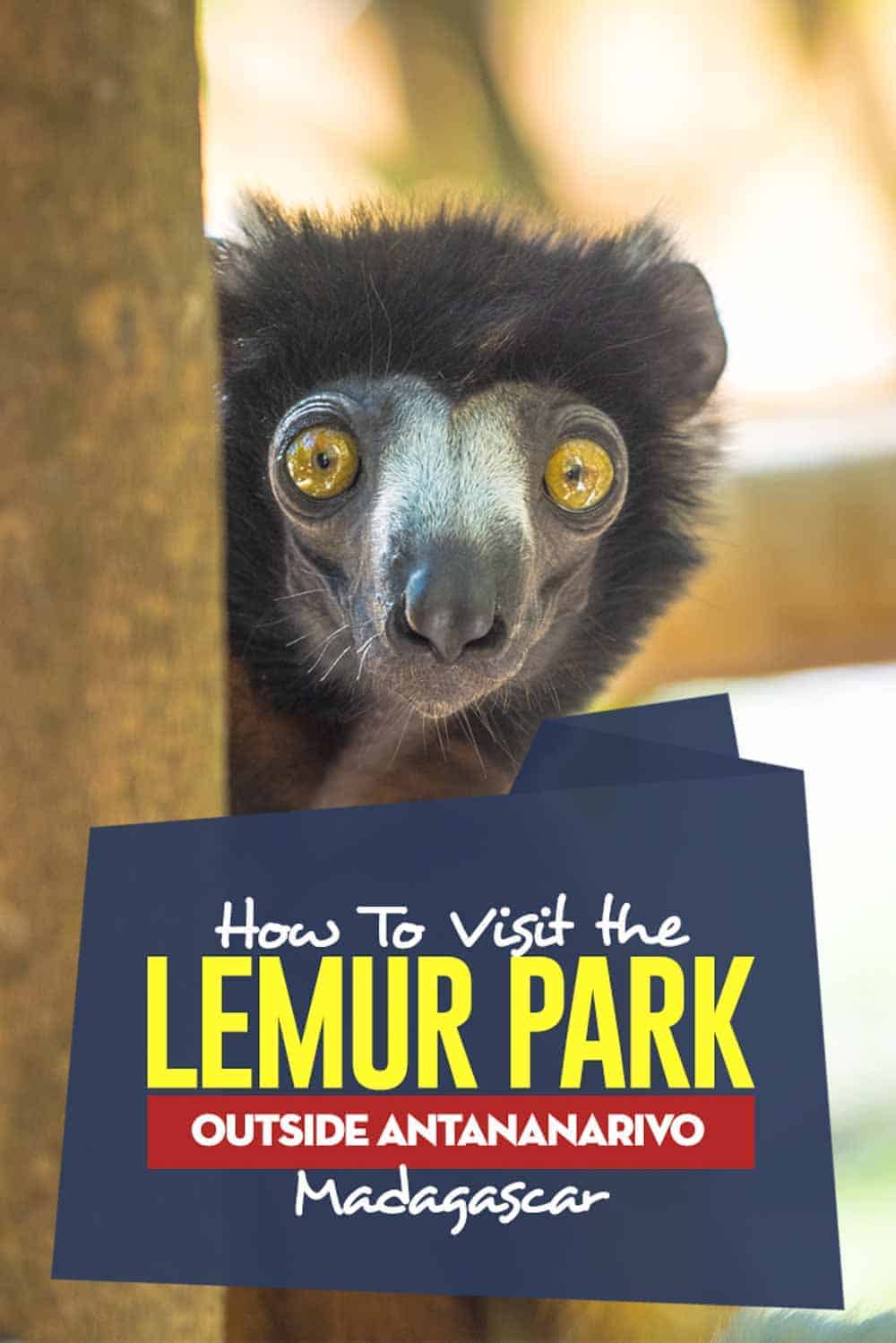 How to see Lemurs on an easy day trip from Antananarivo the capital of Madagascar. Madagascar got some of the most amazing wildlife in the whole of Africa.