In the southern part of Saudi Arabia and not far from the Yemen border is the small village of Rijal Almaa (the towns name literally meaning “The Brightest Men”).
A soon to be a UNESCO World Heritage site and a very historically important village in the Middle East. 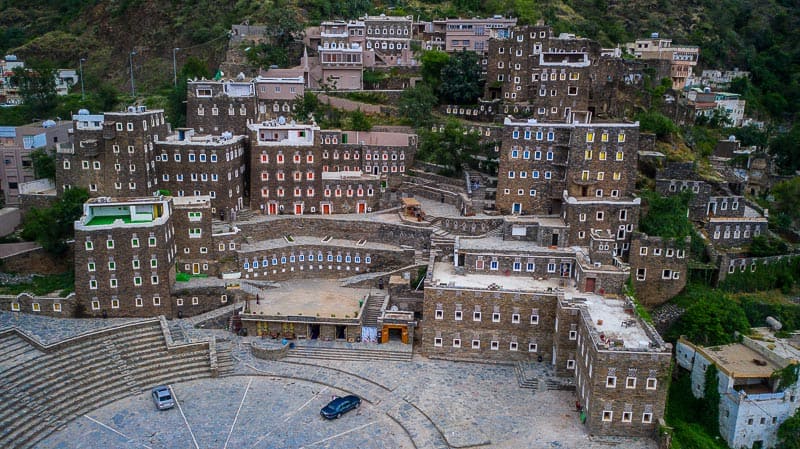 Rijal Almaa was once an important stop for those travelling from Yemen to the holy cites of Mecca and Medina in Saudi Arabia.

And with that Rijal Almaa become a commercial trade centre in the region with goods like food, grains, household items, spices, perfumes, jewellery and others, coming from the far corners of the world including India, Egypt, Yemen, European countries and from African countries along the Red sea coast like Djibouti, Massawa in Eritrea and Ethiopia, and even products all the way from Japan and China in East Asia.

Rijal Almaa has also been an important place in the history on the Arabian peninsula; it was here that the Asiri tribes defeated the Ottomans army of 50,000 and forced them to sign a treaty granting Asir independence from the Ottoman Empire in 1825. This agreement was the first of its kind in the Arabian Peninsula. 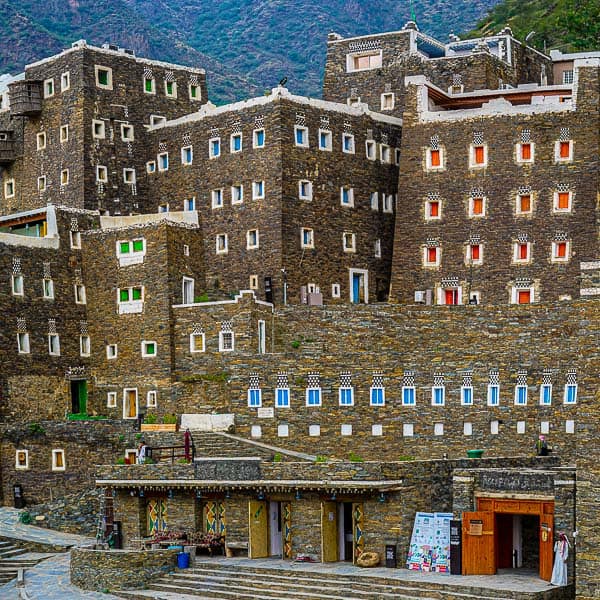 The village of Rijal Almaa is built up by 60 multiple-story buildings. All are built in a traditional way with only stone, clay and wood similar to the famous buildings just across the border in Yemen. The tallest building in Rijal Almaa stands an impressive six stories tall. 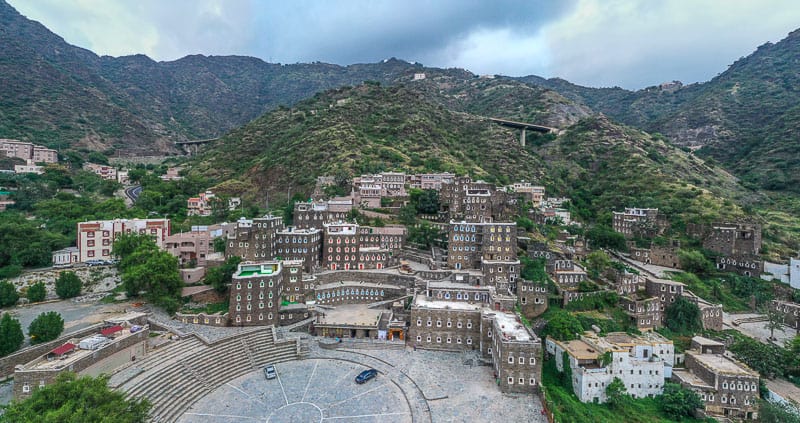 The village from above. 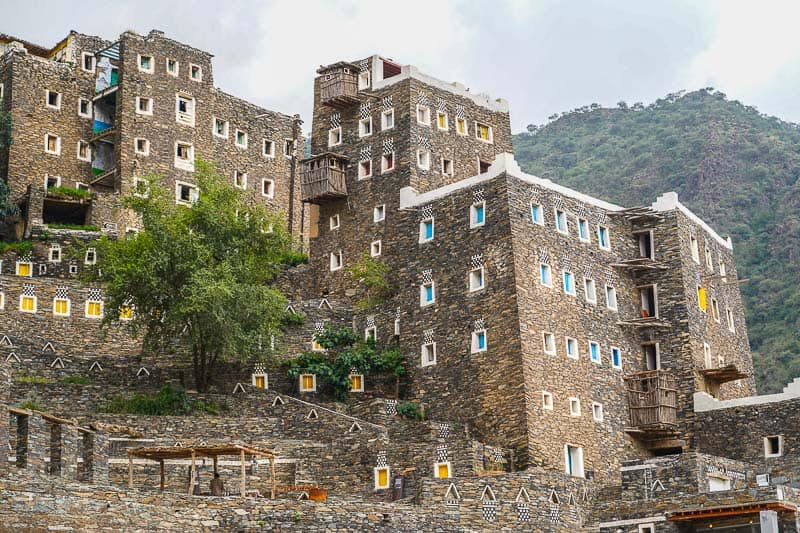 The tallest building in the village on the top right. 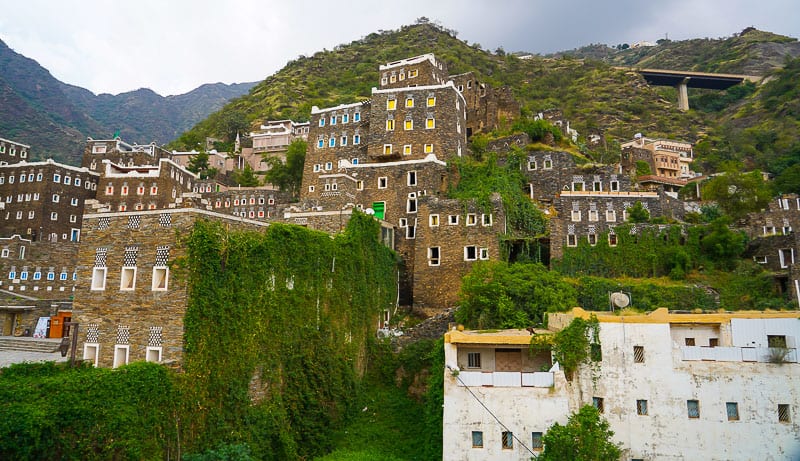 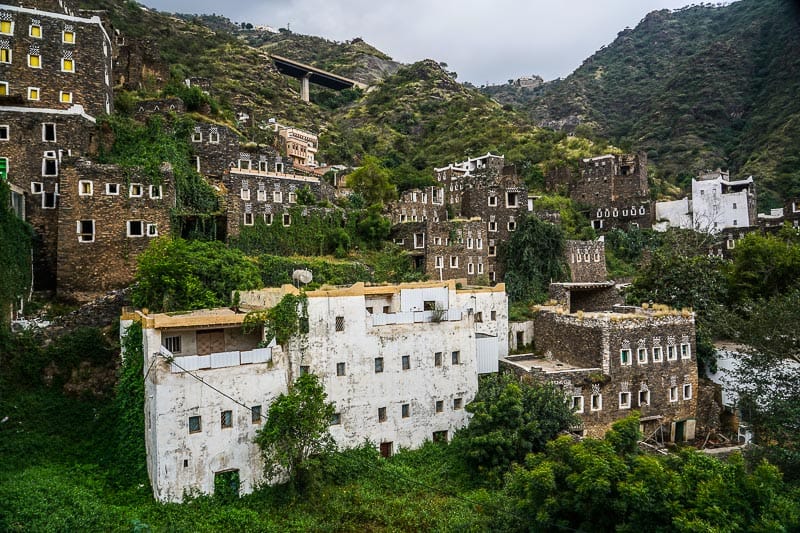 All the forts in Rijal Almaa has its own history going back hundreds of year through generations of families, you have “Fort of Maejib & Hakim”, “Fort of Msamr”, Fort of al-Dir”iyyah”, “Fort of al-Sisbae, the tallest fort in village” and Fort Al Jaber & Al Hawat”.

All of the forts has it´s own rich history which is well documented and still kept in ownership by the original families. 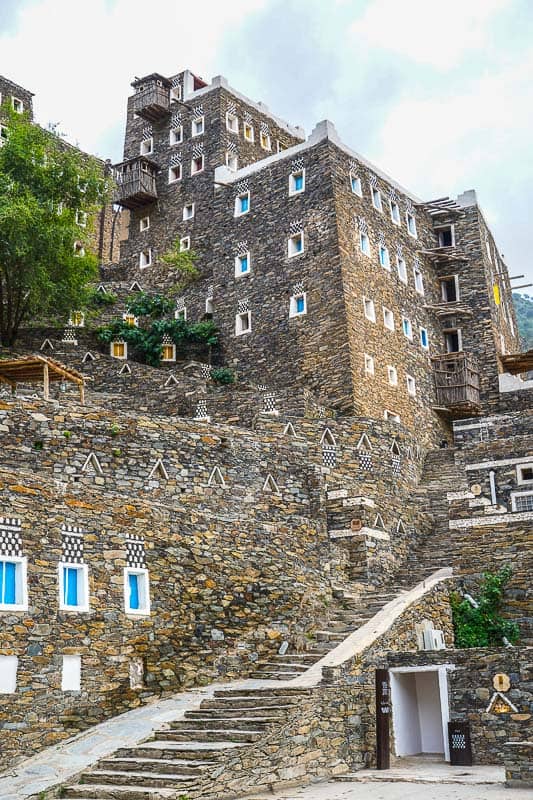 While the outside of Rijal Almaa is impressive, so are the inside of the buildings where you can clearly see the culture and rich heritage of the village.

And in 1985 a local museum established by the local people in one of the village’s forts — one of the oldest museums in all of Saudi Arabia.
The locals handed over whatever they have of tools, weapons, so the museum now having around 2800 local historical pieces on display, and another 500kg of ancient local jewellery.

The museum also shows how the locals lived in the village from the living room to the local prison where still the original chains are on display. 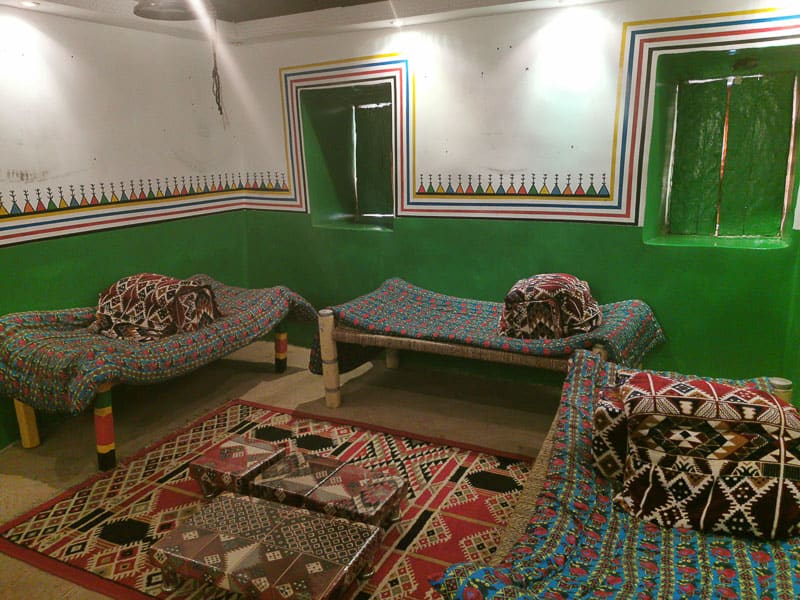 Traditional bedroom in one of the forts, notice the wall paintings. 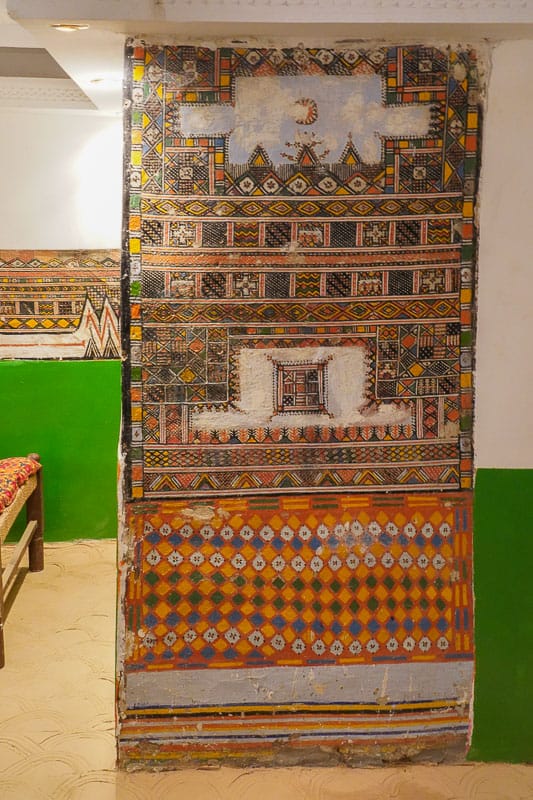 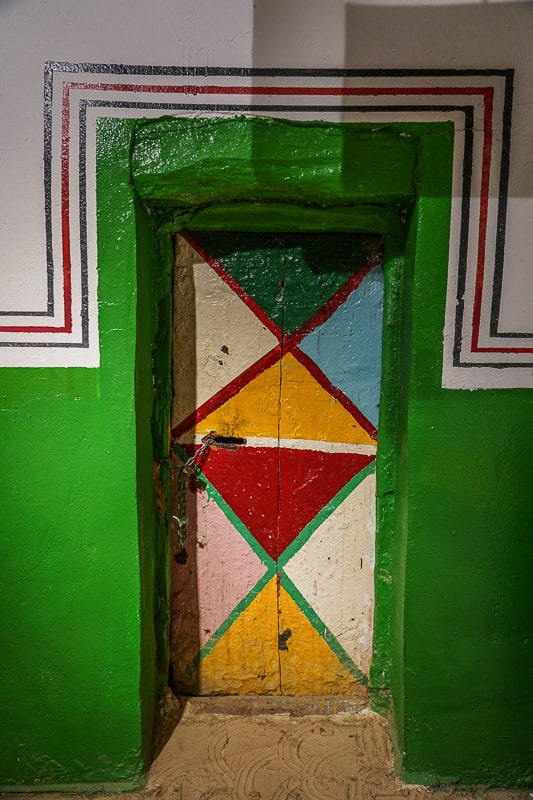 The locals love colourful decorations inside their forts. 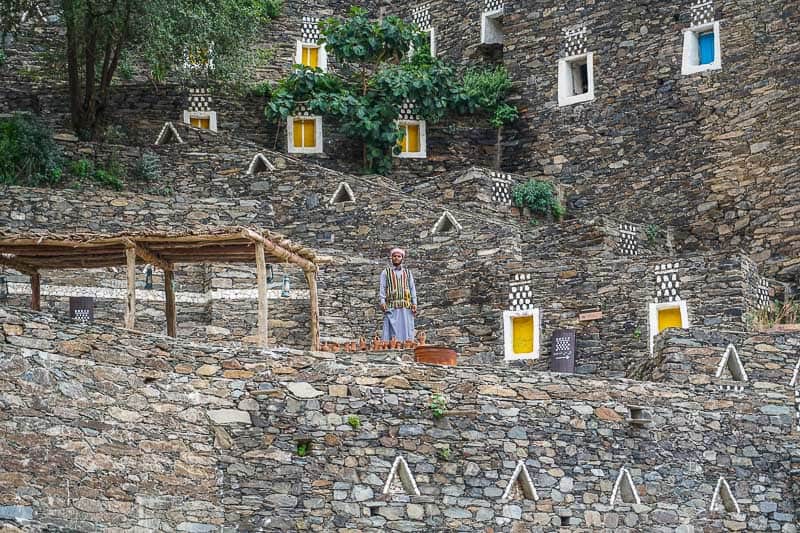 The main square inside the village, notice the local in the middle of the photo. 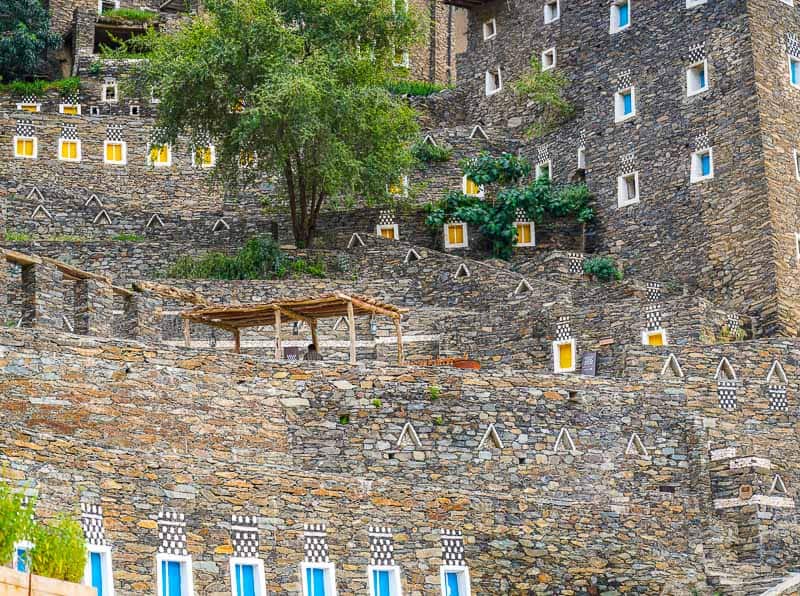 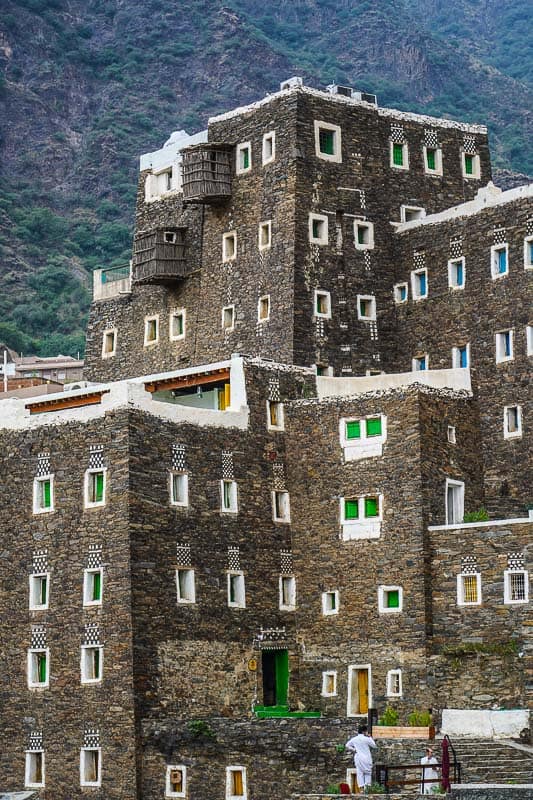 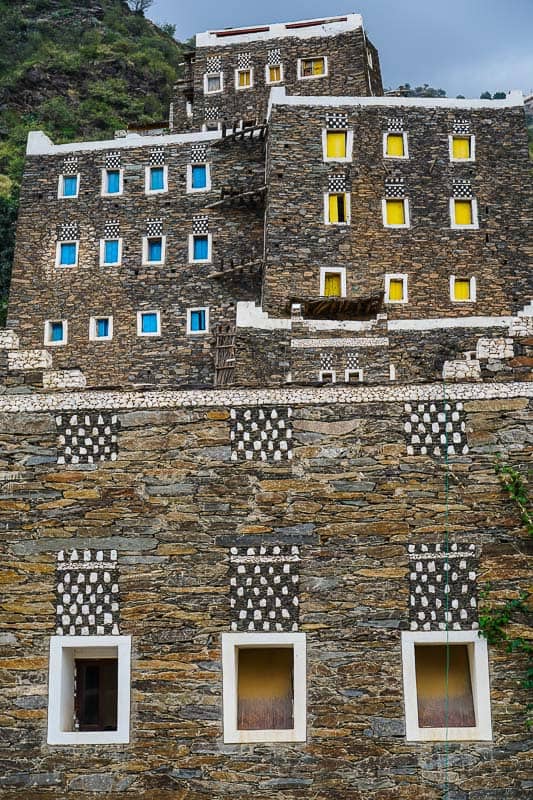 The locals from Rijal Almaa belong to the Qahtan tribe and are extremely proud of their heritage. They wear honour in wearing their tribe’s traditional outfit instead of a typical Thawb that the men in Saudi Arabia wear.
And little known to the outside world, do the often the men from this part of Saudi Arabia wear flower decorations on their head naming them “The Flower Men of Saudi Arabia”. 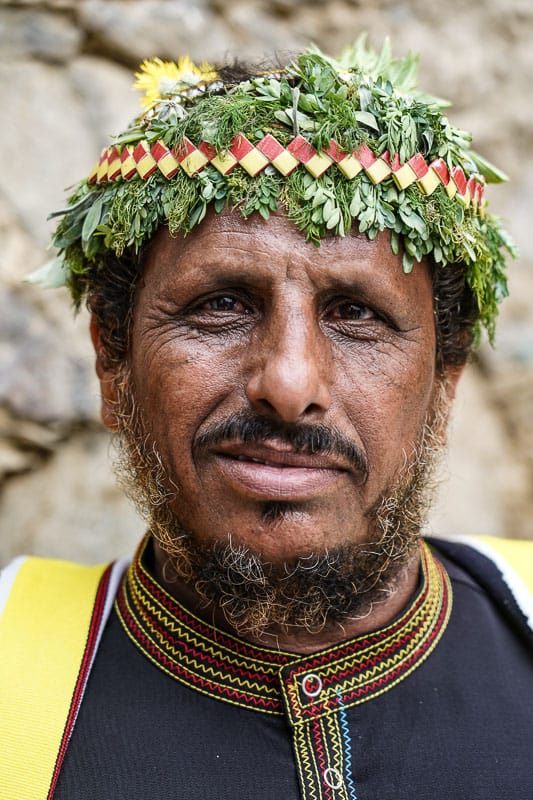 A local in Rijal Amaa wearing a flower decoration on his head. 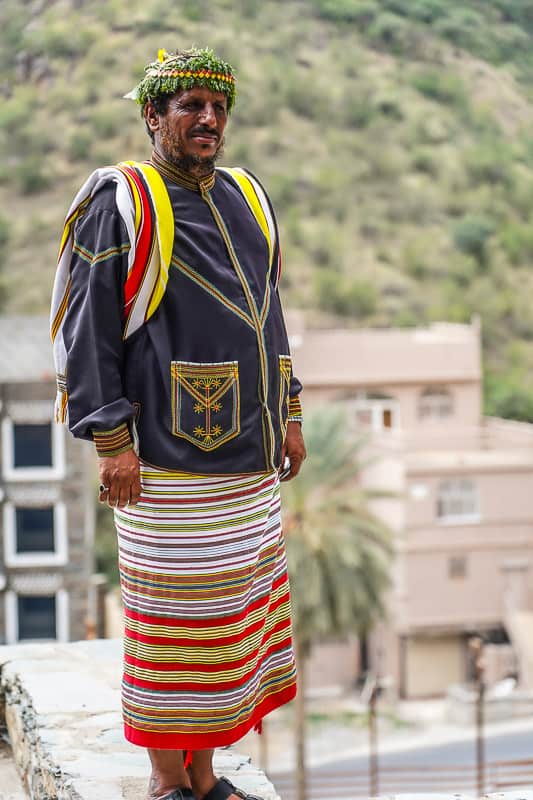 A local from Rijal Almaa wearing a traditional outfit and flower decoration on his head. 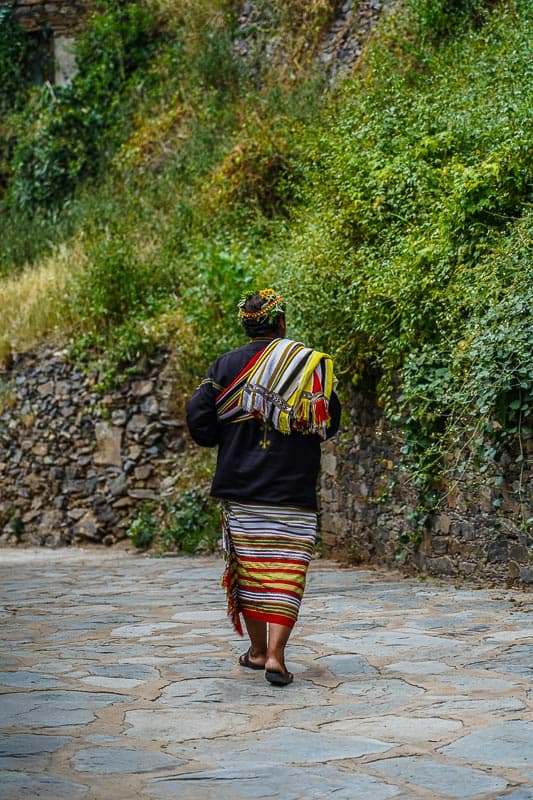 A local from Rijal Almaa wearing a traditional outfit and flower decoration on his head.

Over the recent years have Rijal Almaa seen a lot of development getting the village ready for tourism, a big open-air theatre, which can hold up to 1,000 people have been constructed at the entrance to the village, and there´s now an annual “Flower Men” festival arranged here in August every year, where local traditions live folk performances and handcraft are put on display for tourists. 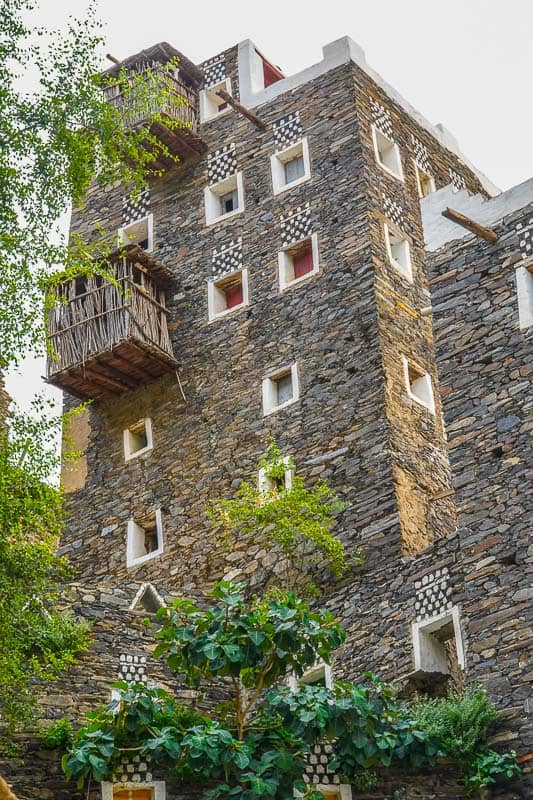 The tallest building in the village. 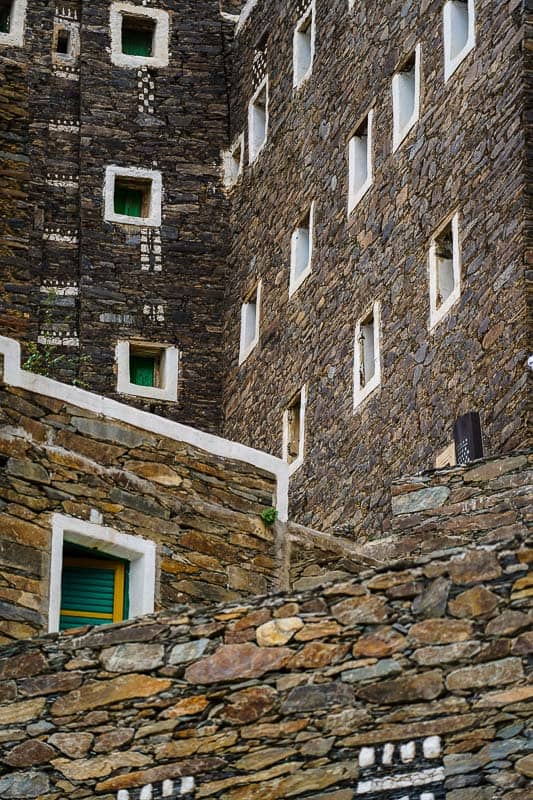 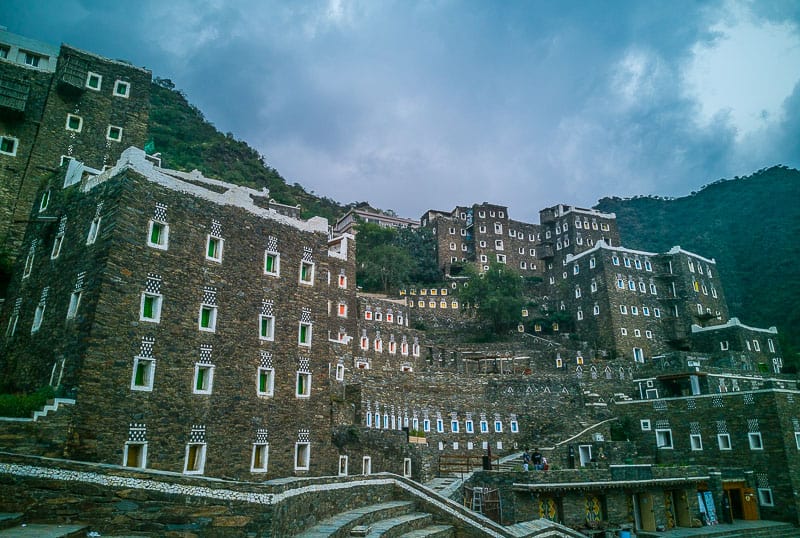 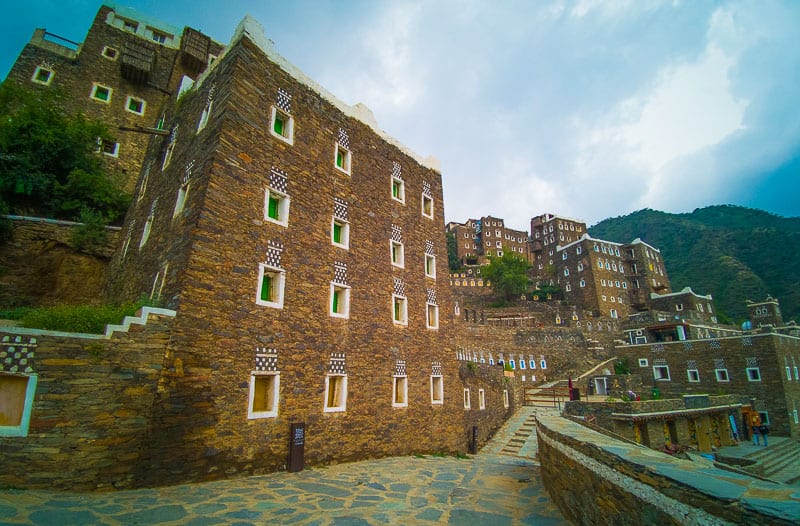 How To Visit Rijal Almaa.

Rijal Almaa is located in Asir’s region in the southwestern part of the Kingdom of Saudi Arabia. Where the capital of the region Abha is located 45 km (28 mi) away from Rijal Almaa.
The coastal town of Jizan is located 170km away.

Abha is easily reachable with flights from all major cities in Saudi Arabia, but also with international flights from Cairo, Dubai and Khartoum.
But unfrutently like in the rest of Saudi Arabia is it not possible to visit sites and places outside the main cities with public transportation.

So the only way to get to Rijal Almaa is either by private car or hiring a car with driver, a full day with an English speaking driver will cost you around 350 SAR (95USD), luckily so are there a lot of other things to see in the Asir Region, so 95usd a day is a very good value.

Another popular destination in the Asir region, is Farasan Island, an undiscovered beach paradise in Saudi Arabia.

Where To Stay in Rijal Almaa.

There´s are no accommodation inside the historical part of Rijal Almaa itself, but there are a few hotels being built in the surrounding hills.
So currently the best place to stay is in Abha which have tens of accommodation options from budget options to luxurious options.

Where To Eat In Rijal Almaa. 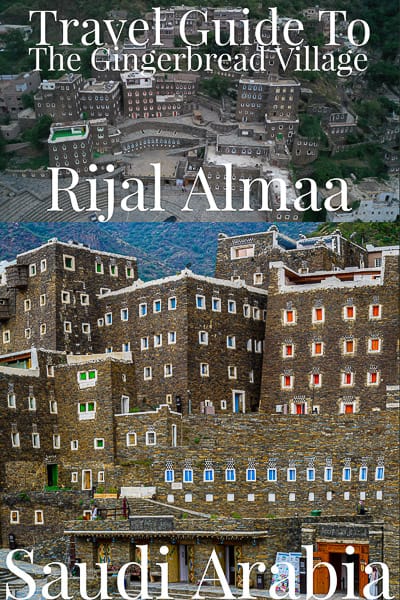 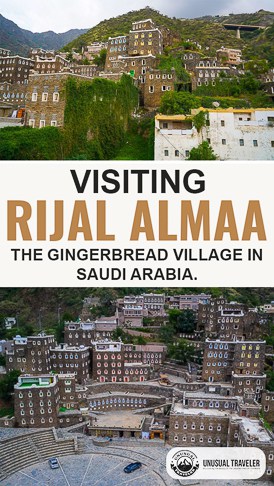 Travel Guide To Rijal Almaa in the southern part of Saudi Arabia.