What´s The 10 Most Impressive Religious Buildings in Asia.

There´s something about the religious buildings in Asia that does magic to you. Yes, we do have some impressive ones in Europe as well, especially some of the Cathedrals in southern Europe.

But they are still nothing compared to the most impressive religious buildings in Asia. Some of the Asian monuments might not be that dramatic in scale, but what they lack in size, they emerge bigger in a spiritual way.

Here is my list of the ten most impressive religious buildings in Asia, after visiting every single Asian country. 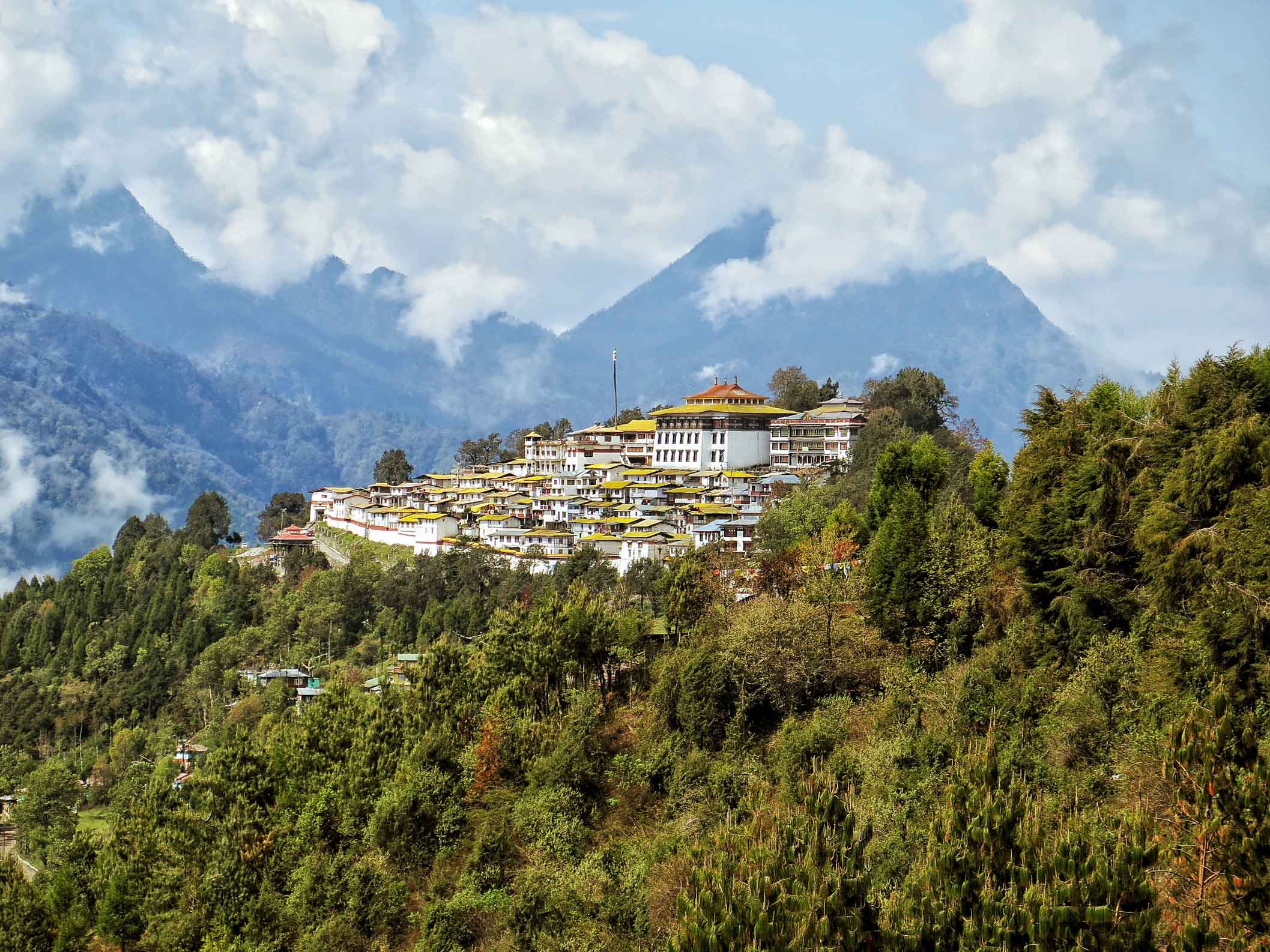 It´s hard to get a proper photo of Tawang Monastery; there´s a steep valley between where you have to stand to take a picture and the monastery.

The least famous one on my list is also least visited by foreign tourists. Even so, it´s the larget´s monastery in India and second largest in the world (after Potala Palace in Lhasa, Tibet.)

Founded in 1681 with close proximity to the birthplace of the 5th Dalai Lama. It’s located in far north-east India, in the Arunachal Pradesh state and rarely visited by foreigners because of the hassle in obtaining a permit for the state. I think that makes it even more special. It is home to about 450 monks, of all ages. It´s a complete working monastery with no interaction from tourists.
When I first entered the monastery, I was surrounded by monks who wanted to practice their English.

I believe that Tawang Monastery and Arunachal Pradesh are the most underrated destinations in India. 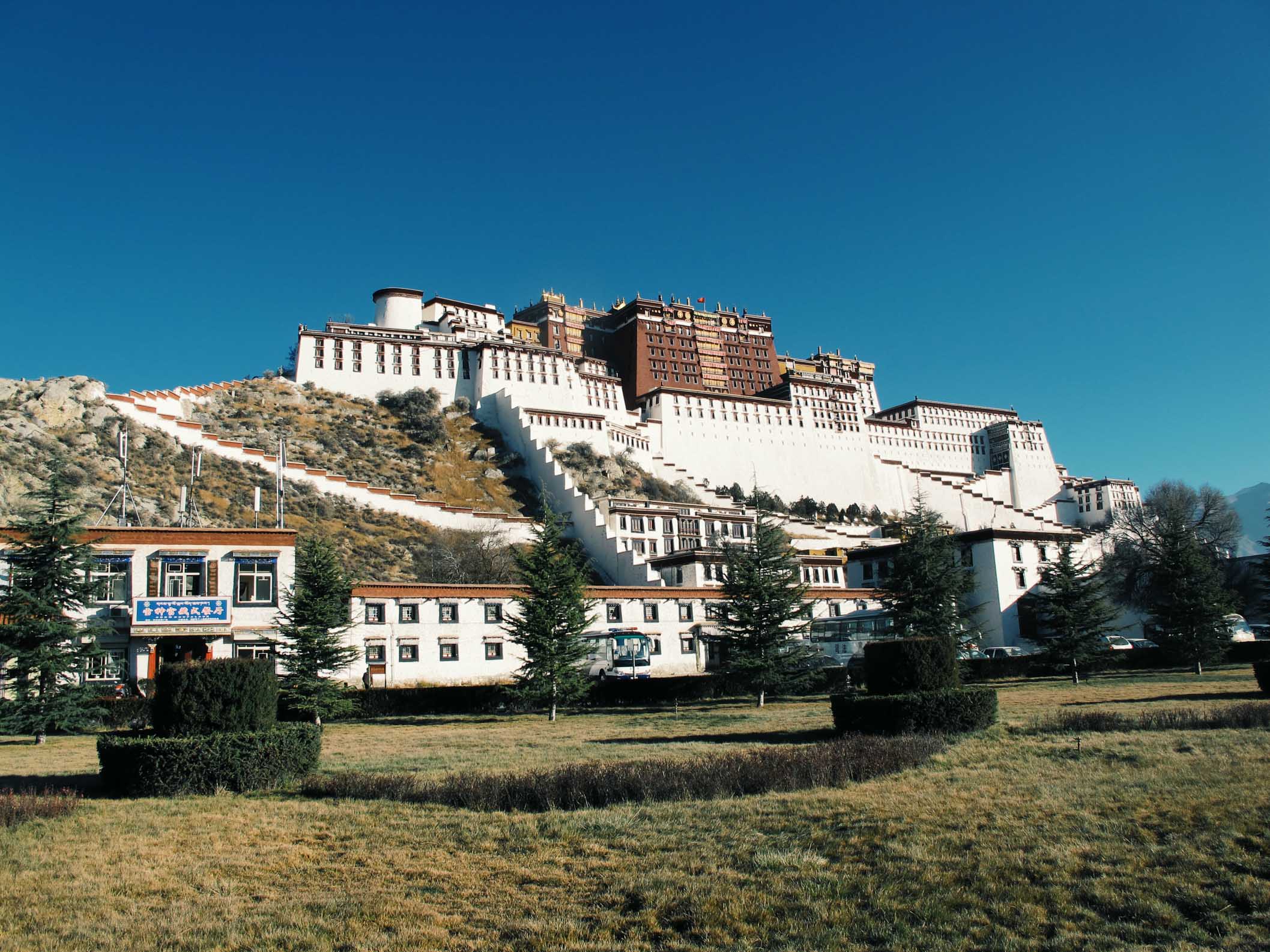 The amazing Potala Palace in Lhasa, Tibet, the largest Monastery in Asia

It is one of the most recognizable buildings in the world. It used to be the winter home to the Dalai Lamas from the 17th century and all the way up to 1959.
Apparently, it has 1000 rooms with personal belongings of at least 5 Dalai Lamas.
You are not allowed to walk around freely, and you have to be a part of an organised tour. Your tickets need to be booked by your guide several days in advance. Even though it´s not the home to the Dalai Lama anymore (he lives in Dharamshala, India), it is still a breathtaking complex. 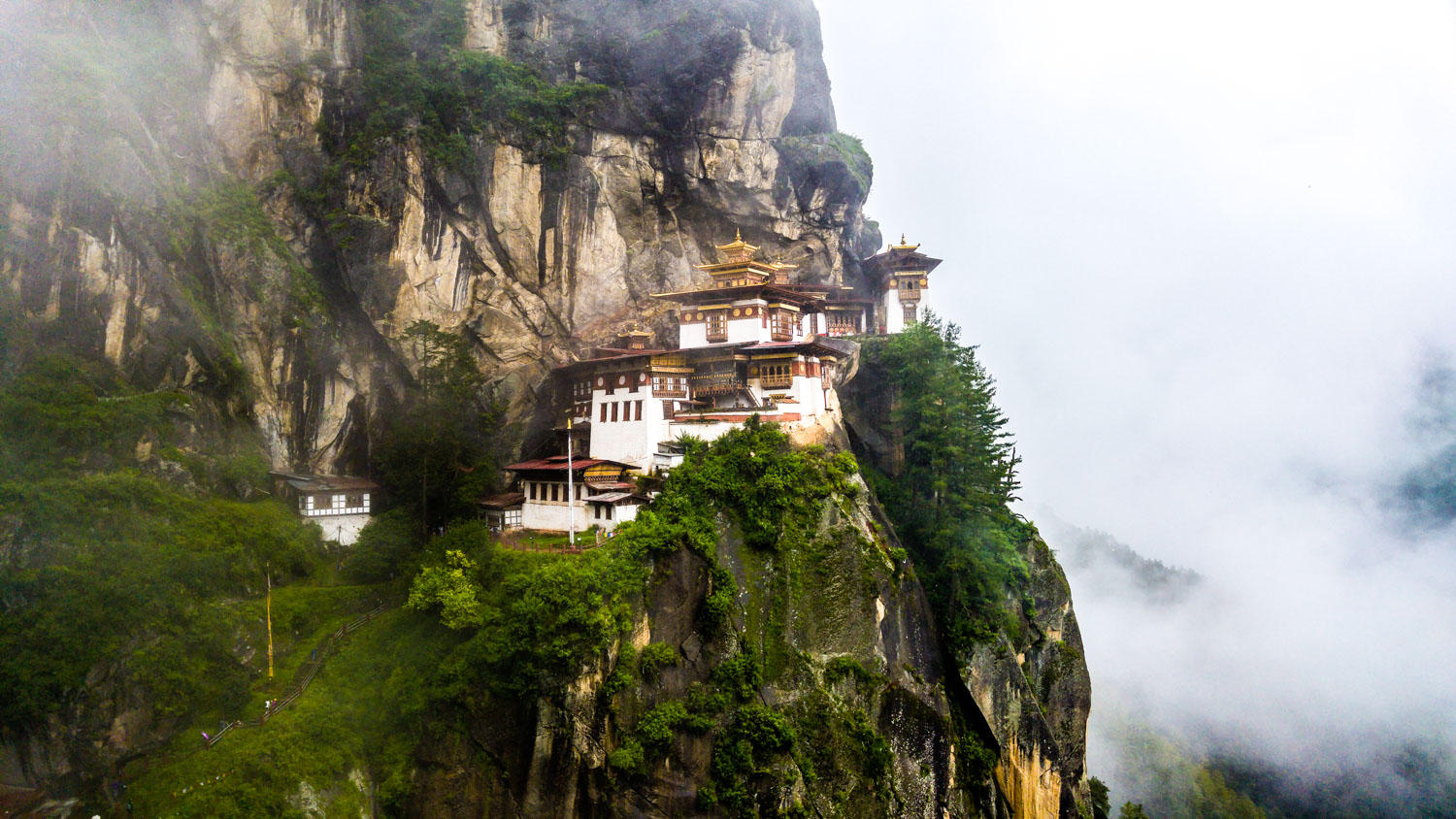 The Tiger Nest Monastery in Bhutan

The Tiger´s Nest Monastery is located on the edge of cliff 900m/3000ft above the valley’s floor in western Bhutan.
The monastery, locally called Taktshang Goemba, was built in 1692 around a cave where Guru Rinpoche stayed and meditated for three years, three months, three days and 3 hours in order to overpower the evil demons living inside the cave.

It´s still a working monastery with meditating monks.
Only accessible by a two-hour hike but it´s still a must-visit in Asia

Read more about how to reach the Tiger´s Nest Monastery here. 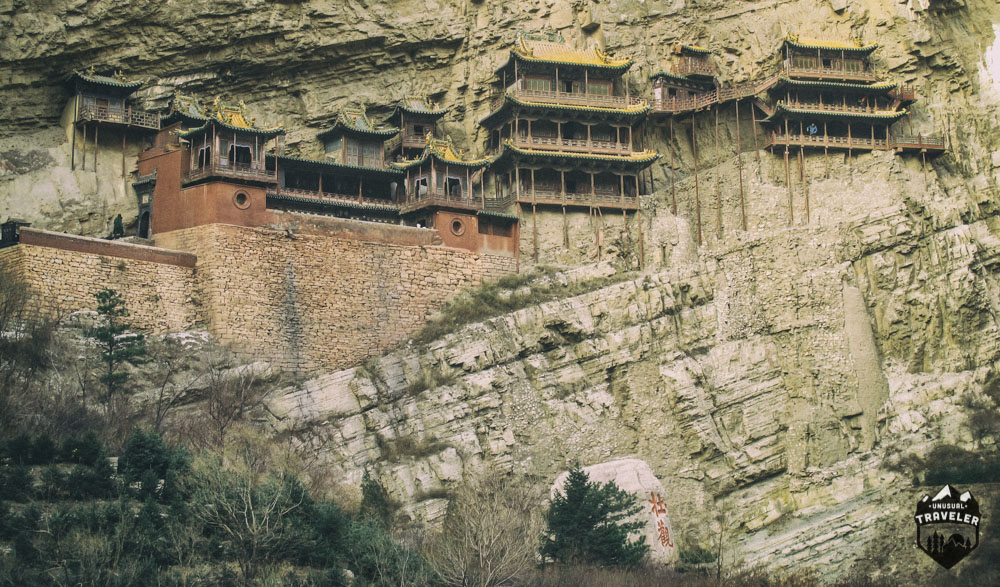 The 1400-year-old Hanging Monastery is just a few hours south of Beijing. The Monastery is built into a cliff more than 50m above the ground, to protect it from the floods that often happens in the area.
It is said to be the only Monastery in China that has a combination of the three traditional Chinese religions – Buddhism, Taoism and Confucianism.

Read more about how to visit The Hanging Monastery here. 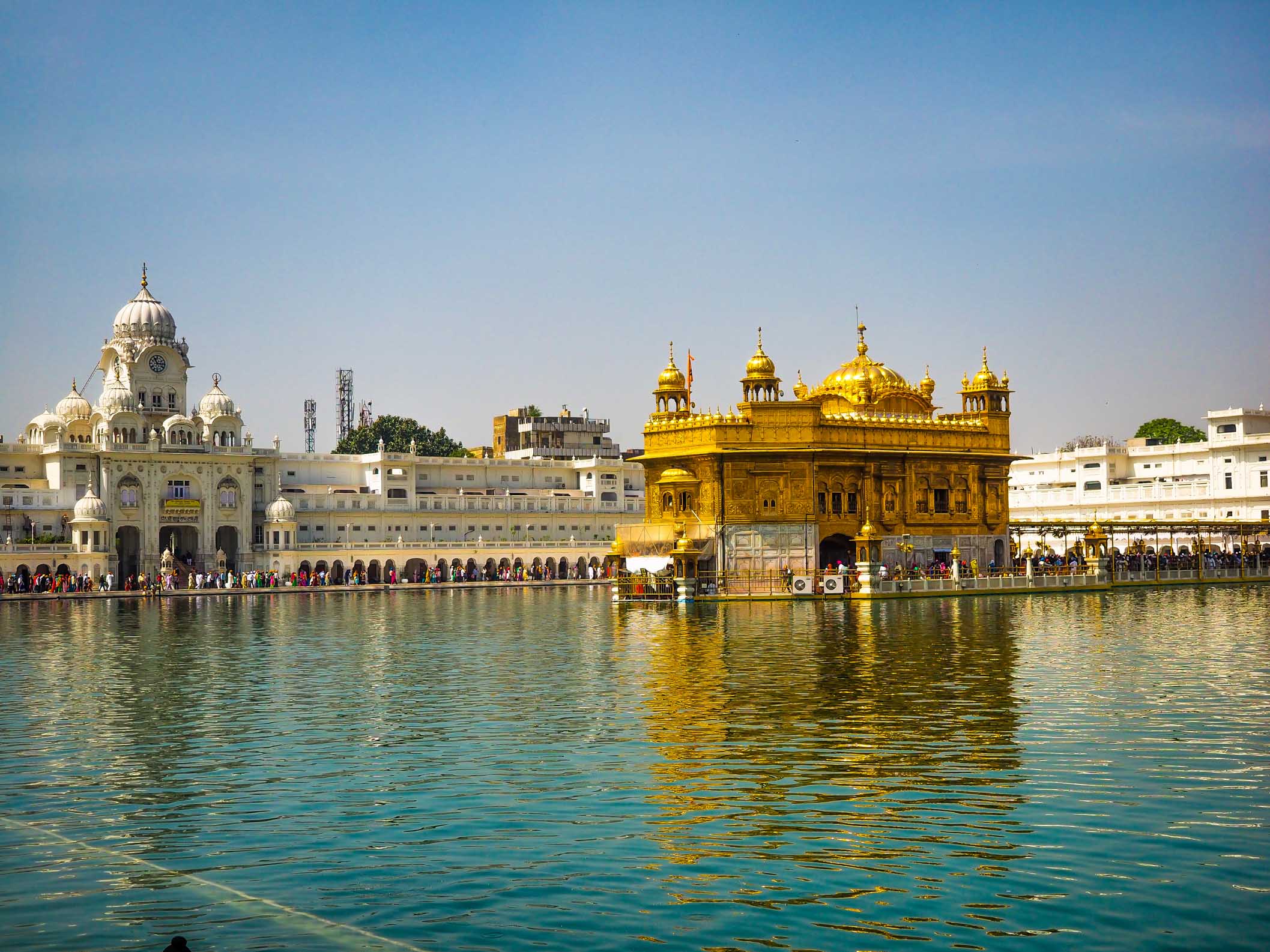 The Golden Temple of Amritsar.

The city of Amritsar and its famous Golden Temple is not only one of the most underrated destinations in India, but they might be the most friendly and welcoming place in the whole country.
The Golden Temple in Amritsar is the holiest of all Gurdwara (Temple). It is to Sikhs what Mecca is to Muslims, Jerusalem is to Christians, and Lumbini is to Buddhists.

Read more about how to visit the Golden Temple here. 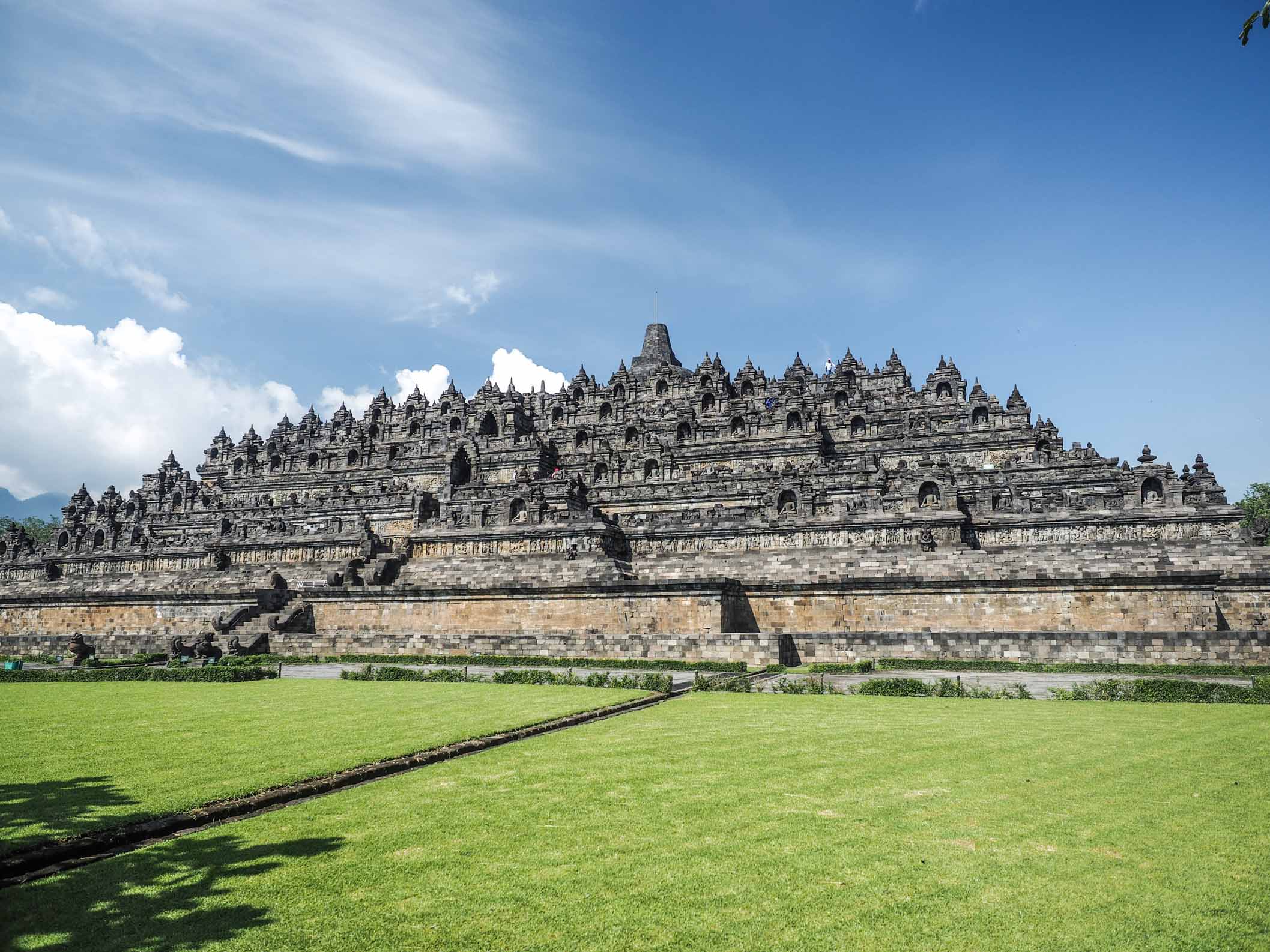 Borobudur at the Island of Java in Indonesia is the single largest Buddhist structure anywhere on earth. Dating back to the 8th century, the temple holds nearly 2,700 relief panels and 504 Buddha statues. It is famous for its amazing sunrise. It is not a working complex anymore but very crowded by tourists these days.

The largest temple in the history of mankind, Angkor Wat dates back to the early 12th century. The world-famous temple was earlier a Hindu temple dedicated to Lord Vishnu. In the 14th or 15th century, when Buddhism swept across Asia, it became a Buddhist temple.

Voted on Lonely Planet as the world’s number 1 site.

The temple is the heart and soul of Cambodia and is even featured on the country´s flag. 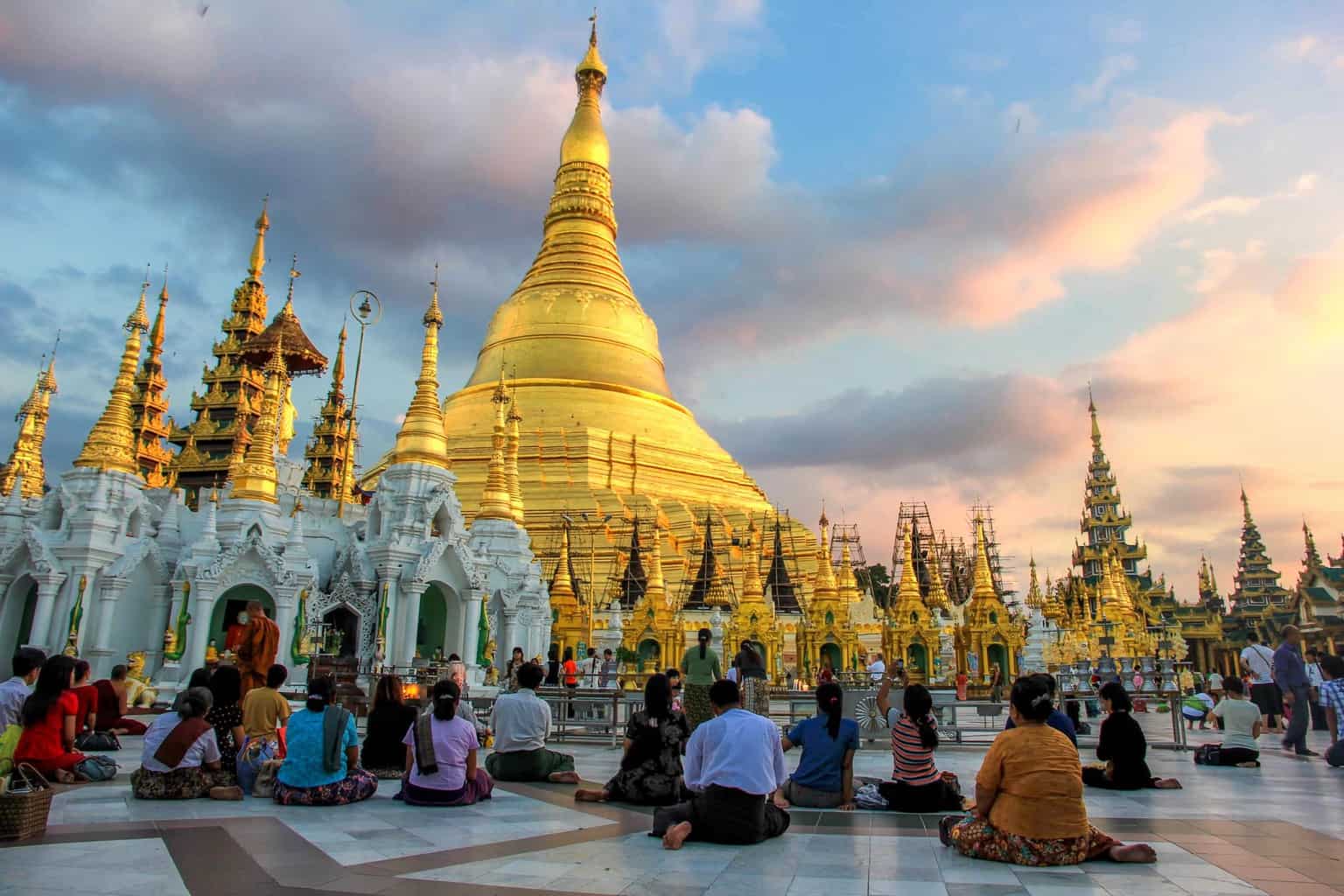 Shwedagon Pagoda located in Yangon is the most sacred Buddhist pagoda in all of Myanmar. The Pagoda itself is covered with 27 tons of gold. It´s believed that Shwedagon holds eight hairs from Gautama Buddha as well as relics of three former Buddhas.

The legend of the Shwedagon Pagoda begins with two Burmese merchant brothers who are said to have met the Buddha himself. The Buddha gave them eight of his hairs to be enshrined in Burma.

Sumela Monastery up there in the left

Sümela is a 1,600-year-old ancient Orthodox monastery in far eastern Turkey.
Sumela Monastery was abandoned in 1923, following forced population exchanges between Greece and Turkey.
The departing monks were not allowed to take anything with them, so they buried Sumela’s famous icon under the floor of the monastery’s St. Barbara chapel.
Today Sumela Monastery is, unfortunately, no more than a tourist attraction these days.

Read More about how to visit Sumela Monastery here. 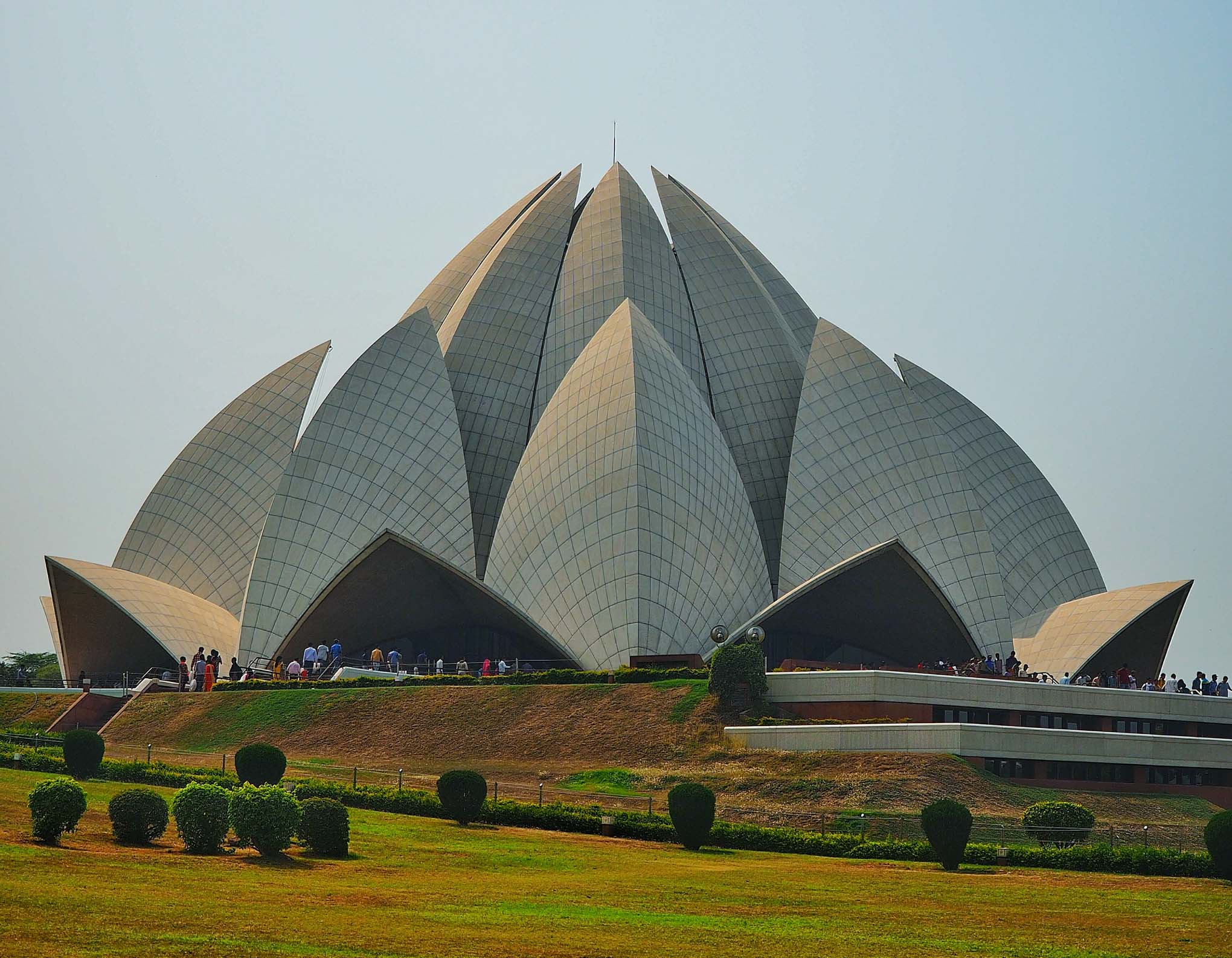 The Lotus Temple in New Delhi is the mother temple of the Indian Subcontinent. It was created to be a place of worship for all faiths and religions.

The world-famous Lotus temple is made of pure marble and is shaped like the lotus flower.
The temple is open to everyone, but you’re strictly not allowed to take photos inside the temple. The lotus is surrounded by a big green park making it a relaxing place. Try to get there early in the morning, before the crowds start to arrive.

Read more about the Lotus Temple and New Delhi Here. 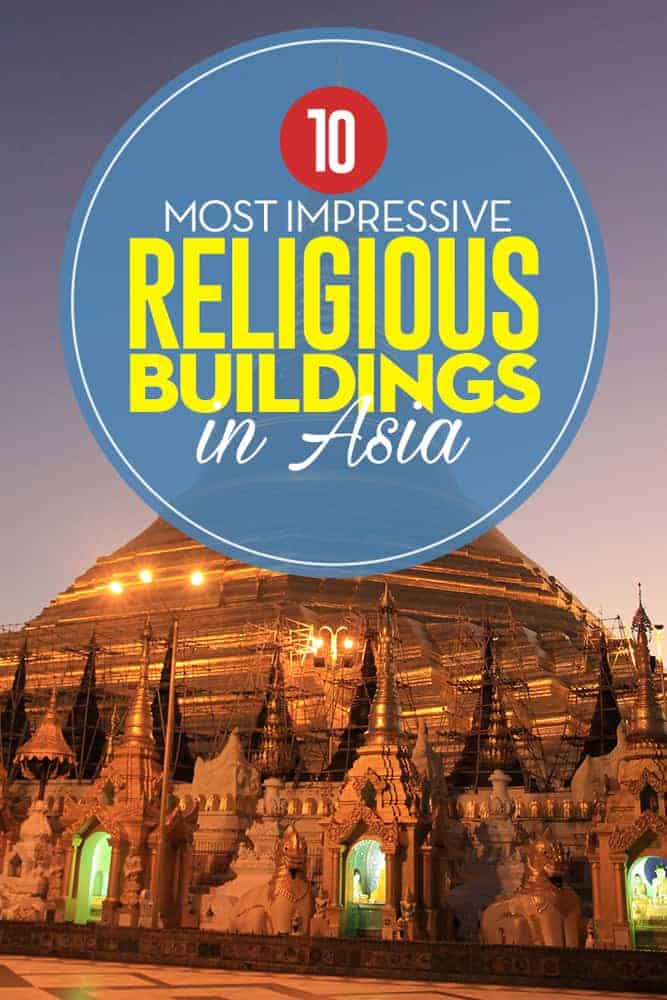 There´s something about the religious buildings in Asia that does magic to you. Yes, we do have some impressive ones in Europe as well, especially some of the Cathedrals in southern Europe.

Arg-é Bam, once the biggest earth built building in the world.
← Previous
Havana 12 Unique Things To Do in Cuba´s Capital
Next →
Click here to cancel reply.

Hey, I just loved the way you described about the Lotus Temple and Golden Temple. I am an Indian and finding that people around the globe loved travelling to our religious heritages makes me very happy. Next time whenever you come to visit India, try visiting: 1) Sun temple in Konark 2) Somnath Temple in Gujarat 3) Varanasi 4) Rishikesh 5) Ajanta & Alora Caves i am sure you'll love this places and its grandeur will leave you spell-bounded.

Hello Christian, I am really enjoying your blog. Just amazing. On your next trip to southeast Asia, can I join you? Moni Zaman from Dhaka, Bangladesh

Ugh I want to go to the monastery in Turkey so badly! Looks like a dream, but it's unfortunate that it is no longer in use anymore. Thanks for sharing :) Takk!

All these are really very beautiful and visiting all these places could be the best experience that one can get in his life. Thanks for sharing this post.

I lived 6 months in Asia and I had the chance to go go to Borobudur, Shwedagon and Angkor Wat but I realized I have so much more to see... I cannot wait to go back. I hope I will soon write articles about it on my travel blog http://mcfollowsthesun.com ;)