Saint John in the US Virgin Islands is unique for a couple of reasons. At almost 70% national park, the island is mostly uninhabited and untouched.

This makes it a great place for people who want to disconnect to visit (or stay). It is technically part of the USA, however, operates on a totally different mind frame.
So, while it’s easy to get to (from the US) and you can use US dollars, it feels like a totally different country. 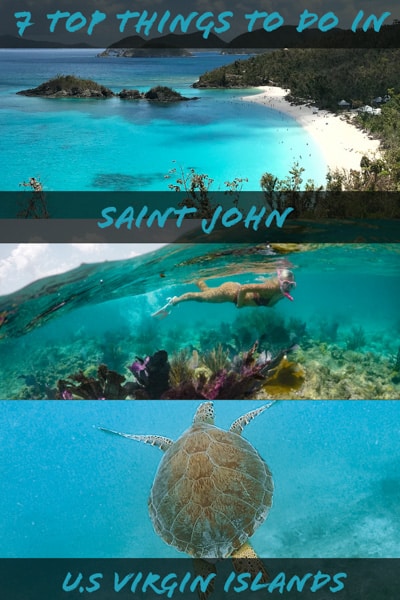 Here are some of the best things to do in Saint John to get the most out of your trip.

1. Check out the amazing beaches around Saint John 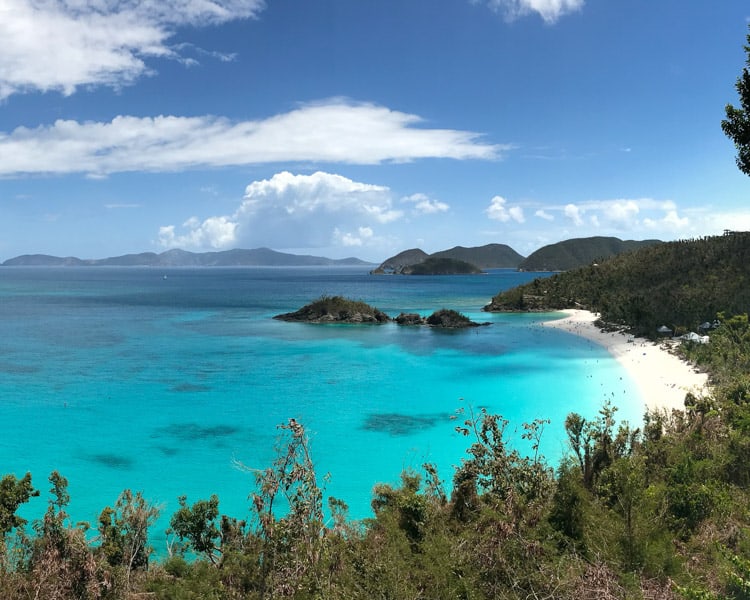 the amazing beach at Saint john

A trip to St John wouldn’t be complete without spending some serious time at the beautiful beaches. The island has plenty of beaches to choose from.
Whether you like long, white sandy beaches or small, pebble cove type beaches, you can find just about everything here.

The biggest thing to consider in St John is transport. How are you going to get to these amazing places?

With a lack of functional public transport, you are limited to a few beaches (even though they’re some of the most beautiful). But to really see the island, you’ll want to rent a car.

If you’re staying in or near the main town of Cruz Bay, you’ll have the option to take the tourist bus that runs up and down the northern side of the island, stopping at the most popular beaches.

These beaches are popular for a couple of reasons. They are your picture-perfect, Caribbean looking beach & they are accessible for tourists.

Here is a quick insight into the best beaches in St John that are easily accessible on the northern coast.

Beaches you need a Car for

While the northern beaches are some of the prettiest and most photogenic, they can get busy (depending on the time of year).
The best solution: hire a car and explore the rest of the island. You’ll need to hire a 4×4 due to the condition of the roads (some roads turn into dirt tracks).

If you’re going to spend more than a couple of days in St John, it is well worth having a car to explore. There are a couple of Jeep rental places in Cruz Bay, and they all have rentals for similar prices.

Once you have a car, these are some of the best beaches to check out:

2. Do a hike to a lookout or a remote beach.

Because St John is mostly national park, there are a lot of hiking trails that you can explore through the day. Many of them lead to remote beaches or lookout locations. Here are a couple of hikes that you need to know: 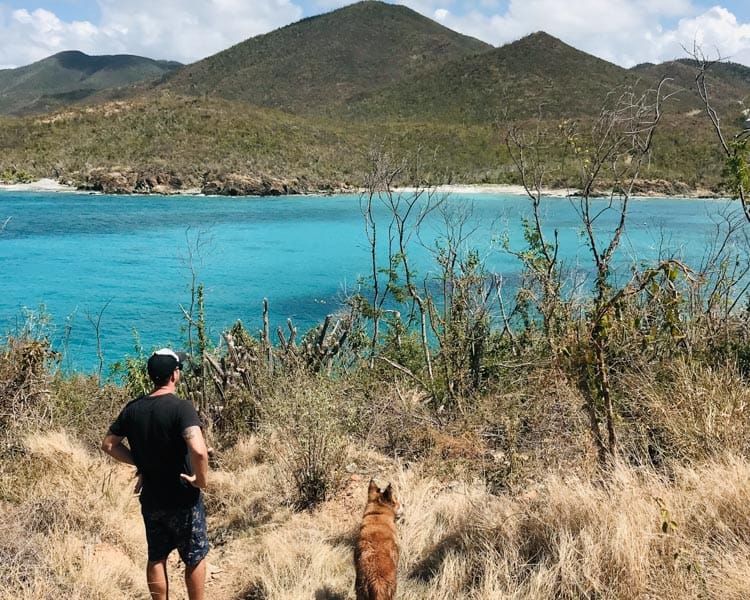 Hiking around Saint John, there´ a lot of amazing views.

St John’s national park boundaries extend into the surrounding waters, making the island 70% marine park also. This is great for snorkelers.
Since the declaration of national park status (1956), there has been no fishing or construction within the marine park areas. 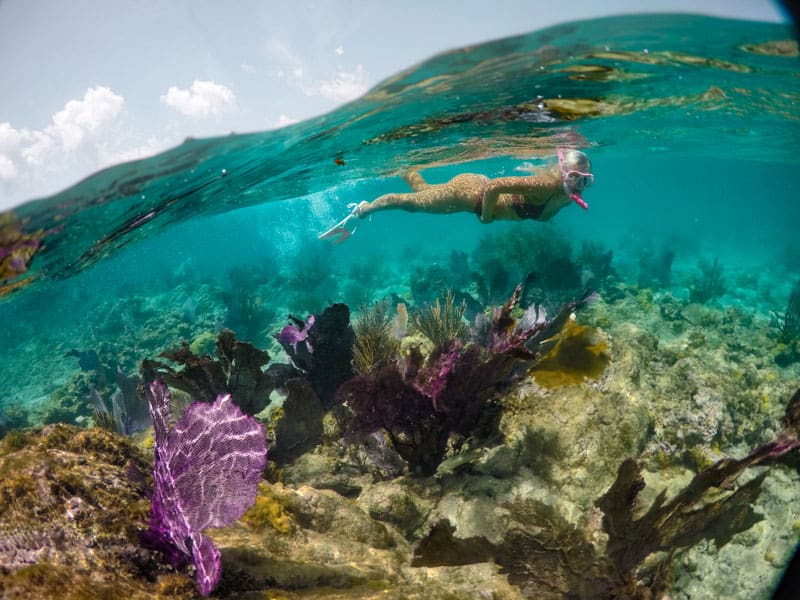 Therefore, the marine life around the island is flourishing and going snorkelling is one of the best things to do in Saint John.
You can see amazing coral gardens filled with tropical fish of all shapes and colours. Here are a couple of the best snorkelling spots to look out for: 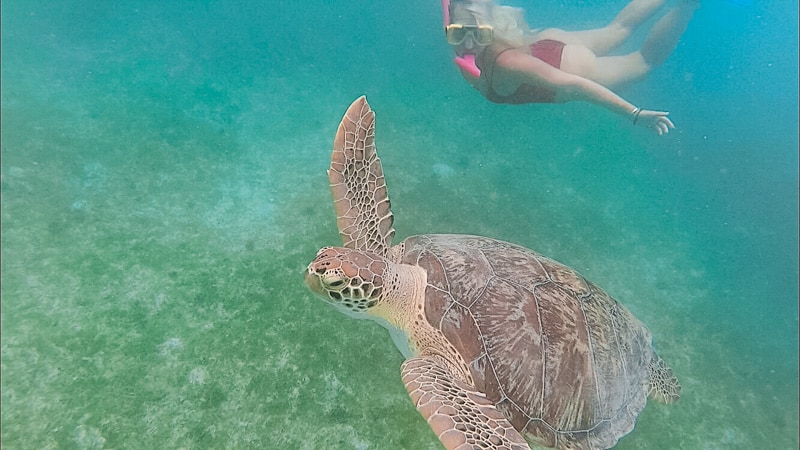 4. Eat a taco at Lime Out Floating Bar.

One of the coolest bars in the Caribbean is Lime Out at Hansen Bay. To get here, you will need a car (or a boat). But it is well worth it.

The little floating shack sits far enough off the beach that you need to work a little to get to it. They discourage people from swimming up to the bar, so you will need to have either a kayak/paddleboard (that you can hire form the beach if need) or arrive by boat.

They do have seats that you can sit at (in the water) and reusable cups that you pay a deposit for. With a great range of tacos and cocktails, it’s one of the best places on the island to spend an afternoon indulging.

5. Jump on stage at the Open Mic Night in Coral Bay.

Pickles Bar in Coral Bay on a Thursday night is a happening spot. There is a surprising number of talented artists living on the island that come out of the woodwork to perform their favourite songs on the bar’s funky stage. 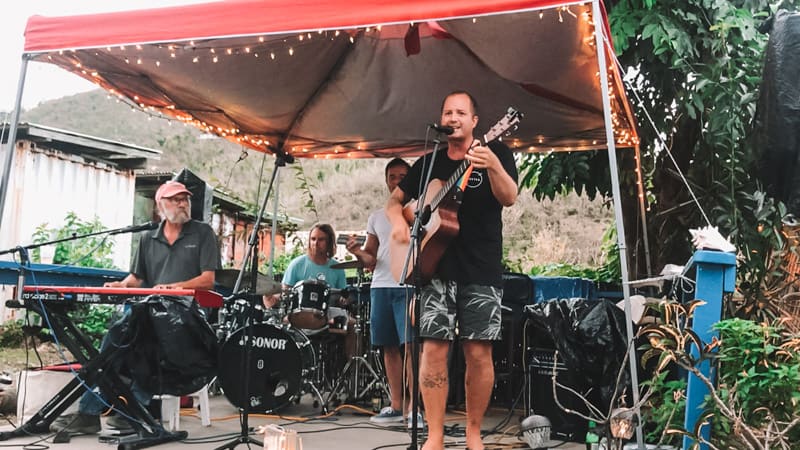 While the level of talent is relatively high, they do encourage everyone to get up and give it a go. As the night progresses, more people build up the courage to perform a song. It makes for an entertaining evening. 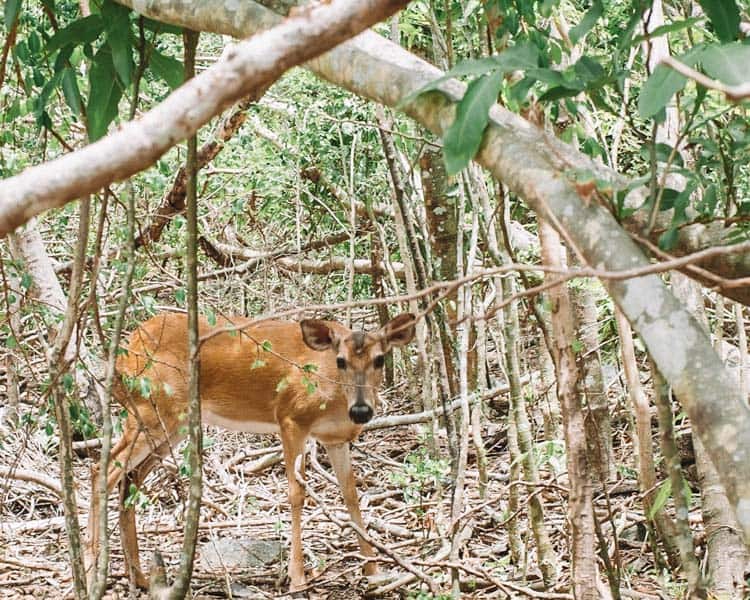 Seeing a deer in the wild might be nothing new for you. But have you ever seen deer walking along the beach?

The best place to see deer on the beach is at Cinnamon Bay Beach. The best time is early morning or late afternoon. The beach is within a national park and opens at 8 AM. So, if you get down there first thing, you might be lucky enough to catch a glimpse of them. Either that or wait until sunset. 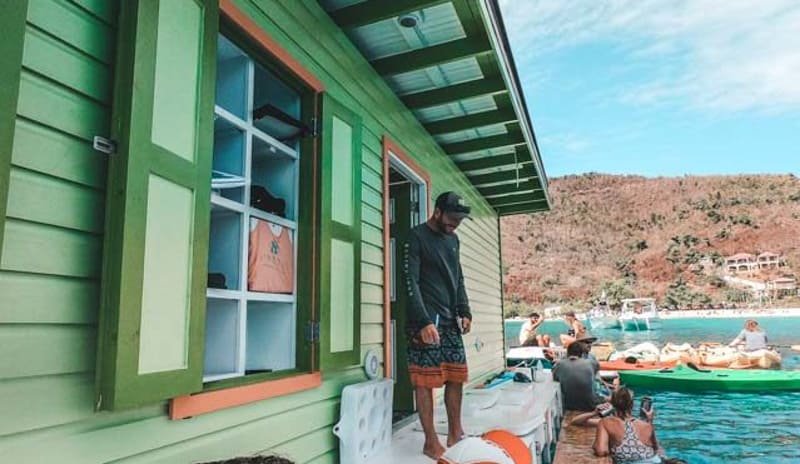 The Bad Kitty is a power catamaran that powers through the water to cover a large area in a relatively short period of time.  Trips run most days and go from St John to the British Virgin Islands (Virgin Gorda, Norman Island and Jost Van Dyke).

This short but thrilling boat trip covers some of the surrounding islands best highlights. “The Baths” at Virgin Gorda is one of the most beautiful and unique beaches in the world.

Kick back and enjoy strong rum cocktails “painkillers” for the afternoon at the white sand beach of Jost Van Dyke.

The amazing crew are friendly, knowledgeable and always willing to top up your drinks (bottomless drinks included in the day rate).

Be sure to have your passport and cash to pay the entrance fee into the British Virgin Islands customs ($USD75/per person). The Bad Kitty crew does all the paperwork for you so you can just kick back on the boat. 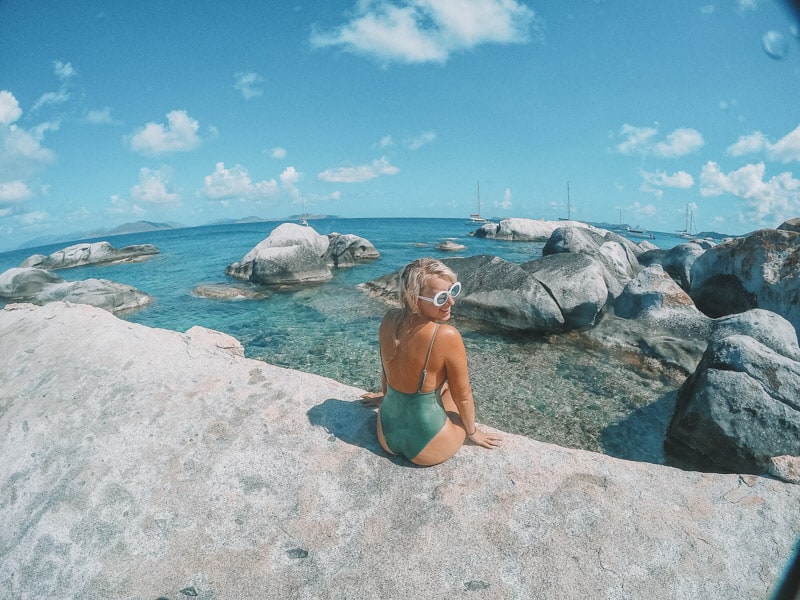 Aaron Salyer.
As part of the Dharma Trails Aaron has lived on the island of Grenada and travelled to many of the Caribbean Islands. Together with his partner, they focus on sustainable ways to live and see the world.