14 Things, i HATE about backpacking.

While travelling and backpacking are amazing, there are things that will irritate you.

There are A LOT of annoying things about travelling and backpacking.  I often hear people talking about travelling is the equivalent of freedom and happiness, but you rarely hear about the more testing travelling experiences.

So here are my top 14 travelling bugbears.

1. The expectation of being happy and talkative

Sometimes I just want to be alone, perhaps enjoying my coffee or beer in a quiet place, or watch a movie on my tablet.
I hate how I am always expected to be social and happy while staying in hostels, and if you tend to sit alone and read a book, people will give you strange looks.

Everyone that has done some kind of travelling is aware of the usual conversations. Where have you been?  How much was it?  What’s your favourite place?  How long are you travelling for? What’s your budget? Etc.

I don´t go around telling everyone that I eat meat and shoving it in people’s faces.

Unless you’re a “hard-core”, vegetarian living in a mud hut in the middle of a forest somewhere waiting for your vegetables to be ready to harvest, you’re using animal products.

No, you’re not a hippie even if you dress like one, get dreads and smell like shit.

Of all the hostels, I have stayed in over the years, and that’s hundreds there are only about 5 that I remember having a good dorm.

You can’t choose who will be in the dorm with you; there’s ALWAYS at least one person snoring, some of the beds are so shaky that it feels like an earthquake every time the other person in the bunk bed is moving.

Some dorms are so cramped that you have to have your backpack in your bed.

Often you come across people that eat in the dorms, so the whole place smells. And there’s always at least one person that doesn´t care if he wakes up the whole dorm with talking into her/his phone during the night, or watches a movie without a headset.

Even I do travel on a budget, so do I try to leave as good as possible, booth when it comes to accommodation and food.

I have met so many travellers that go to China but don´t visit any of the historical places because they can’t afford the entrance tickets and so many backpackers that never leave the hostels in Australia coz they can’t afford to do anything.  These people create a bad atmosphere in the hostel.

It sucks to be cheap both for you and others in the hostel.

And they are making a bad mood in the hostel.

It sucks to be the cheap booth for you and the others in the hostel.

There’s always a person that thinks he knows everything about travelling, even if he has never been to the place.

8. The show of backpacker.

There´s a lot of travellers out there that puts flags of the places they been, It sucks.

Not only does it make your backpack heavier, but it also looks stupid, same with the t-shirt that says, “I survived the Inca trail”, “Tubing Viang Vieng” Full Moon Party. Safari in Kruger.  You travel to enjoy yourself, not to show off.

Mostly a problem in Europe, America, and Australia, clean up after yourself!!  Doesn’t matter how many signs are put up around the kitchen.

Your mom doesn´t work here, clean up your mess.

This one speaks for itself.

11. The “I have to do what everyone else does” mentality.

As I have mentioned a lot before, why don´t people go out and explore more often? 99% of all travellers have this mentality that they have to do the same as everyone else. Why?

12. The ones that always have to play a guitar.

There’s always a person in a hostel that think everyone wants to hear him play his or the hostel’s guitar.

NO, we do NOT want you to hear you play, if we would like to hear a person play a guitar, we would have gone to a bar with live music, not sitting around the hostel talking.  Even if the person playing is talented, why does he always play the same bloody song as everyone else?

There are few things that annoy me more than a traveller and his guitar.

On occasion, I get the bunk-buddy who washes his clothes and insists on drying his towel, socks, and shirts on the bed (Like it’s not humid enough at most hostels).

It doesn’t matter that you both share this bunk – he will hang his half-washed stuff right in front of your face.  Maybe it’s out of fear that people might steal his “I <3 Cambodia” t-shirt, or that he just loves the smell of wet socks in the morning – I have no idea!

Yes, it was possible to travel around before the smartphone entered the market. I admit travelling with a smartphone is a lot easier than travelling without one, but I do not need all the other stuff, especially not a solar panel, portable speakers, PC, 10 adapters,  etc., etc., etc…

Have you remembered to read my post ” How to save money while travelling? 11 quick tips 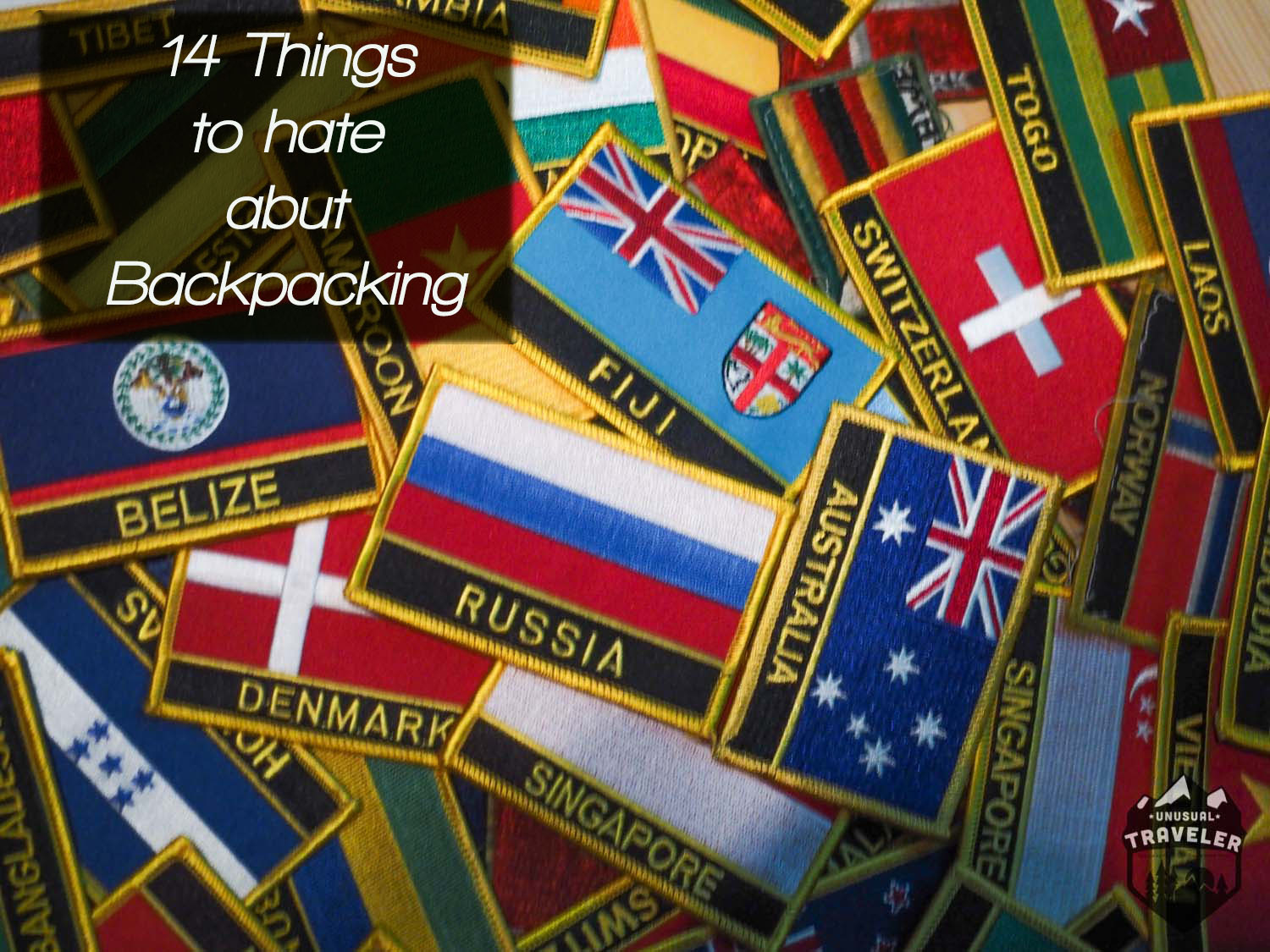 Everything You Need To Know Before Doing The Annapurna Basecamp Trek
← Previous
Langtang Valley trek, after earthquake. Still possible
Next →
Click here to cancel reply.

I've stopped staying in dorms. I hate: People who packs very early in the morning, & they almost always have tons of plastic bags. People who choose to stay at a dorm with AC when there's the option to stay at a dorm without one, but always switch if off even though it's scorching hot. Chatterboxes who talk talk talk all night even when they everyone's sleeping or at least try to sleep.

A very unique article about backpacking. I agree with your dorms and cheap backpackers. Many people think they know about backpacking but they may not be very experienced especially when they travel on group tours. Thank you for the valuable information provided by you on such an interesting subject. I really liked your article!!!

I love that article. I still use a backpack but I don't consider myself a backpacker anymore. About the cheap backpacker: Yesterday, I was eating at a small restaurant in Cusco/Peru. Two guys approached, the waitress showed them the menu and they started to complain in German that eating out was so expensive in Cusco. I mean, the average menu cost about US$ 5 -6 and it was good food. In Germany, you'd pay at least three times as much. And yes, those vegans and wannabe hippies who think they're better than the rest of us. I mean, about 70% of what I eat is vegetarian or vegan but I prefer to be flexible. I don't like fanatics of any kind.

Haha. Awesome! I can relate. Especially that damn guitar ?

Yeah there´s nothing worse:p almost a reason not to stay in hostels:)

Haha Christian, this has me laughing out loud. You've hit the nail on the head with every single point!

Hii Carly, finally someone that agrees with me :)

Do you got anything you hate about backpacking?