Oman is fast becoming the new “hot” destination in the Middle East for independent travellers that want to go out and explore for themselves.

Also with being one of the most liberal, diverse when it comes to nature and probably being the most peaceful country in all of the Middle East, it’s not hard to understand why more and more tourists are coming here.

If you are planning a road trip between Dubai and Muscat check out this great guide.

The Omani government has officially said it will spend one billion dollars to improve tourist facilities over the next few years, so expect things to improve a lot in Oman. 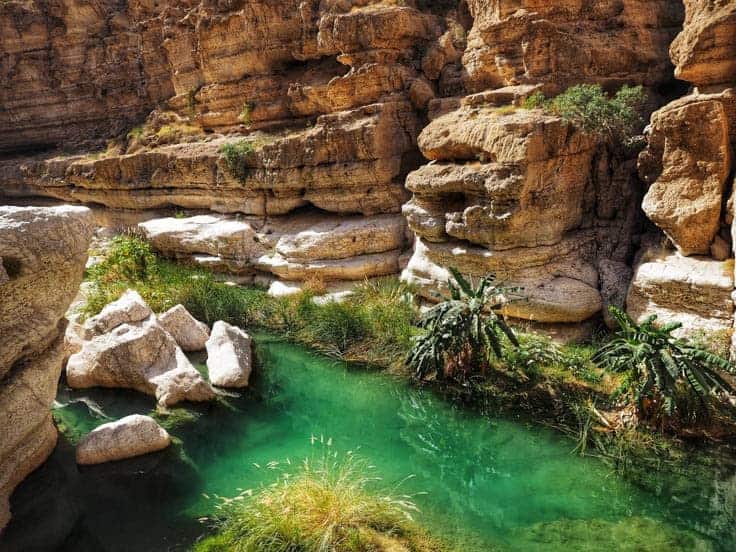 On the way to Wadi Shab.

While Oman is a great travel destination it is far from being a backpacker-friendly destination. Oman is one of the least public transportation friendly countries in the world, there´s no train, and public buses don’t reach the famous sites around the country.

If you travel to Oman and have a long layover in Oman check out this guide for some great tips on what you can do in.

So you only have two options if you want to explore Oman, rent a car or book a tour.

Here are 8 Essential Things To Know About Visiting Oman.

Oman did recently change it´s visa rules, while you’re earlier were able to get the visa on arrival will you know have to get an E-Visa in advance.  By 1 April (that´s when I arrived), you were still able to get the visa on arrival from a different counter, but the line with people waiting for that counter was extremely long so with an E-VSA will you be able to bypass that que and head straight to immigration. It will save you an hour or two.

The immigration queue takes typically between 5 to 30 minutes if you arrive during quiet hours, but if you arrive at the wrong time, (around midnight) can it take up to two hours(this is additional to the visa on arrival line).
I arrived 23.45 and had to stand about an hour in que, but while I was standing in line did more flights arrive, and que was in the end so long that it went around a corner.

Entry will be refused to citizens of Israel. But having an Israeli stamp in your passport is not a problem for entry. 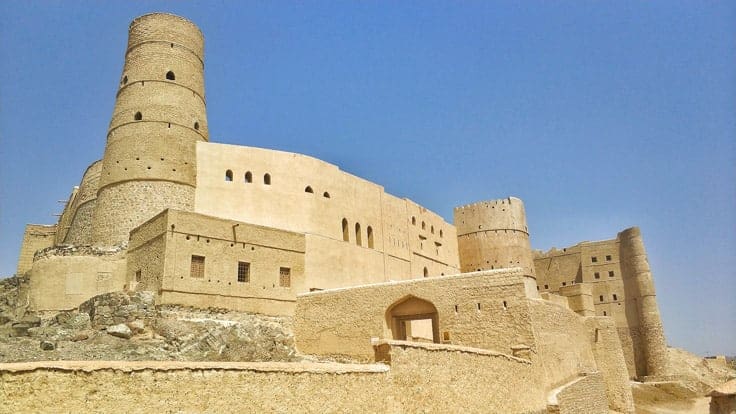 If you are planning a to stay a few days in Muscat, be sure to check out this guide with top things to do in Muscat.

A Taxi to the area around Oman Grand Mall is 11-12 Rial. And A Taxi to the old part of Muscat and Mutrah is around  20 – 22 Rial.
Your best and cheapest option is to get a rental car, all the big car rental companies have branches at the airport, but you can get better deals in the city. But then you will have to pay for a taxi to the city centre. 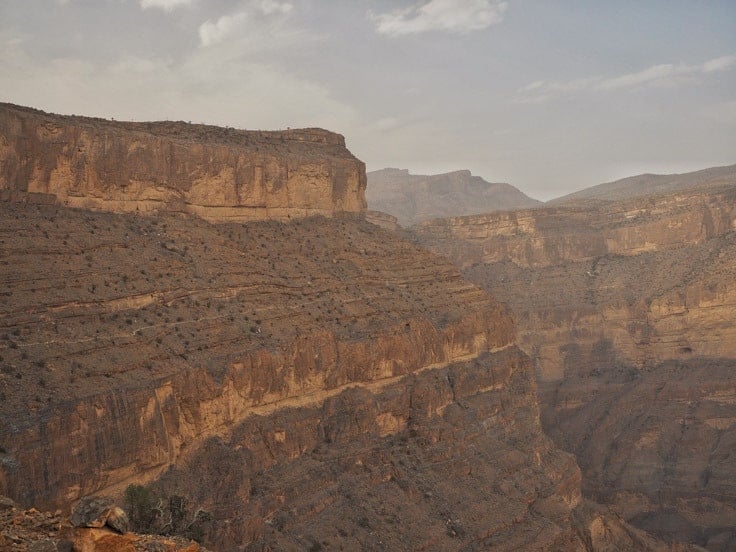 The currency in Oman is the Omani Rial (OMR).
One Rial is made of 1000 baisa. The Rial is officially tied at 2.58 US dollars per 1 Omani. Making the Rial one of the most valuable currencies in the world.

Credit cardS is widely accepted, I paid all my nights at the hotel and shopping in restaurants and grocery stores with my credit card.
ATM: Your best bet to find ATM´S if you want to withdraw money is inside shopping malls. I didn’t have to pay  ATM fee in any of the ATM´s I used during my visit, Bank Muscat and HSBC.

The currency from the United Arab Emirates (AED) is also widely accepted around Oman.

NB. Upon my arrival at Muscat International Airport was ALL ATM´S out of service. All 5 of them. So you better bring some hard currency with you.

Free WiFI is widely available in all coffee shops, restaurant, malls, etc. But you need a local sim card for that since you will need to receive a code by SMS to log in. You had no option to choose different numbers than a local Omani phone number.

A local sim card is 2 Rial and 3 Rial for 1 GB internet. It takes about 5minutes to get a sim card, bring your passport.
The network coverage is excellent, and I had the 4G connection about 99% of the time. 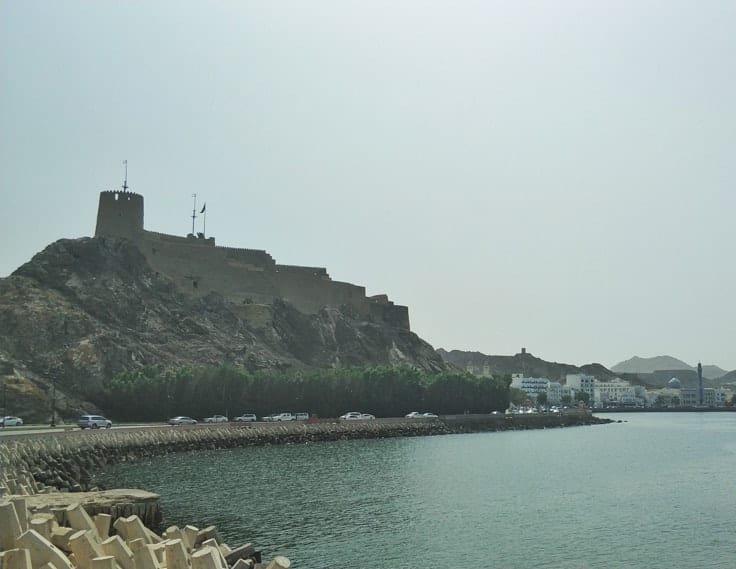 Public Transportation around Oman is insufficient; you do get good aircon buses between the main cities like Muscat, Salalah, Sohar, Sur, and Nizwa But none of the main sites like the Wadi´s and the Jebel Shams mountains is reachable by public transportation.

So your only option is to rent a car or to do a tour if you want to see Oman.

A bus to Dubai takes 4-6 Hours depending on how many people on the border. 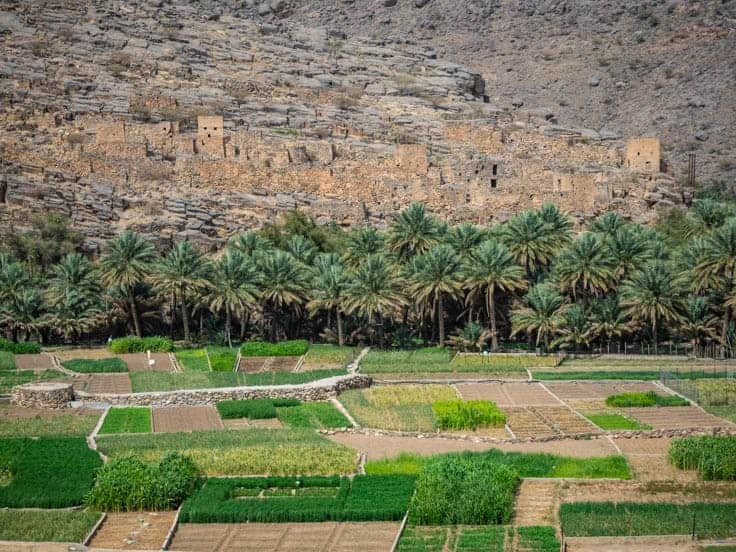 Farmland on the way to Jebel Shams

What care to choose when driving in Oman.

All these places I went to is easily reachable with a Sedan, and I did meet locals in sedans at every single site. So there´s no need to spend the extra money on a 4X4 if you are on a tight budget. 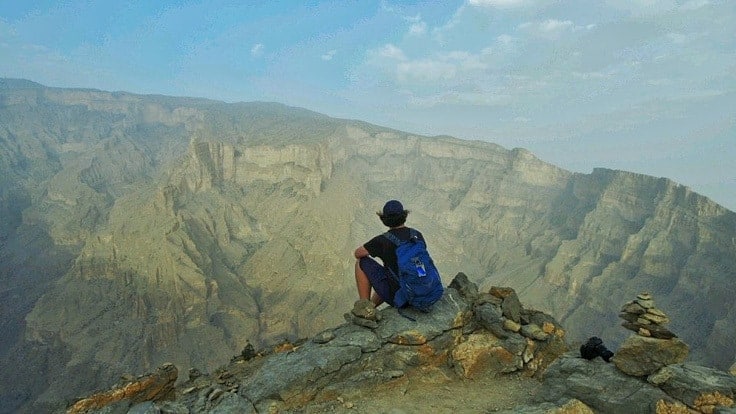 Enjoying the vire from the top of Jebel Shams

Camping laws in Oman are very liberal and very similar to my home country, Norway.
And locals love camping as much as Norwegian, so if you are lucky to be in Oman during a weekend will you see locals camping “everywhere,” and there´s a significant change they will invite you over for a BBQ and some tea if your camping nearby.

You can literally camp everywhere you want in this amazing country, except on someone’s property, farmland and inside cities. When the sun is setting, will you see tent´s popping up everywhere.
I camped next to the ocean a few hours south of Muscat, on the desert between Wadi Bani Khalid and Nizwa, and on Jabel Shams.
And I was never alone; I could see small dots that were people camping “everywhere ” in the distance. 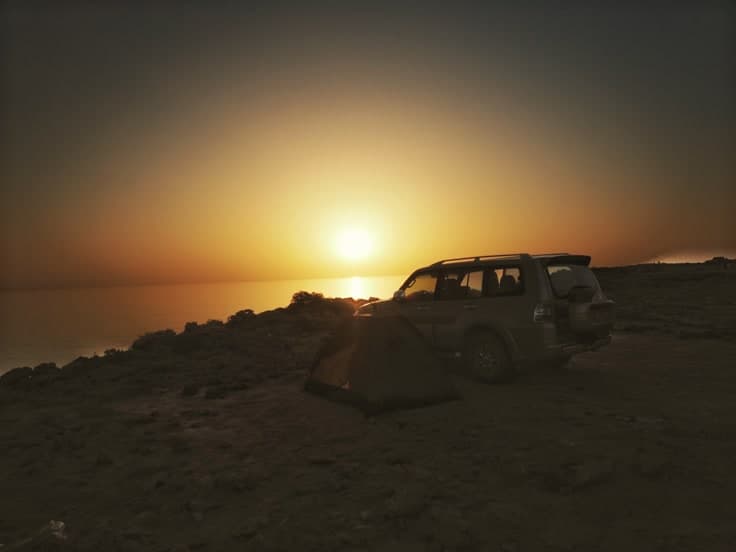 I am camping next to the ocean.

Carrying a drone with you is getting more and more popular, I usually do that as well, but Oman doesn’t allow drones for amateur use at all. And I did hear about tourists getting their drones getting confiscated by the costume at the airport.
But I did see some tourists using drones in the wadis. So apparently some people manage. 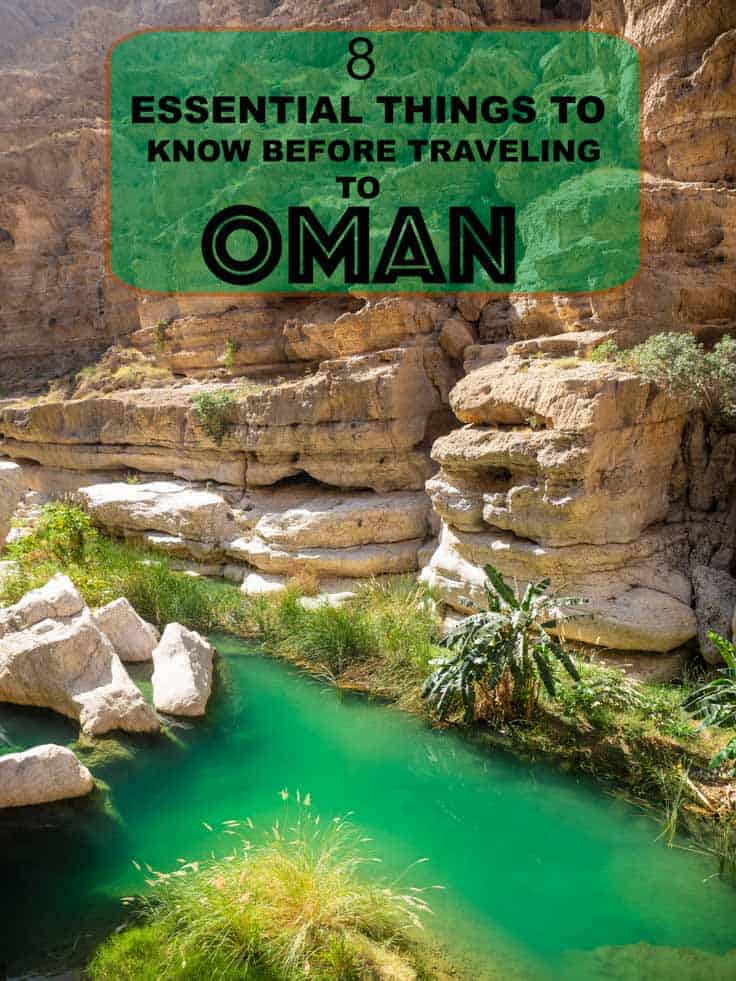 Everything You Need To Know About Visiting Oman. One of the most peaceful countries in the middle east 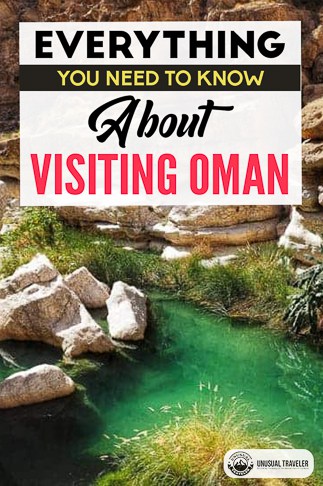 Everything You Need To Know About Visting Oman. One of the most peaceful countries in the middle east