We have all seen photos of the magnificent Cappadocia in Turkey, where houses and hotels are built into the unusual rock formation that looks like termite hills.

A lot of people and even travel magazines think that’s one of a kind, but that’s completely wrong, Iran got their own “Cappadocia“.

Kandovan might not be as stunning as Cappadocia, and you will definitely not be able to post selfies on Facebook from a hot air balloon, but on the other side you will have Kandovan entirely to yourself, and you will not be required to pay an entrance ticket like in Turkey.

If you are planning to visit Kashan during your trip to Iran, be sure to check out this post.

Kandovan is located in the East Azerbaijan province in the far western part of Iran. 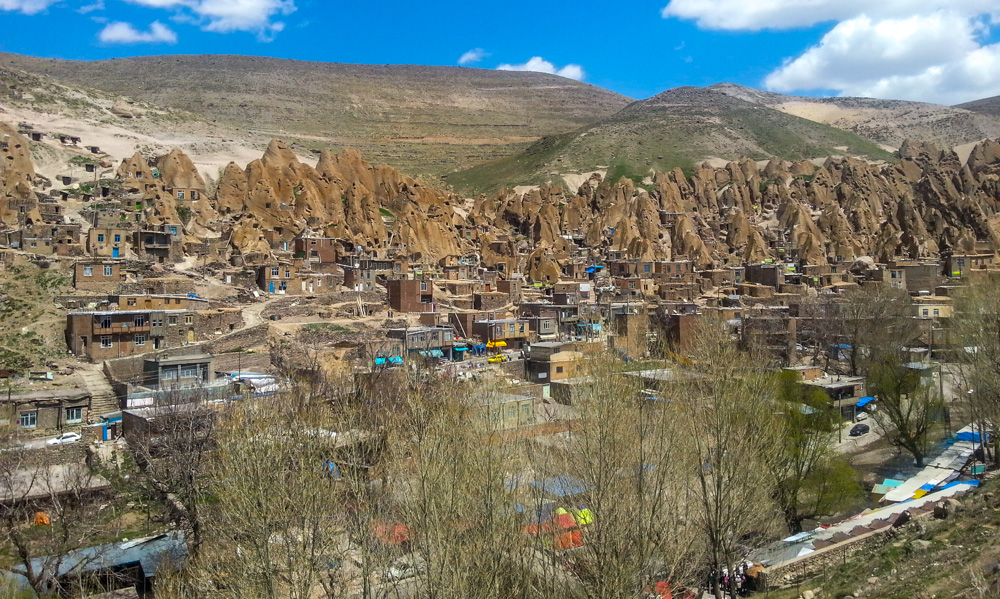 The easiest and the only way to reach Kandovan is from the East Azerbaijan province capital, Tabriz.

Tabriz is an important city and one of Iran‘s historical capitals. It has one of the oldest bazaars in the Middle East and the largest covered bazaar in the world. It’s also part of the UNESCO world heritage site.

The bazaars, which is still fully functional today, history goes all the way back to the Silk Road area when it was one of the most important commercial centres.

Another impressive sight in Tabriz is the Blue Mosque that dates all the way back to 1465. The mosque was severely damaged by an earthquake in 1779, and these days only the entrance hall remains standing. 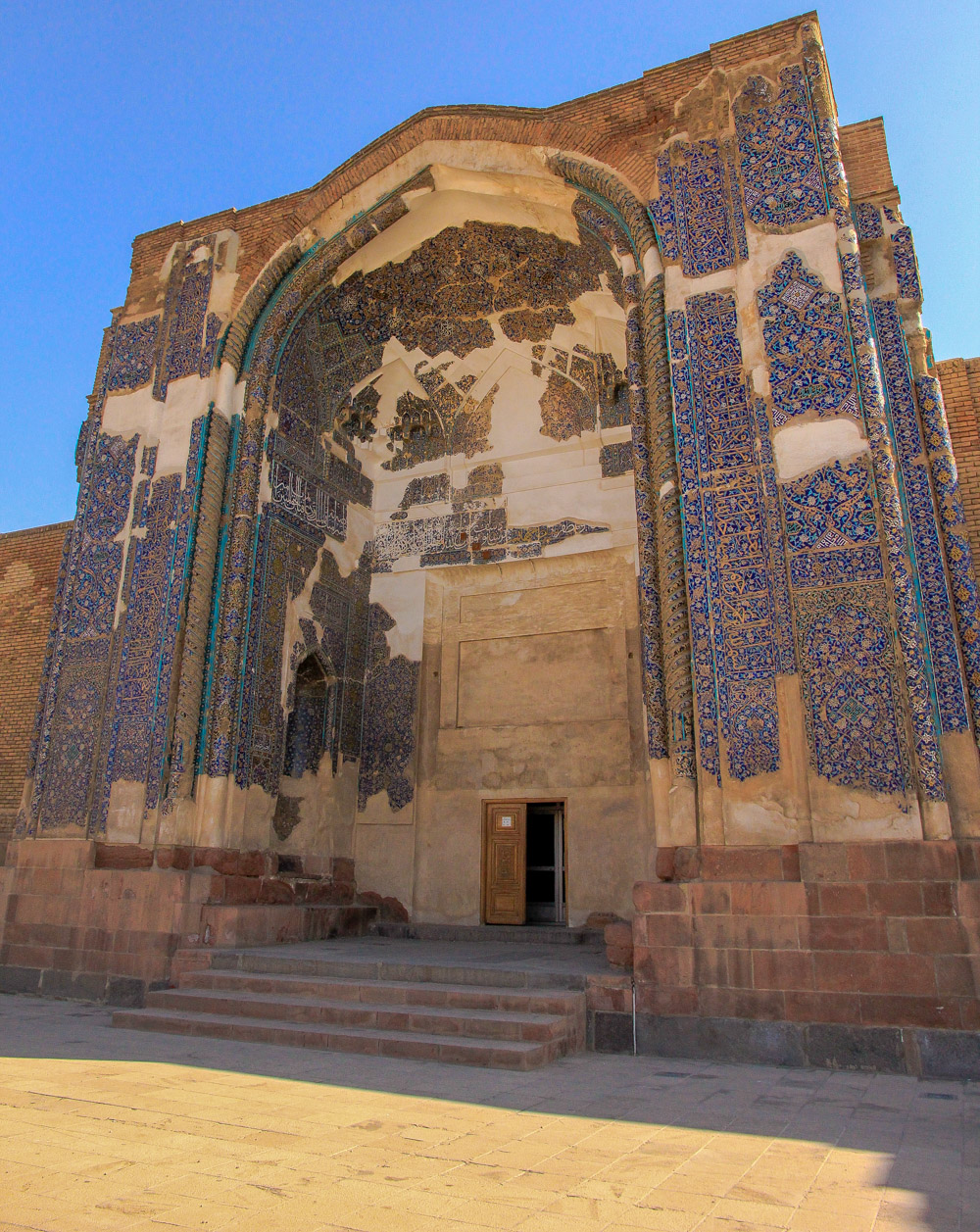 Kandovan is located about 55Km (34 miles) south of Tabriz in Sahand Protected Area. It’s easily reached by Taxi, or at least that’s what I did since I couldn’t figure out if or where there was any bus going there, so I ended up hiring a Taxi that charged me 20 USD for a round trip. The trip was well worth it since the old gentleman also invited me for dinner with his family when we returned to Tabriz.

There’s not much information online about when or why people started to inhabit Kandovan. According to the locals I talked to, their ancestors have been living in Kandovan since they were fleeing from the Mongol conquerors in 1220. Some families still live in houses that remained from that age.

Now more than 600 families are living in Kandovan. The living conditions are still fundamental, but they do have a few new benefits like electricity and the internet now. 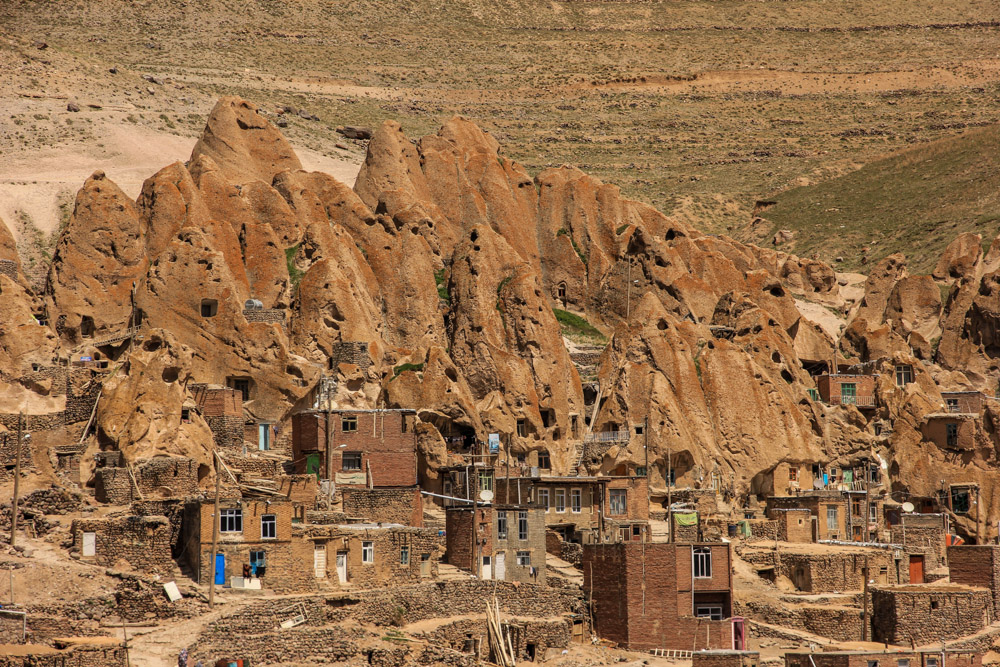 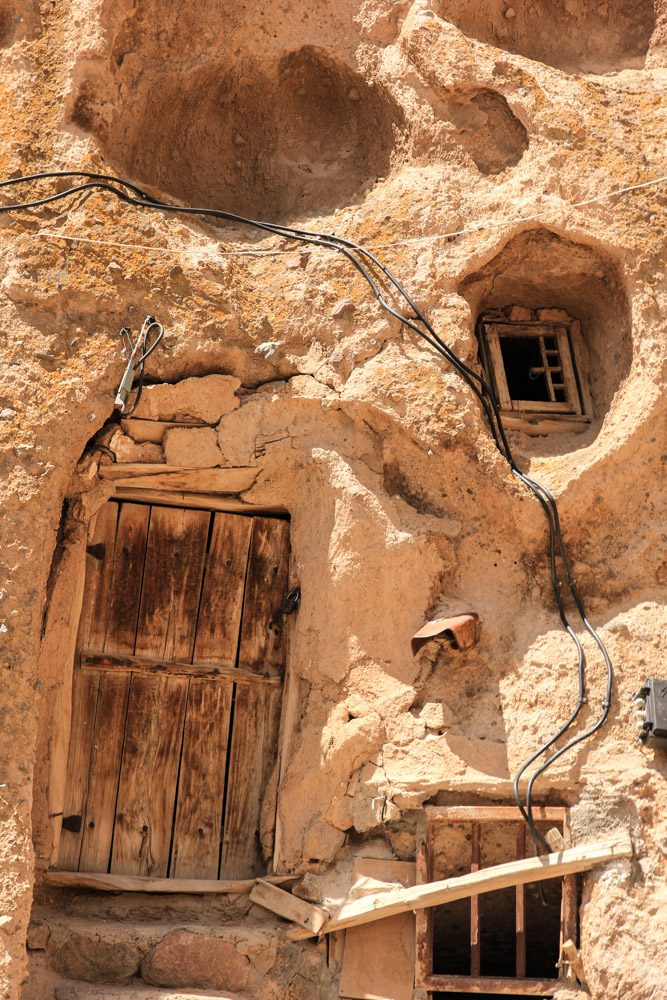 Doors and windows dogged out into the rock. 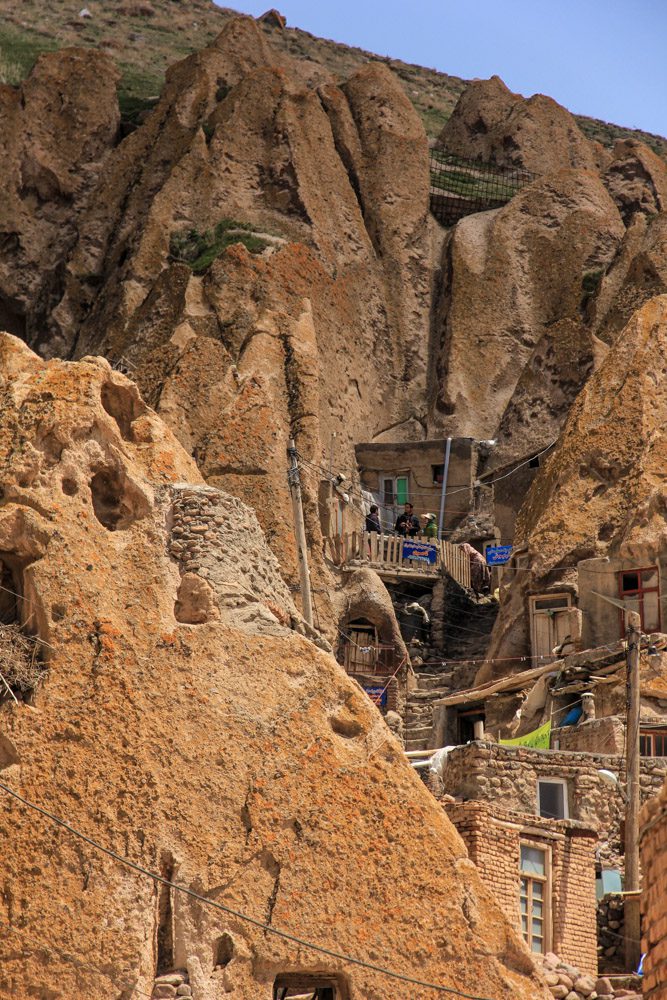 Not wasting any space. 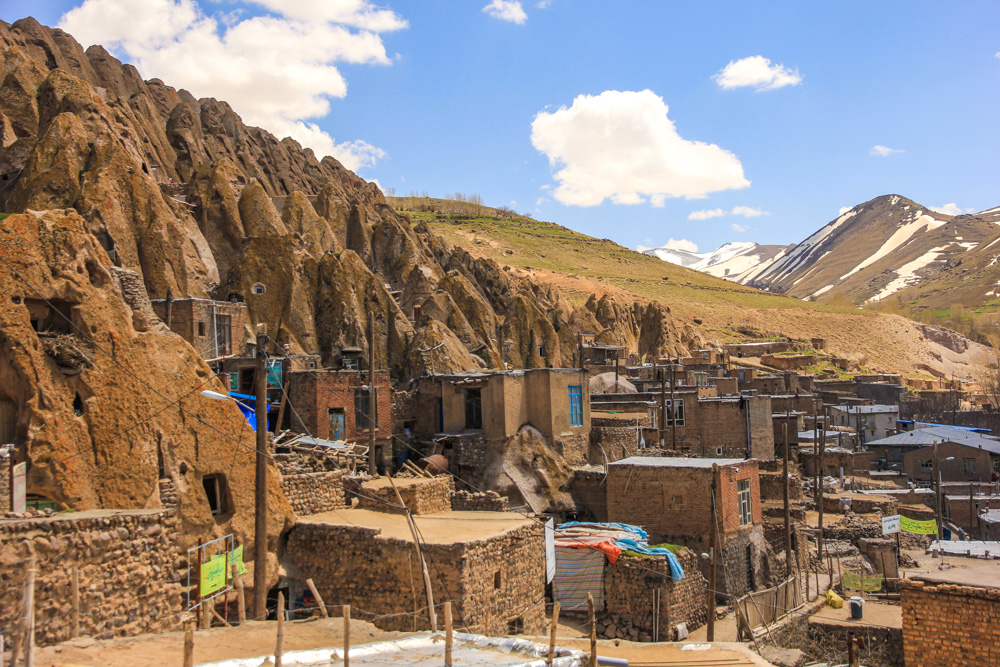 There´s still some snow on the hill tops around Kandovan

Kandovan is maybe not as spectacular as Cappadocia in Turkey, but at least you will not be hassled by sellers and tour guides, you will be able to walk completely free around on your own, and you won’t have to buy an entrance ticket either here.

Kandovan is also a glimpse into how Cappadocia looked like before the hoards of tourist discovered the place. Cappadocia is VERY touristy these days while this place is entirely authentic.

As I have already mentioned earlier in the post, the easiest way to reach this place is by Taxi from Tabriz; I paid 20 USD for a roundtrip.

While this place is mostly unknown to people outside of Tabriz and Iran, is it famous for people living in western Iran, so there is a few hotels and restaurants in the area. There are also a few decent local restaurants that serve the most common local food.

Is it worth it? 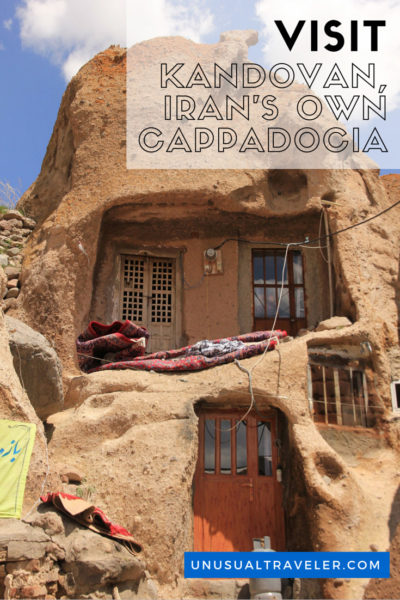 13 Must Try Indian Beers (Don't Miss These When You Go to India)
← Previous
Travel Guide To Leshan Giant Buddha in China, One Of World's Largest Buddha Statues.
Next →
Click here to cancel reply.

hi. I will be in iran in dec with my family. yeah I know it's pretty cold that time. my question is did you pay the taximan in usd or rial? did the people in iran take usd or euro cause I will spend a week in iran then heading to turkey later.

Hello Zara. I paid everything in Iran in Rial, but the people will happily accept USD or Euro too, BTW ALL the money changers is closed on Friday..

Very interesting. I added it to my wishlist. Thanks for sharing

nice article! ? it's really worth a visit if you want something "off the beaten path" travels! ??

Hello. Thank you, luckily for us is most of Iran, still off the beaten path so , so it´s easy to get amazing places completely to your own:)