Chittagong Hill Tracts in Bangladesh: Everything You Need To Know Before Visiting

The Chittagong Hill Tracts is situated in southeastern Bangladesh, bordering India and Myanmar/Burma and is a destination of its own.

It is a region home to 11 different tribes who’s language, cultural history, dress attire and religion (which is Buddhist while the rest of Bangladesh is Islamic) differ significantly in comparison to the rest of the country.

Unlike the signature surrounding flatlands, the landscape contains an array of plentiful rolling hills, lakes and waterfalls.

Life goes on with ease and is a tranquil escape from the chaos in the capital of Dhaka. The Chittagong Hill Tracts region remains more of a neighbour to Myanmar/Burma than Bangladesh itself.

Before making a visit to the Chittagong Hill Tracts, you must have a permit. The permit can easily be obtained at the State Office in the city of Chittagong.

The permit officer is incredibly friendly and will likely offer you a cup of tea while sorting out the paperwork. He stated I was only the 45th foreigner to visit the area in the last three years.

As you continue your journey to the tracts, you will encounter a few Military checkpoints. You must have your permit checked and your name added to the registration book.

The permit allows you to visit the three districts: Khagrachari, Rangamati, and Bandarban.

I visited Rangamati and Bandarban. 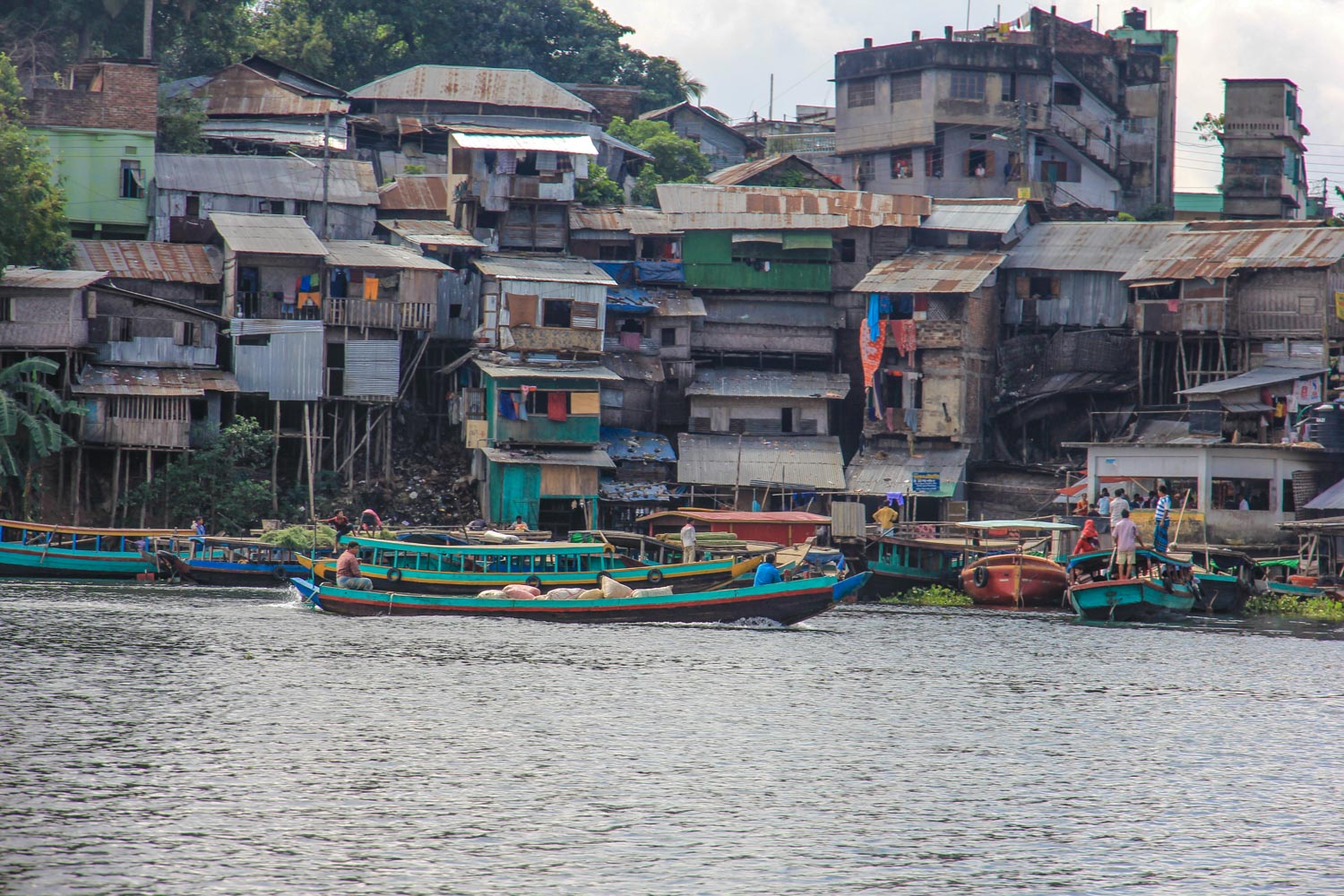 Town of Rangamati. Not the prettiest city on earth. 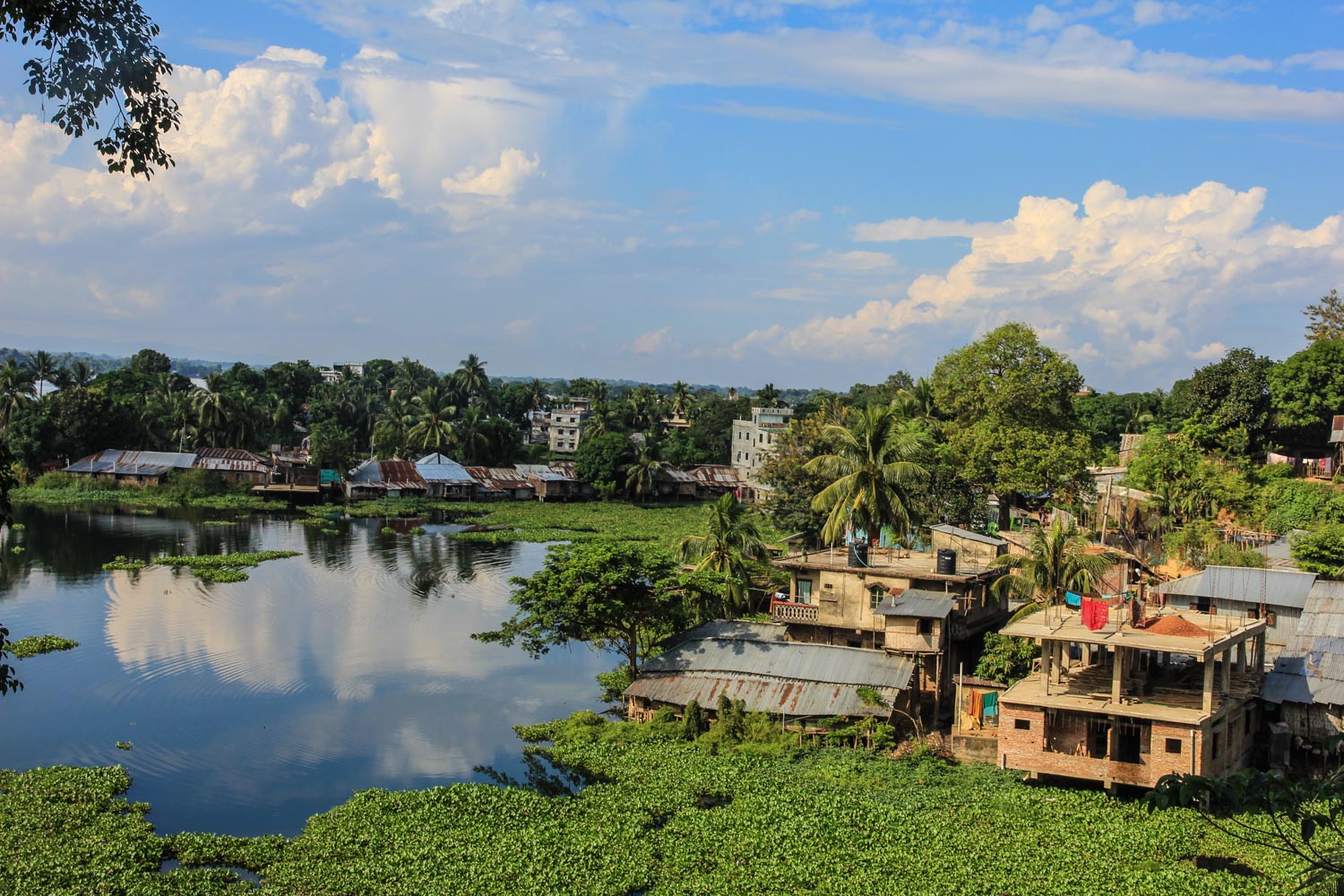 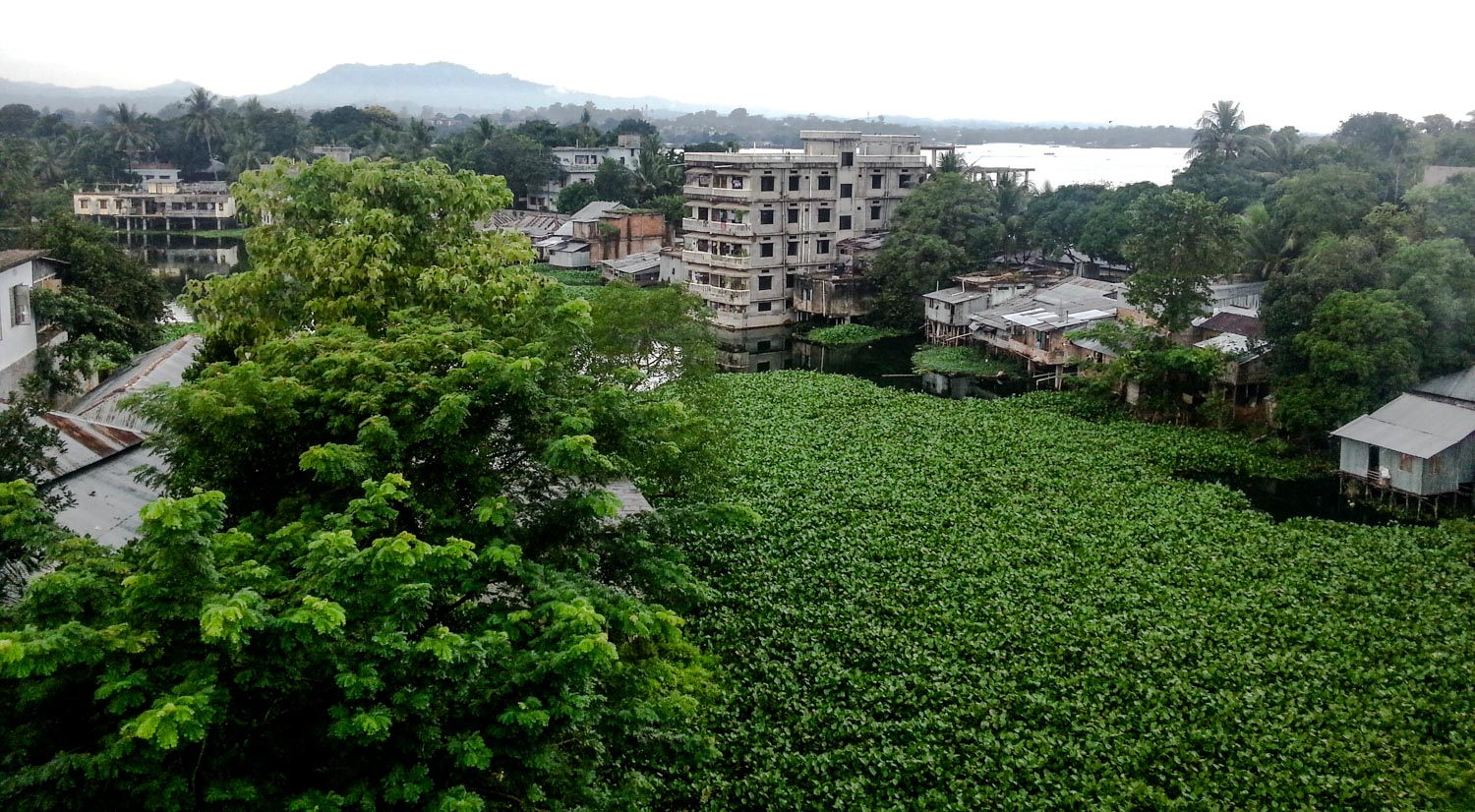 View from my hotel room in Rangamati.

While the town of Rangamati is not the most eye-appealing destination on earth, it is the only place to find accommodation in the area. Due to strikes and road closures, you may be forced to spend a few extra nights here, so be sure to plan accordingly. I had to spend two extra nights here for that reason.

There is still beauty to be found at the most popular attraction in Rangamati known as Kaptai Lake. The Lake was a man-made project constructed in the 1960s as the Kaptai Dam on the Karnaphuli River and was part of a Hydro-electric project. The lake is up to 490feet / 150m deep these days. Construction of the lake also created a chain of numerous islands through the hill covered landscape.

The itinerary of your stay should include a tour of Kaptai Lake and its islands. Some islands are home to the area’s waterfalls and small communities while others contain tiny guesthouses and fruit plantations. 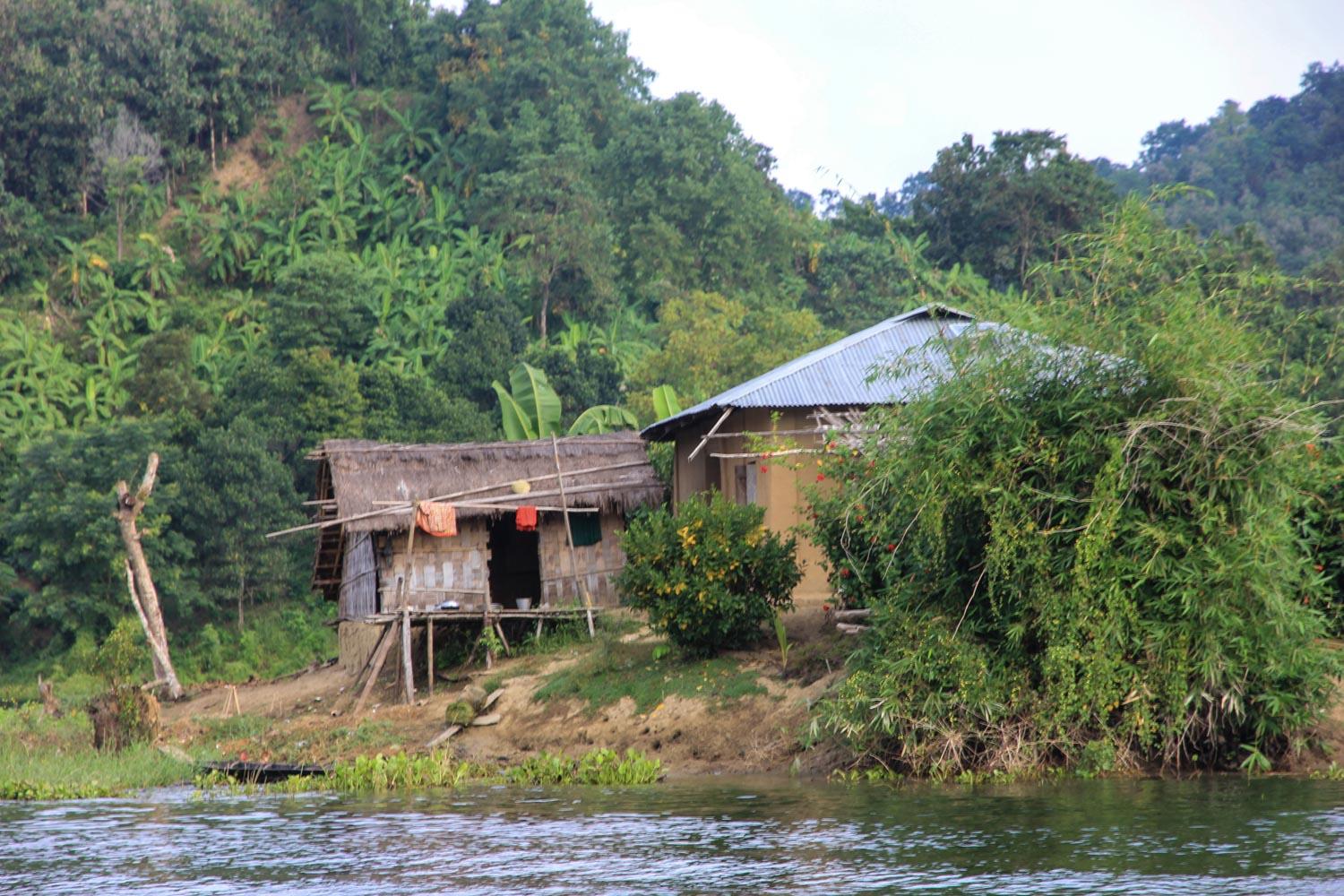 A small community on the lake. 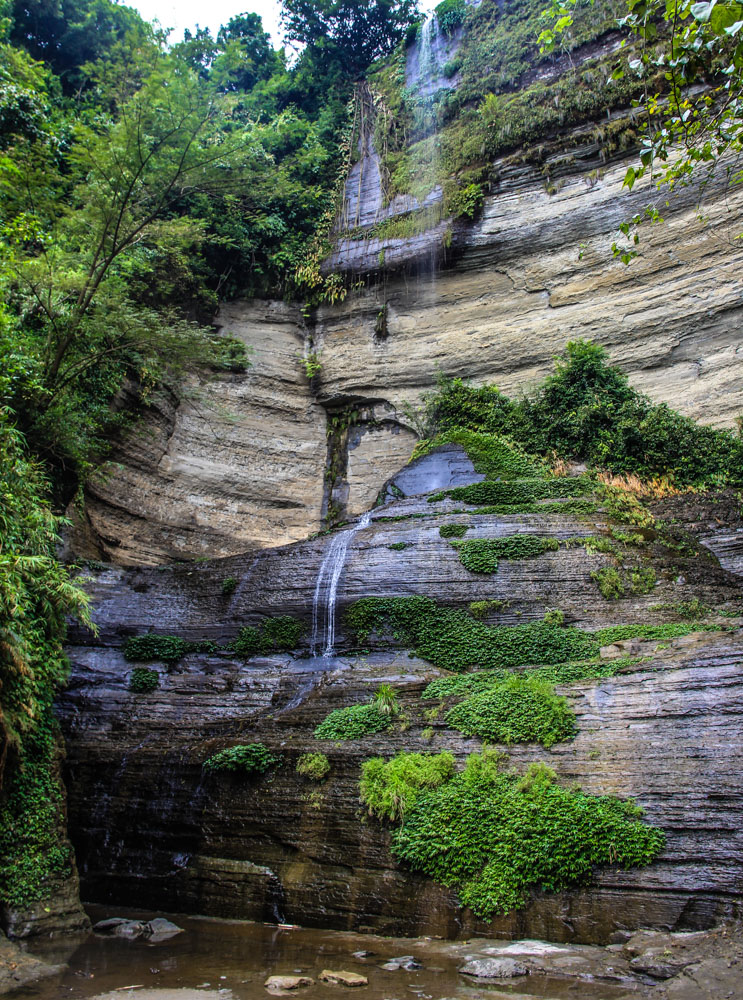 One of the waterfalls the locals were highly proud of. It was the dry season during my visit, so not much water. 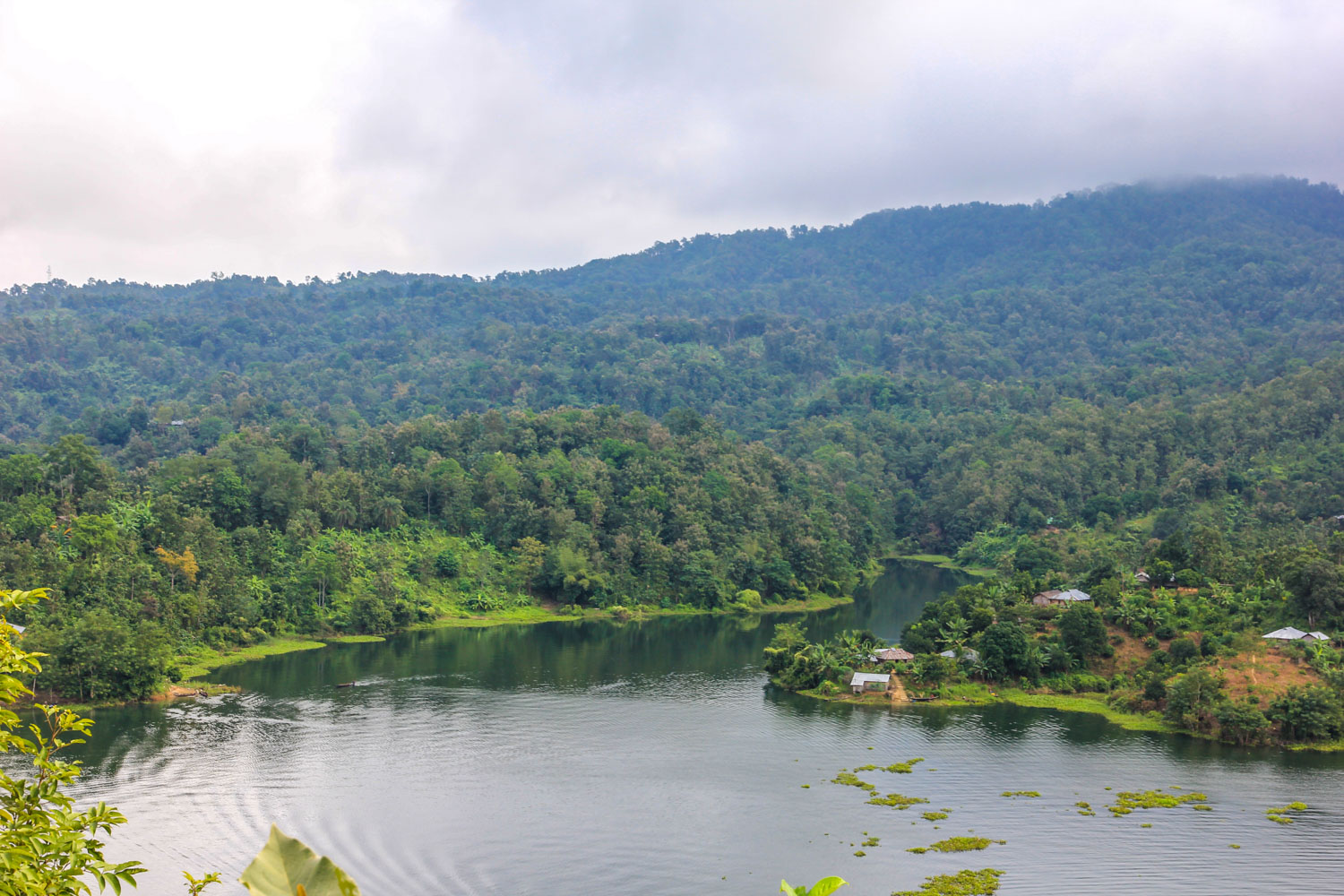 View from one of many islands in the area. 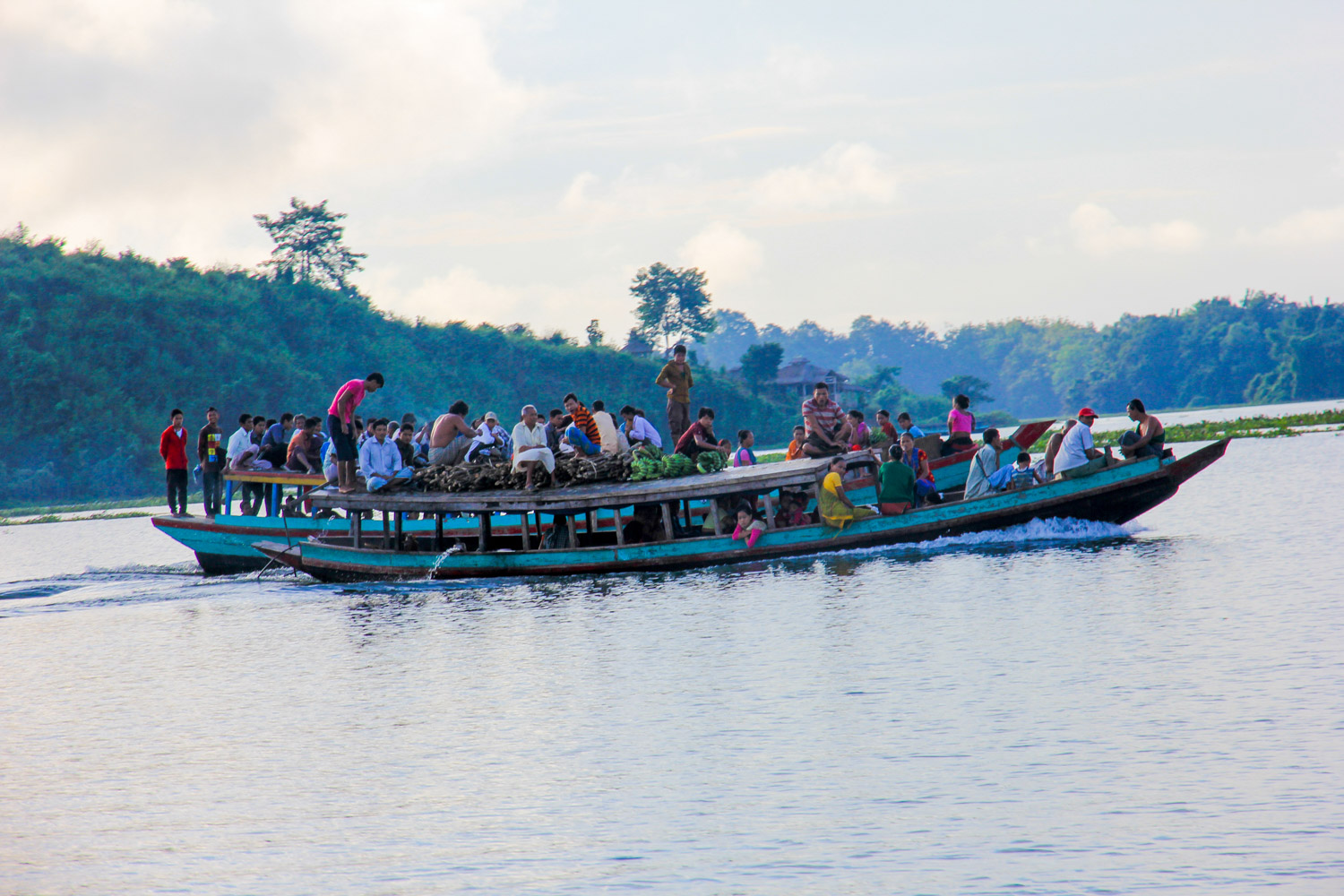 Locals are getting around on Kaptai Lake. 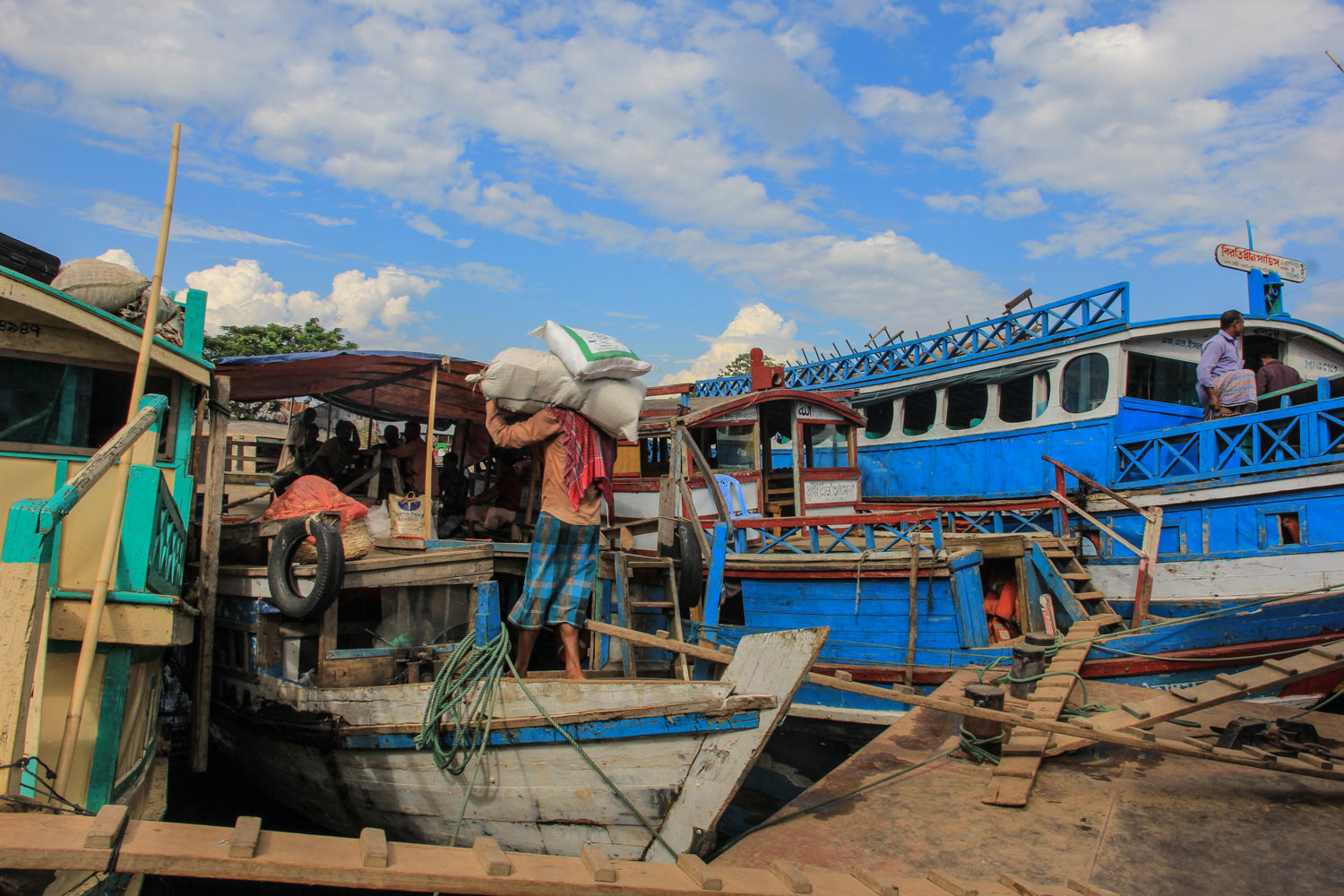 Like everywhere else in Bangladesh, transportation is done by boat.

Bandarban is the most remote and least populated district in all of Bangladesh.  The most famous must-see located here is the Buddha Dhatu Jadi temple, also known at the Golden Temple of Bangladesh the largest Buddhist temple in Bangladesh. 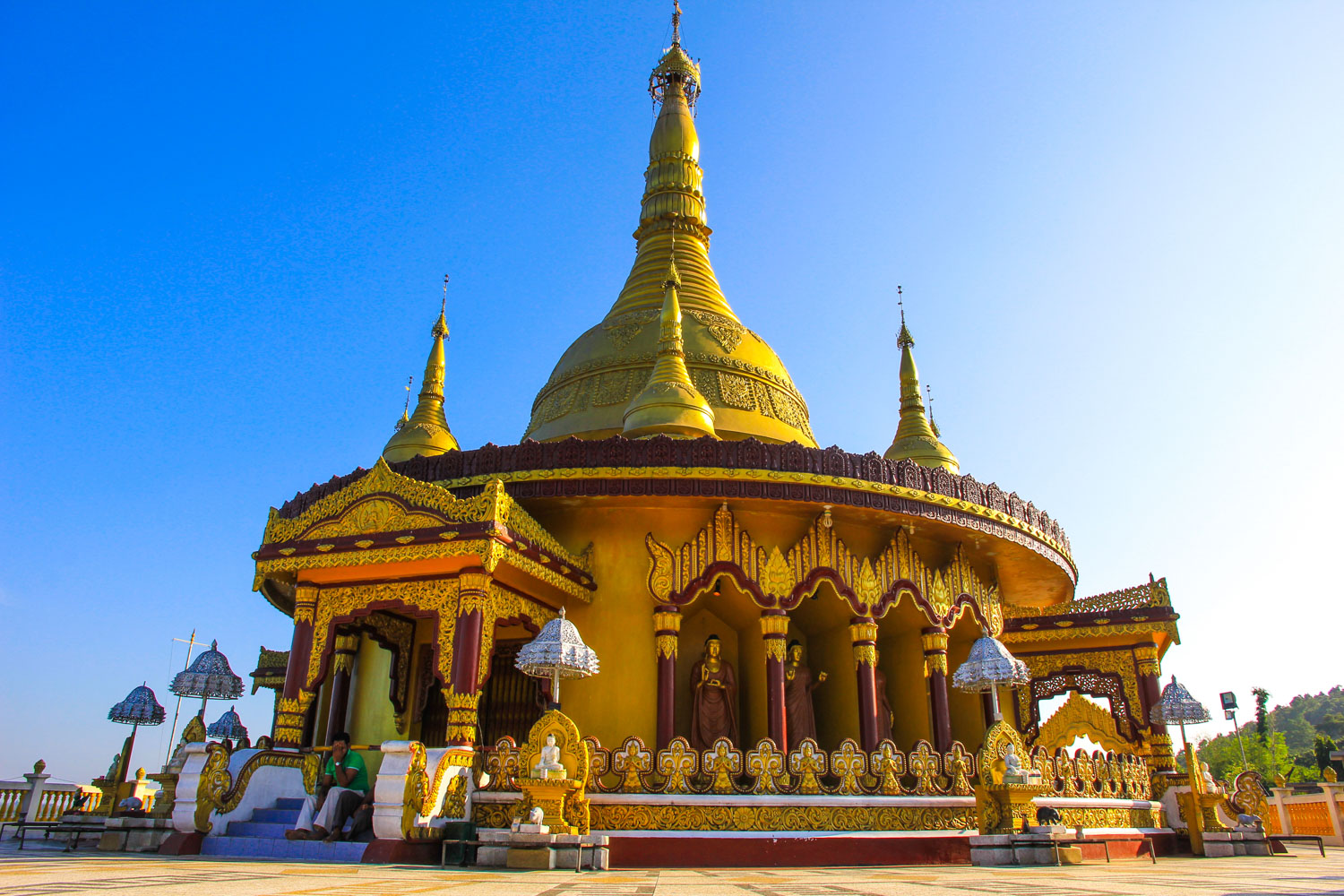 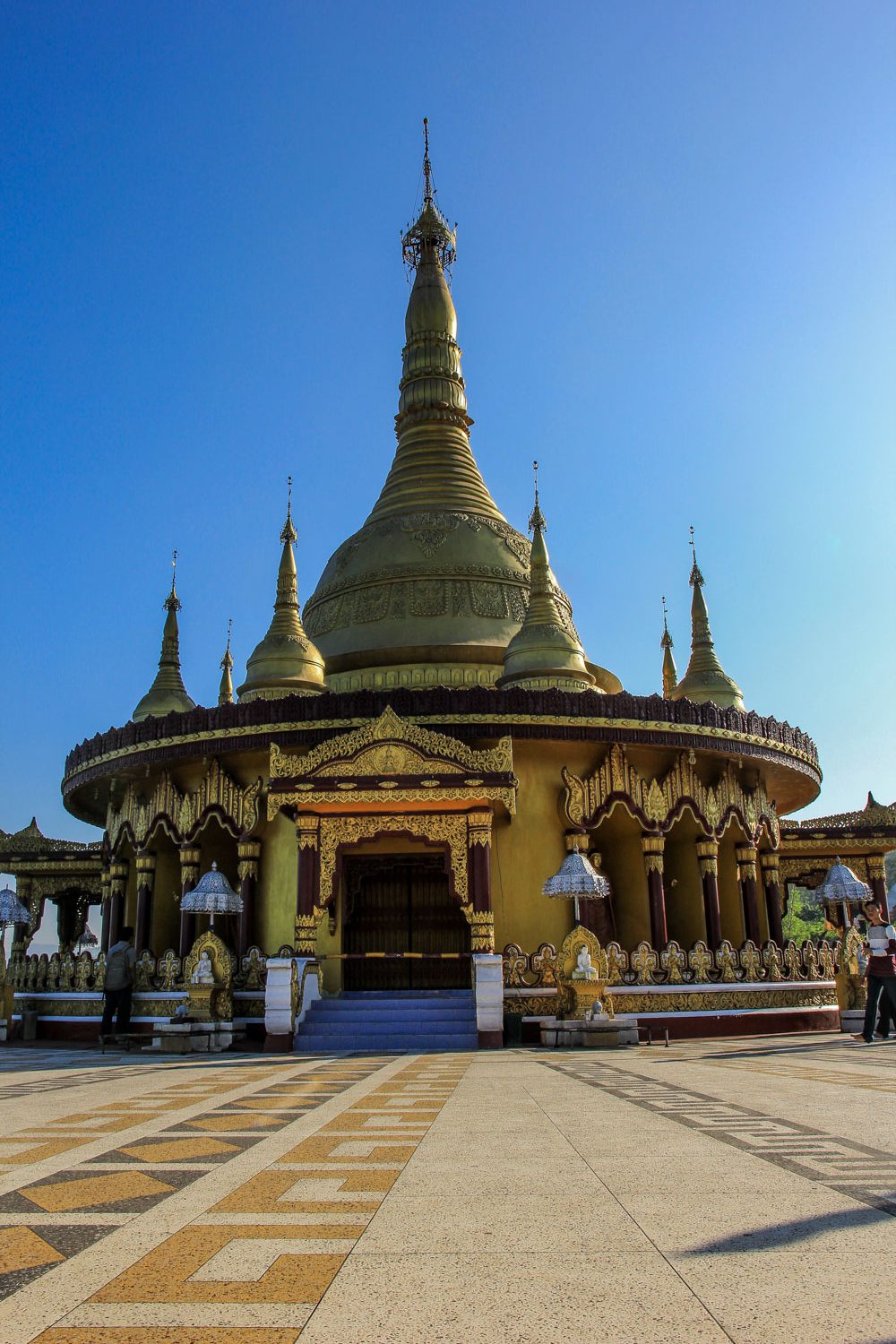 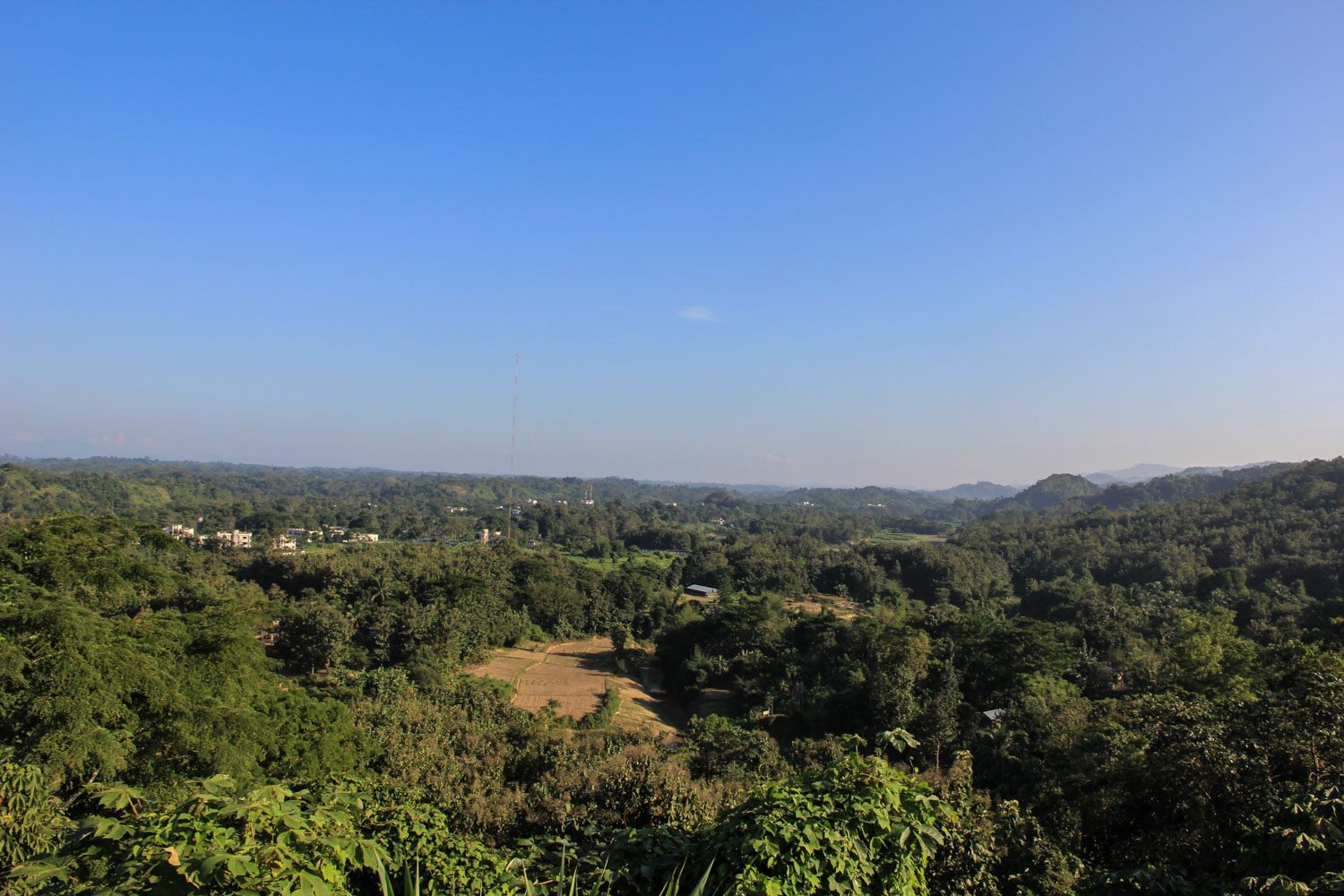 The view from the golden temple.

The Temple is located on the top of the highest hill in the area, 4km outside of Bandarban town. The easiest way to reach the temple is to take a local Tuk Tuk here for less than 1 USD.

Another popular activity in Bandarban is to take a trip down the Sangu River by boat. The Sangu River is 270km long and flows into the Bay of Bengal. It is a short trip that only takes about an hour. 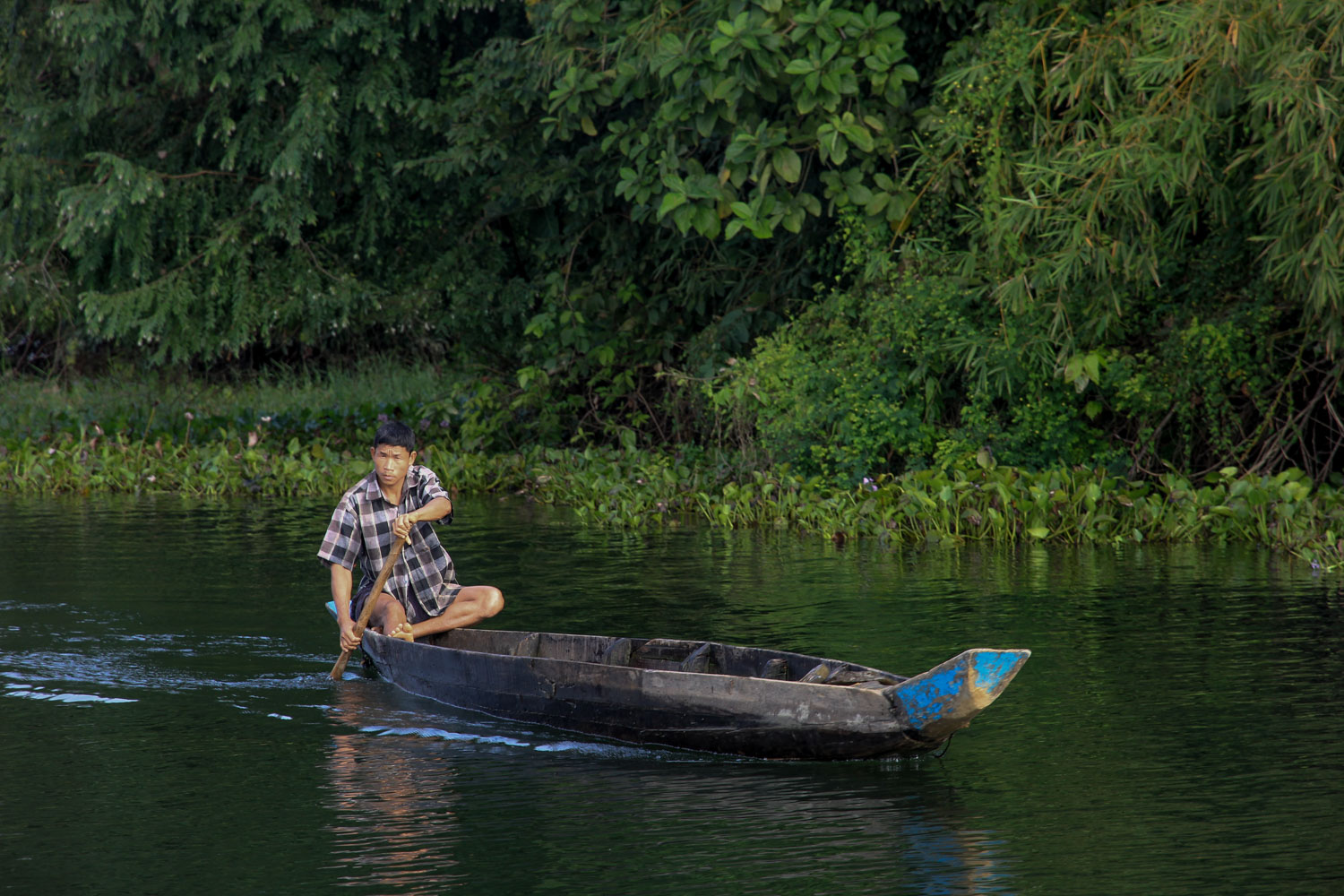 A local paddling down the Sangu River.

Traditional boats on the Sangu River.

Although I had locals asking me to take their photo so frequently that it became an annoyance, it is essential in the Chittagong Hill Tracts that you do not take photos of local people without asking permission. A tourist I had met got into some trouble after snapping a photo of two older local women. 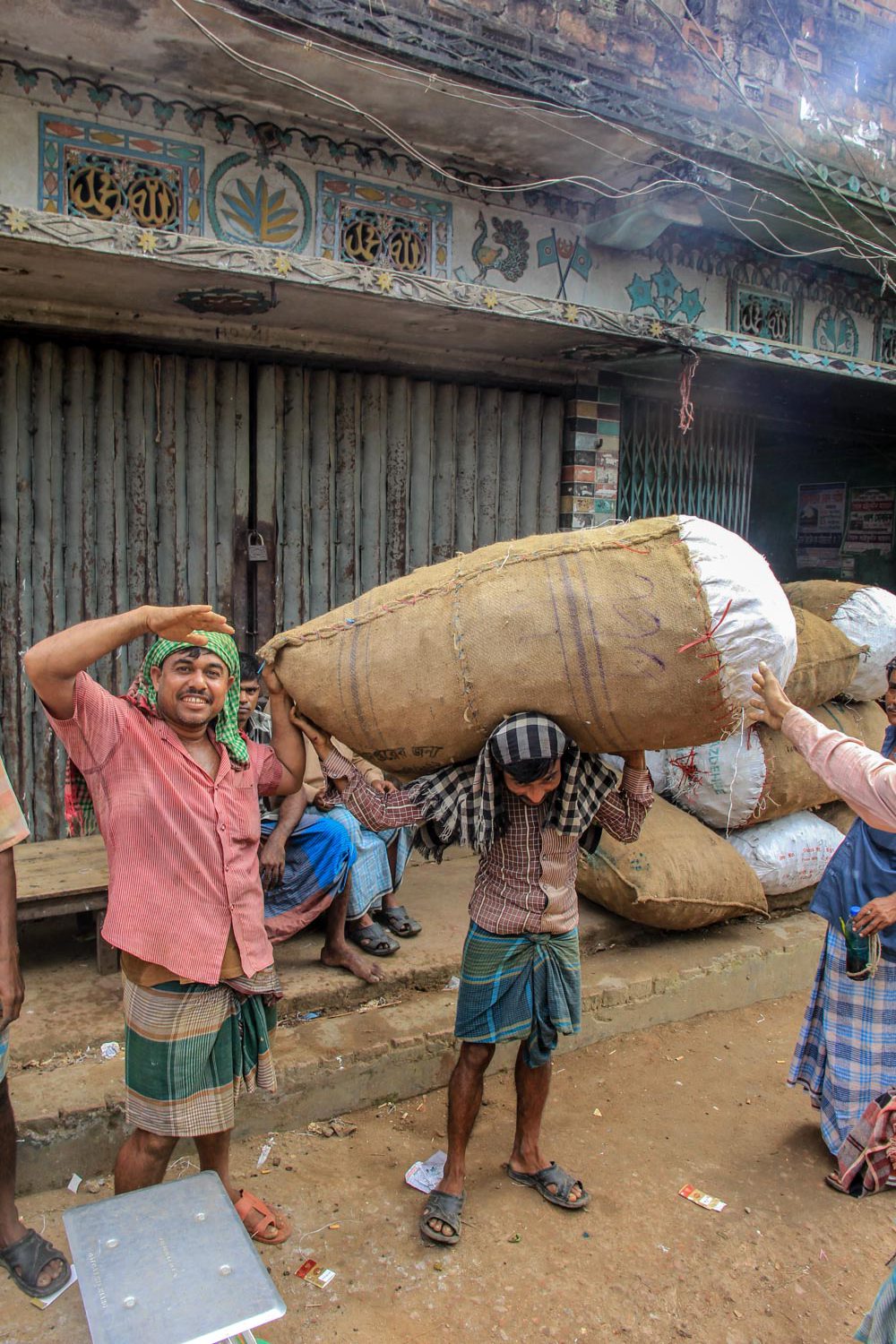 Local posing for a photo. The man on the left side told his friend to lift the heavy bag just for the photo 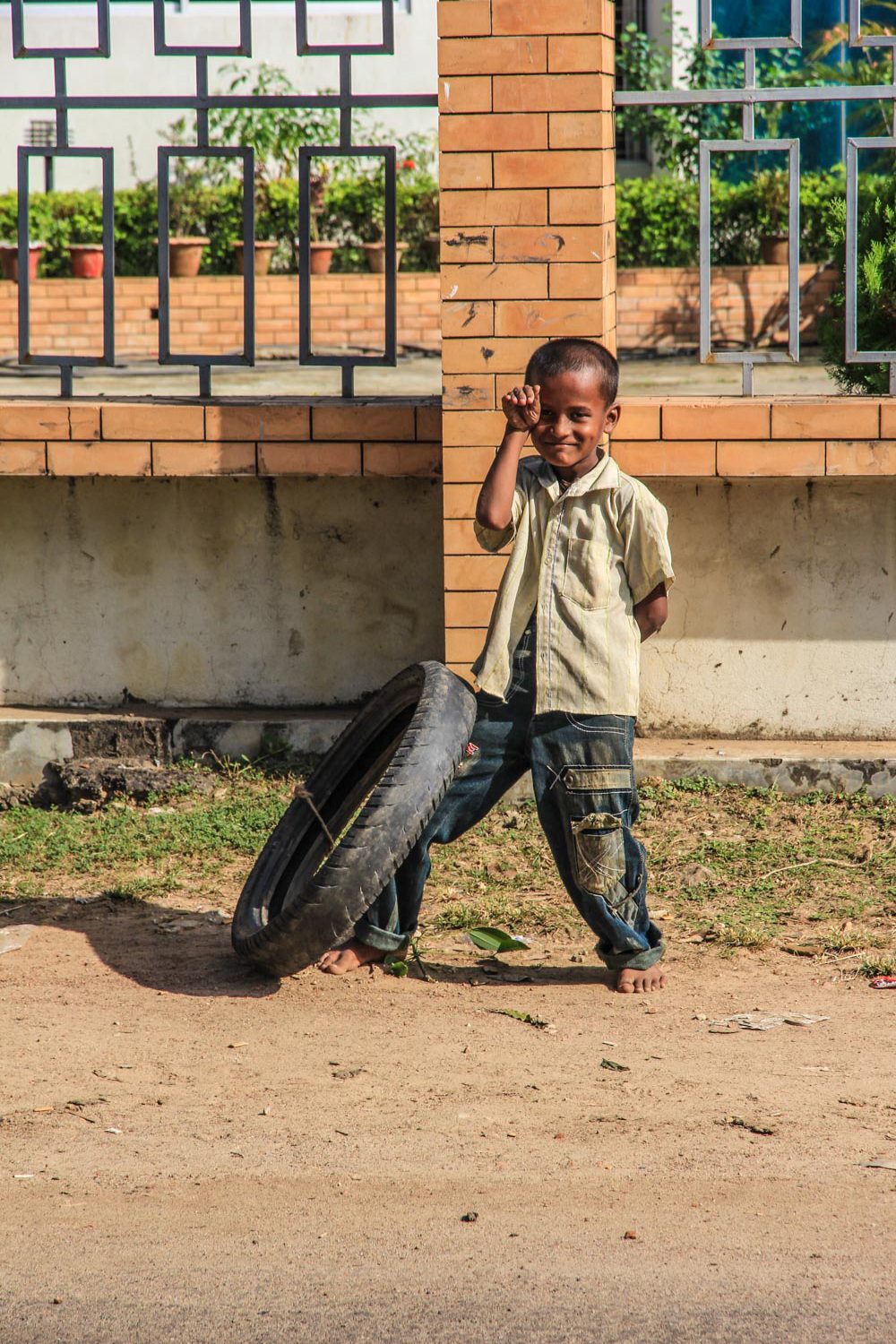 A local kid posing for a photo, he wanted to give me the wheel as a gift

Because of ongoing security problems, many foreign governments advise against all but essential travel to the Chittagong Hill Tracts, and your travel insurance may not be valid in this area. I went here on my own and had no problem what so ever, I even meet two other solo travellers here. But travelling in this area should be done with care.

Money.
There was NO working ATM or suitable place to change money in either town during my visit. When I asked the locals, they told me such a situation did not exist.

Internet.
None of the hotels I stayed in had working WIFI even if a sign said they did. I did see a few internet cafes in both towns. My local Bangladesh Sim card worked fine for internet in the area. 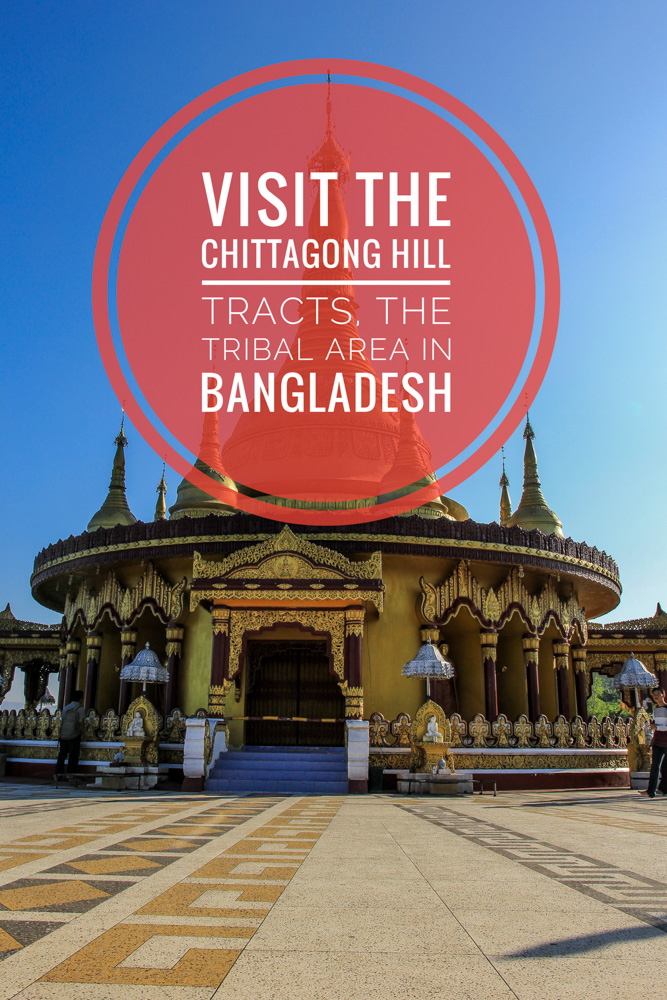 The Chittagong Hill Tracts is the tribal area of Bangladesh. Its landscape full of hills and waterfalls differs significantly from the rest of the country. This region also practices Buddhism, unlike the surrounding Islamic areas.

Trinidad a Charming World Heritage City in Cuba.
← Previous
Dunhuang an Oasis on the Silk Road in Western China
Next →
Click here to cancel reply.

Foreign tourists can get permission through some local tourism operators. However, it may take 5-6 working days.

The Ultimate Guide to Backpacking in Bangladesh - Lost With Purpose

[…] Chris of Unusual Traveler has a helpful post about visiting the Chittagong Hill Tracts. […]

I just got the information: you have to apply for a permit in Dhaka that will take 7 working days to process

Oh, thanks for the update Adrian, but that´s annoying, 7 days:(

Do you have the address for the building? We’re currently in Chittagong and not having much luck trying to find it.

Hello Jennifer. Thanks for letting me know that the information on my site is outdated, I gone try to get the new information and update it ASAP