Jeddah, the second-largest city in Saudi Arabia, has for more than a thousand years been a major port of trade which is located by the Red Sea, and as a gateway for Muslim pilgrims travelling the holy cities of Mecca and Medina. 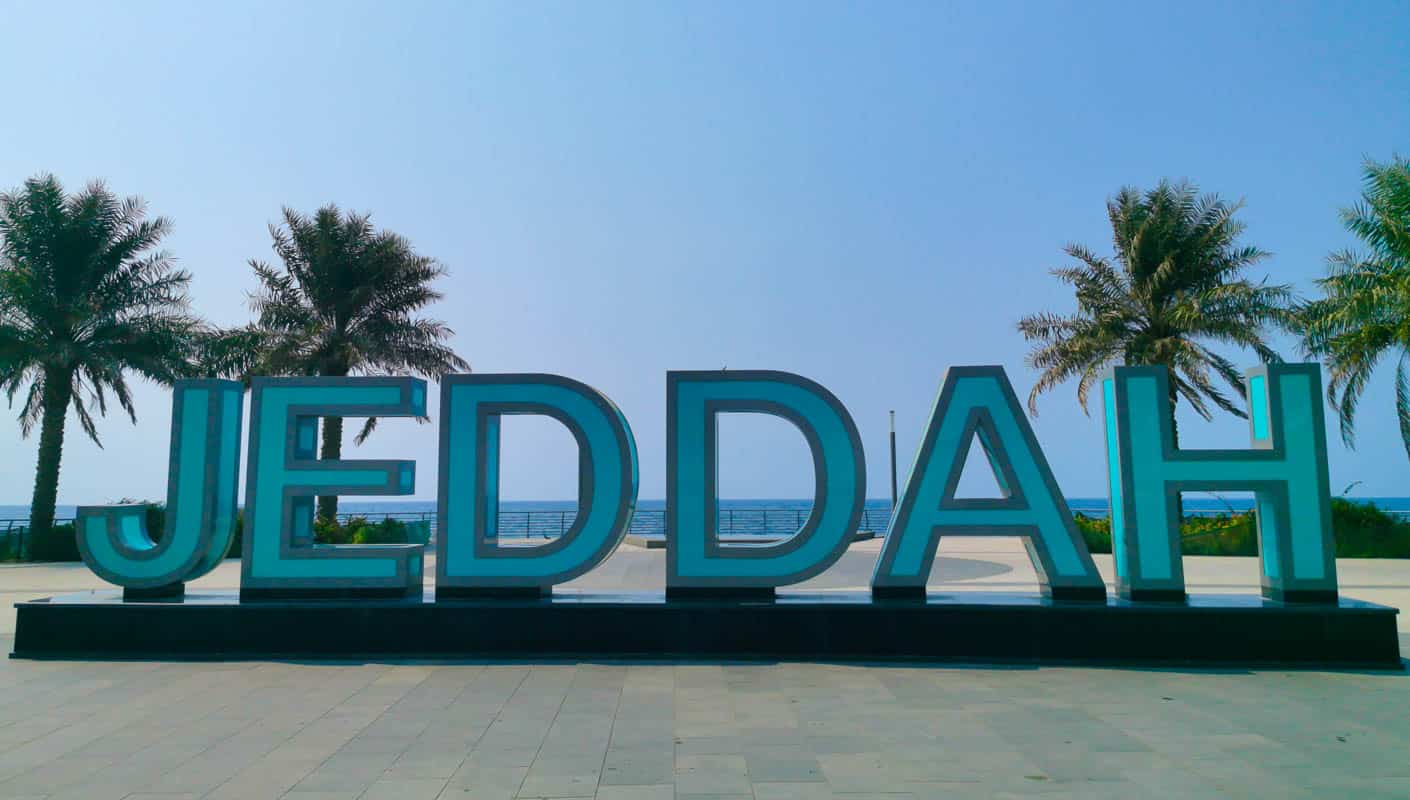 Jeddah has been a port and trading city for centuries, which is reflected in its cosmopolitan and mix of inhabitants all over the city, Jeddah is by far the most liberal city in all of Saudi Arabia.
The city is famous in the Kingdom for its restaurants, cafes full of young hip locals, colossal shopping malls, scuba diving and numerous beach resorts.
Jeddah is, in fact, not much different from any other large city in the world.

While it´s not too many sites around the city, so it there definitely enough here to keep you busy for a few days here, especially if you take a day trip to one of the most stunning natural wonders in the whole of Middle East.

Top Things to do in Jeddah.

The historical neighbourhood of Jeddah is called Al-Balad which means “The Town”. Al-Balad was added to the UNESCO’s World Heritage site list in 2014 and is now one of five UNESCO sited in the whole of Saudi Arabia. 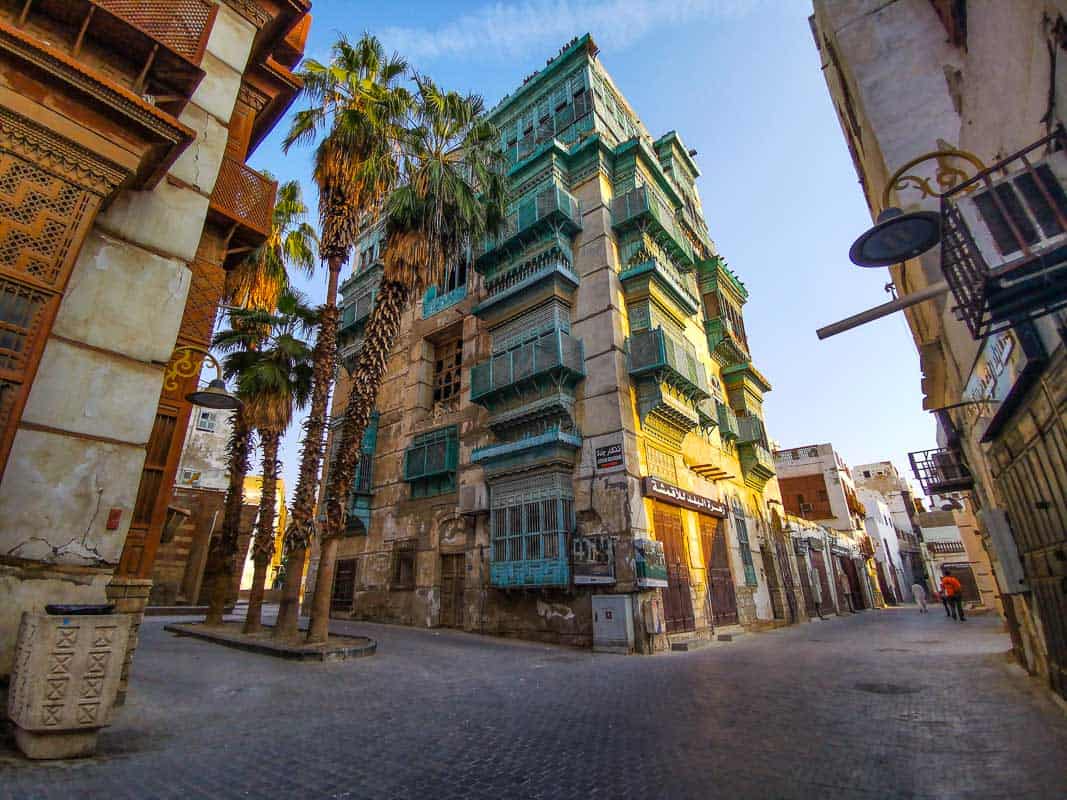 Al-Balad the old part of Jeddah

Al-Balad was founded in the 7th century and historically served as the centre of Jeddah, massive defensive walls once protected the whole area, but the walls were torn down in the 1940s.
And when oil was discovered in Saudi Arabia in the 1970s and 1980s, and Jeddah began to become wealthier due to the oil boom, many Jeddawis (yes that´s what the locals in Jeddah are called) moved north. 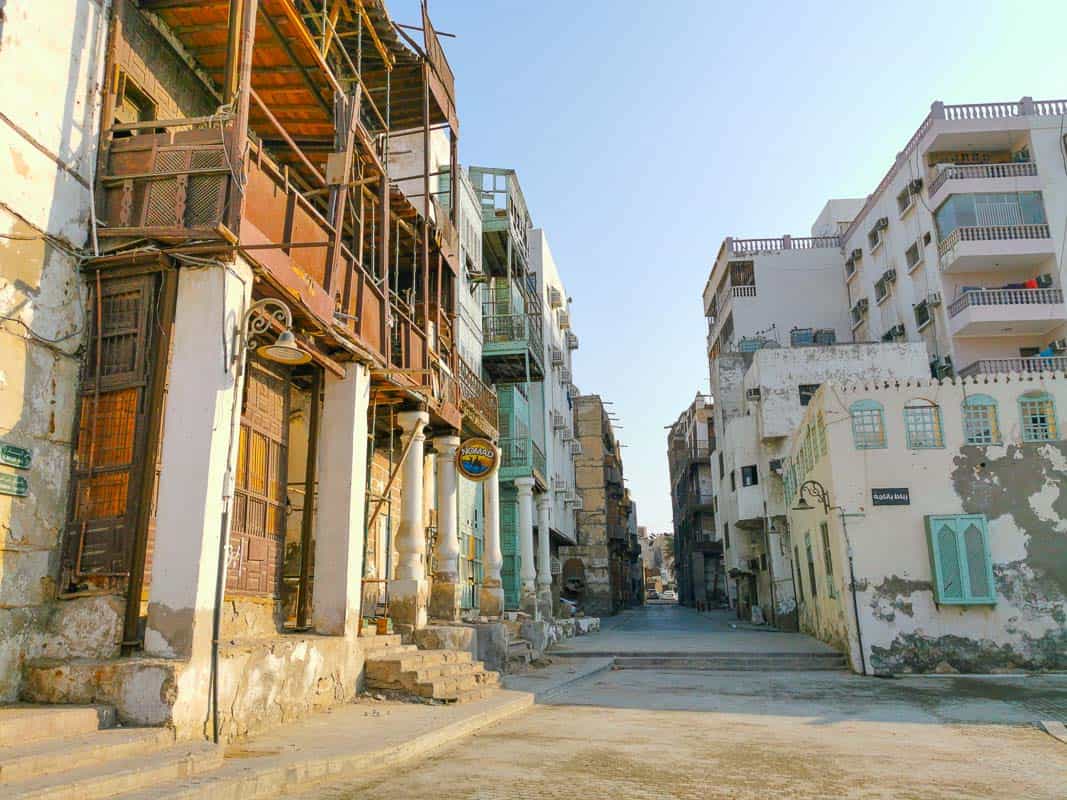 Al-Balad the old part of Jeddah

Even today are the city expanding north along the coast. After years of falling apart and being left for itself, and not before 1991 did the local government take action to protect the historical area of Jeddah, these days have Al-Balad become the most famous site in the whole city and a must-visit. 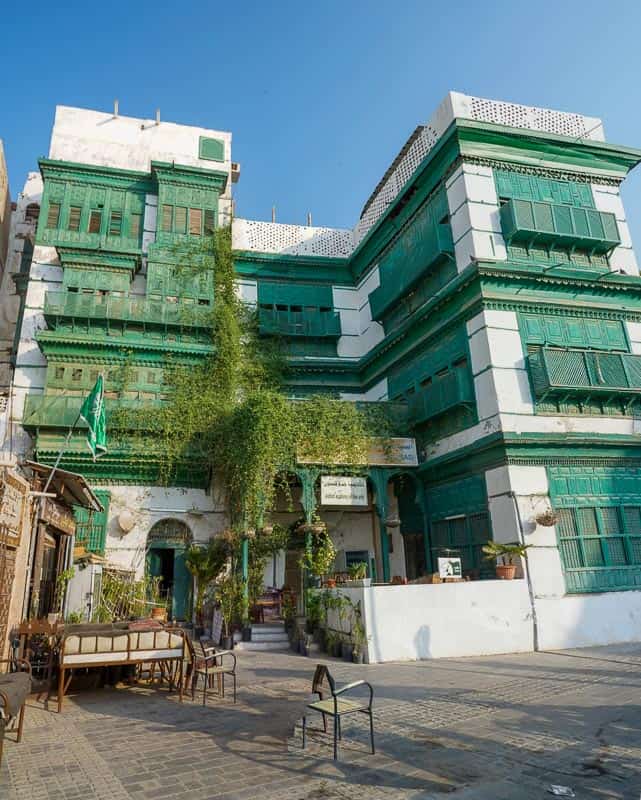 Bu sure to visit the small side street, the “chemist street” which is full of flower and plants. 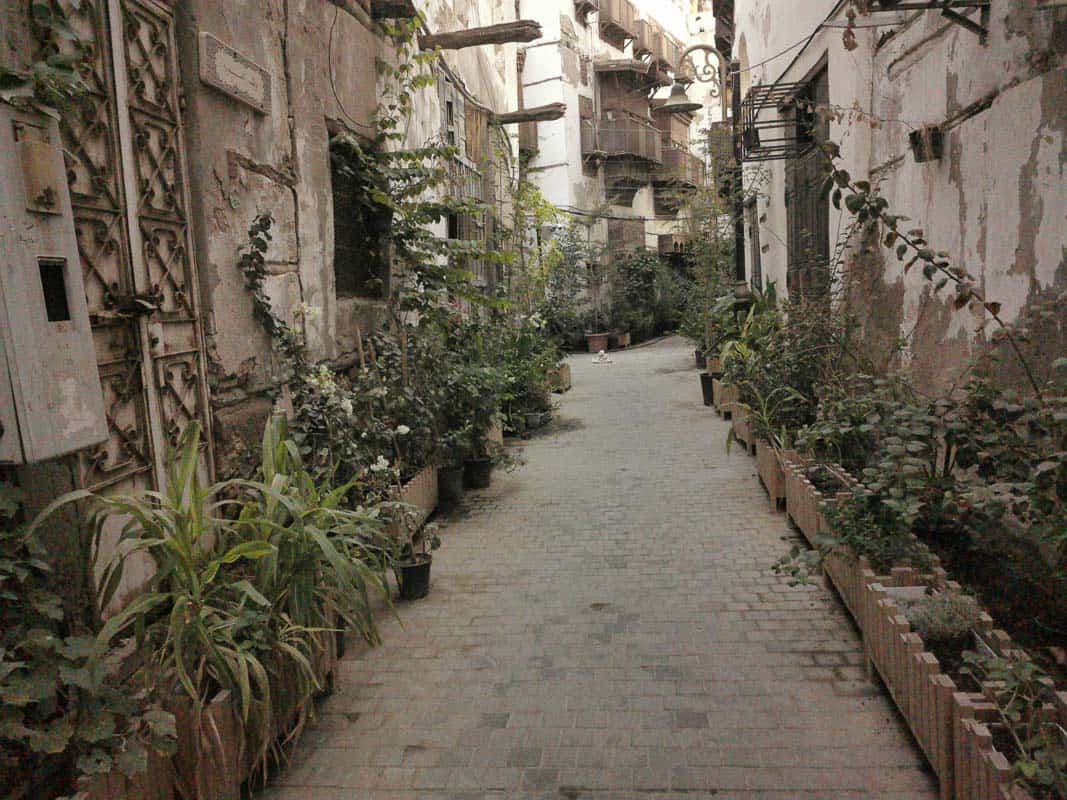 The chemist street in Al-Balad. 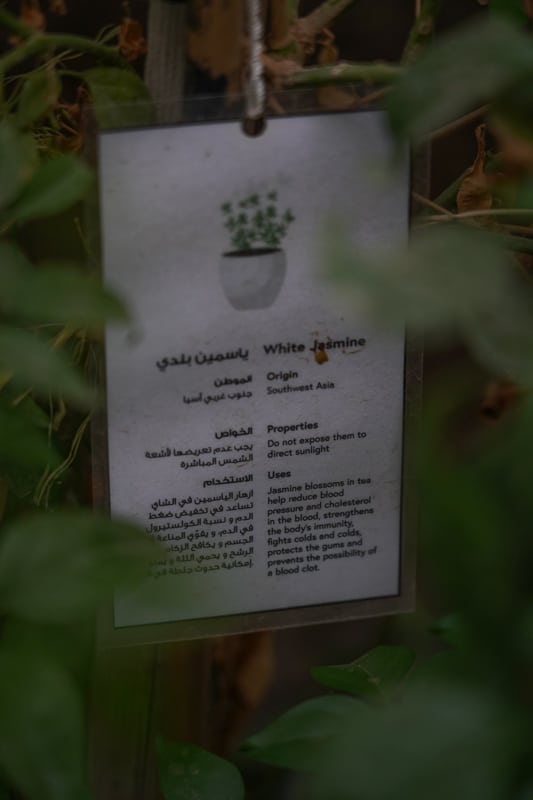 With information signs what the plants are 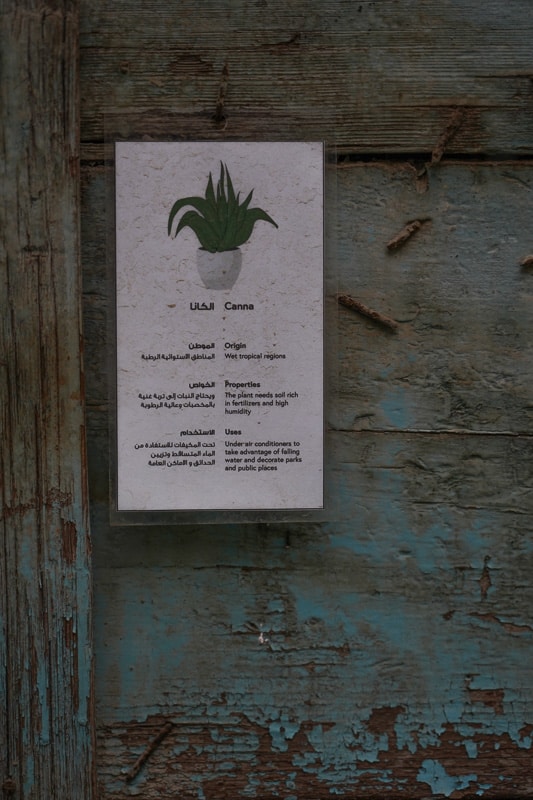 With information signs what the plants are

And also a map with the information where in the world all the plants came originally from. 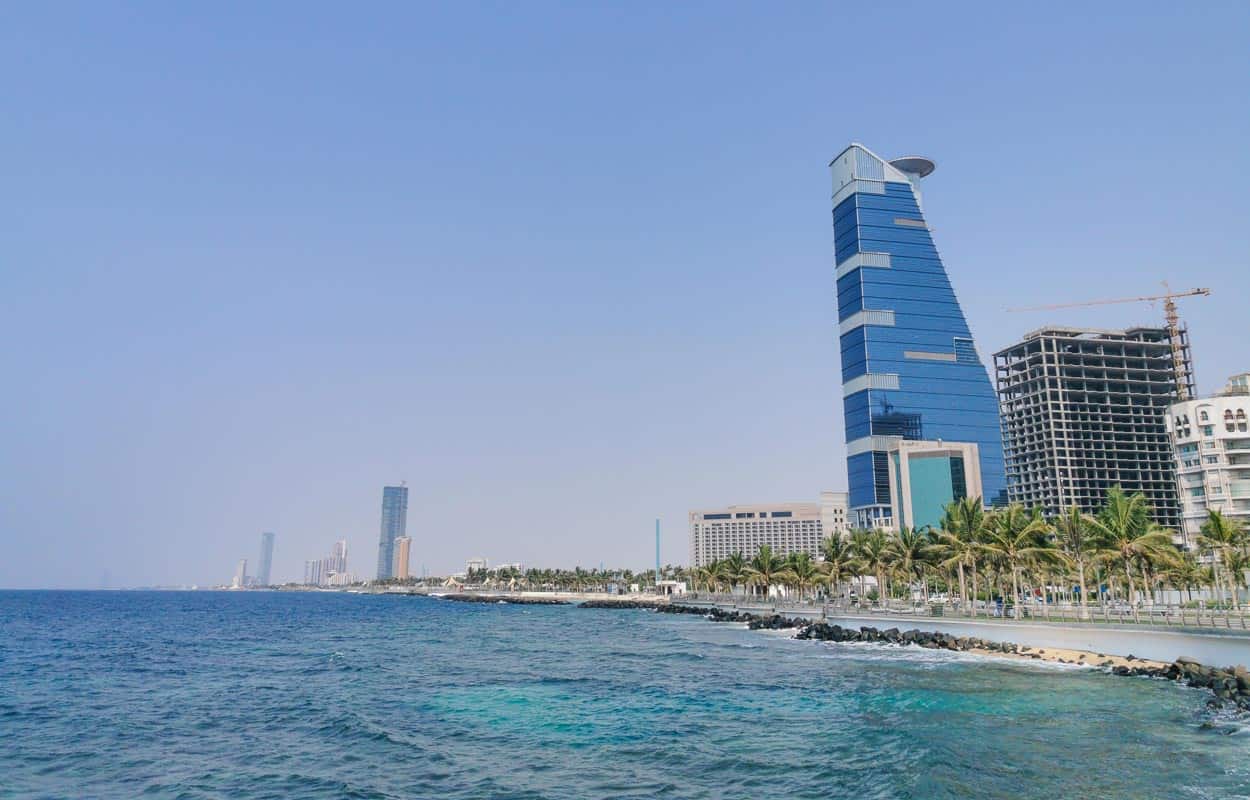 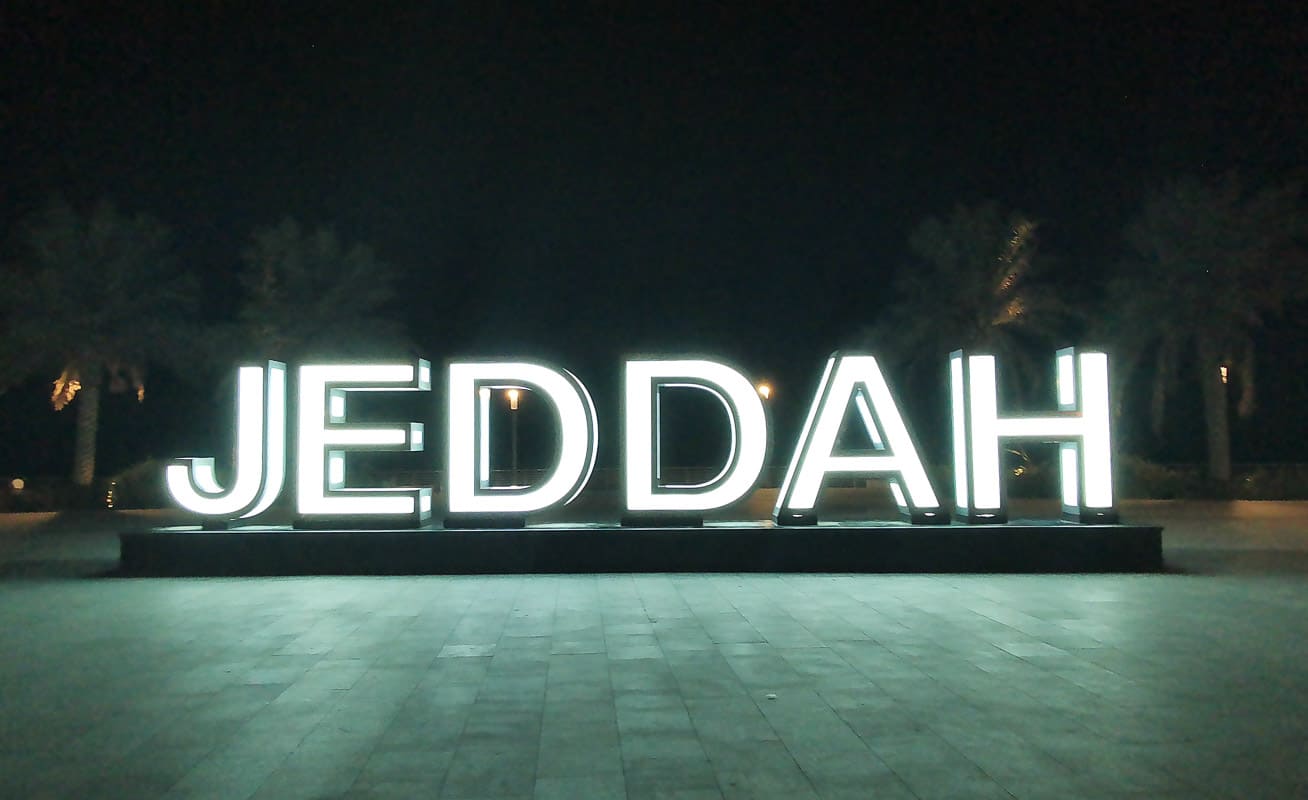 The Jeddah sign is located on the southern part of the Jeddah Corniche.

The Jeddah sign is also located here. Wich is a popular place to go people watching, and get away from the heavy traffic jams in the city. 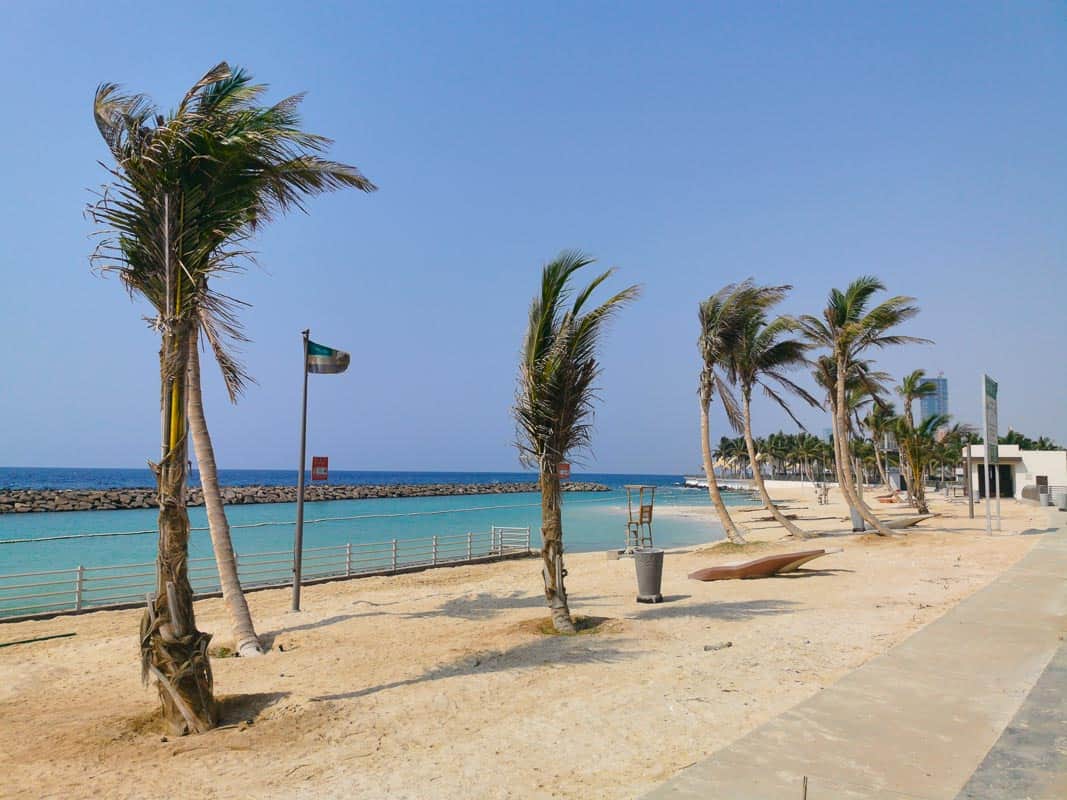 A public beach along the Jeddah Corniche

While I’m not a fan of Aquariums (the fish should be in the sea) so are the Fakieh Aquarium, the only public aquarium in Saudi Arabia, a great place to get away from the warm and humid air in Jeddah for a few hours.
The aquarium features more than 200 different aquatic species, including sharks, stingrays, seahorses, dolphins and a lot of exotic fish —  not only from the Red Sea but from around the world. 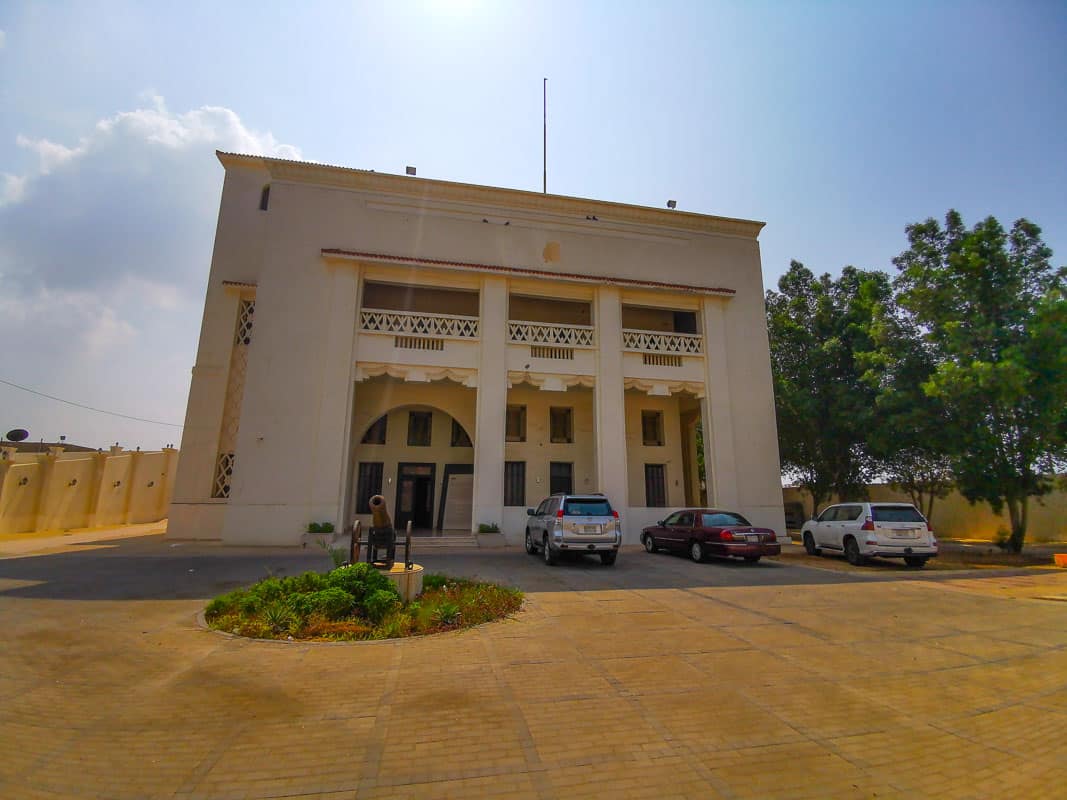 The front of Khuzam Palace

The Khuzam Palace was built in 1933 for the first King of Saudi Arabia; King Abdulaziz Al Saud. This is also the place where the first oil agreement between Saudi Arabia and the USA was signed.
Today is the palace in bad shape, but reconstruction is currently undergoing, and it should be reopened for the public in late 2020. 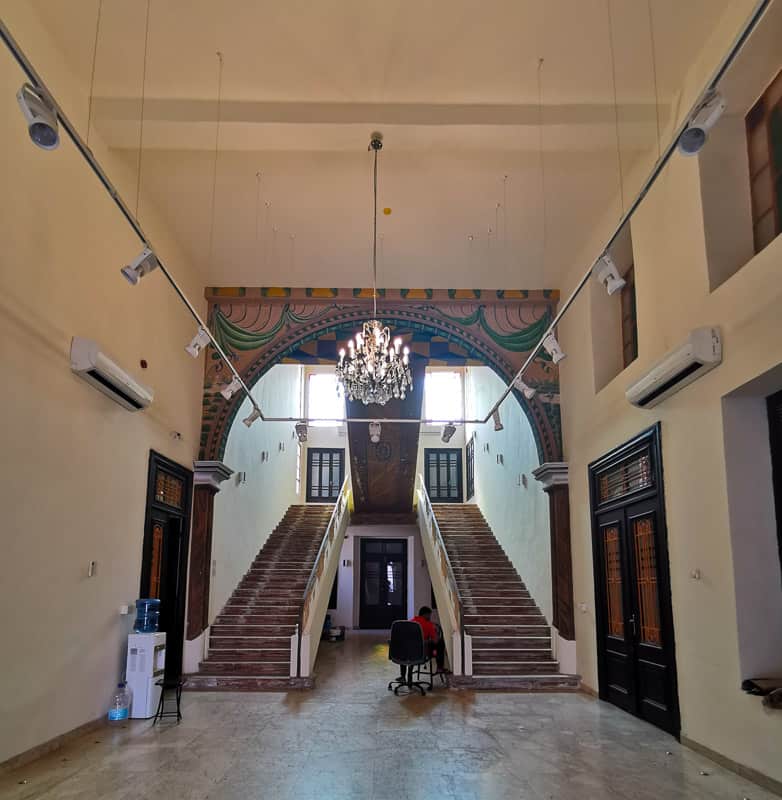 The hallway in Khuzam Palace.

The King Fahd´s Fountain located south on the Corniche is the world´s tallest water fountain, the water is ejected with a speed of  375km/h 233mph and can reach up to 312m/1024 ft.

When the water reaches, it´s maximum hights the weight of the airborne water mass is more than 16tons. The fountain uses water directly from the Red Sea. During the evening and early night is the fountain illuminated with over 500 spotlights.

NB: The fountain is only working from the evening until midnight. So no reason to visit here during the day.

Have A Look At The World´s Tallest Flagpole.

Visit the floating Mosque for sunset or sunrise.

In the far northern part of the city is the Al Rahma Mosque also known as the floating Mosque, it got it name because it looks like its floating in the Red Sea when it´s high tide.
It´s best visited either during sunset and sunrise.

With the close proximity to dive sites, so are scuba diving the most popular weekend activity for ex-pats in Jeddah. Most dive sites are only about 1 hours away from the city. 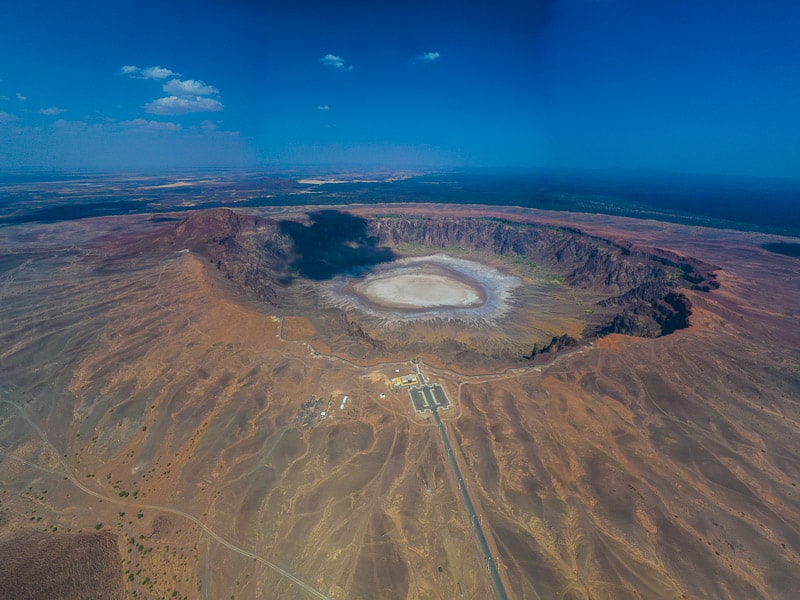 One of the most popular day trips from Jeddah is the Al WAHBAH CRATER which is located 350km/217miles northeast of Jeddah, a 4 hours drive away.

For a long time was it believed that Al Wahbah Crater was created by an ancient meteor strike.
But now geologist instead has accepted that the crater was created volcanic activity in the form of an underground eruption that was caused when a flow of magma hit an underwater source of water which resulted in a colossal explosion creating the crater.

Jeddah can be visited the whole year-round, within a tropical temperature due to its location right by the Red Sea. The two best months to visit Jeddah is January and February when the temperatures are relatively cool and less humid.

The months from May to October should be avoided since temperatures often get above 40c/104F.
I personally did visit the city in November, while it was hot. Was it still doable but I did have a few breaks during the days with aircon.

How To Get To Jeddah.

Jeddah is easy to reach from all parts of Saudi Arabia. From the capital, Riyadh to Jeddah is the easiest way to travel by either local bus or take a short domestic flight.

There´s currently a high-speed railway being constructed between the two largest cities in the country called the Saudi Landbridge project.

Coming from abroad is flying in your option. King Abdulaziz International Airport is the airport in Jeddah and the busiest in the country, but not the largest.

Since this airport is the main one for Muslim pilgrims use for their visit to the holy cities of Mecca and Medina, so can the city get extremely busy, even there´s an own terminal for pilgrims doing their Hajj to Mecca.

Jeddah has flight connections to about every large city in the world with the national airline Saudia.
From Europe so are the best option either with British Airways, Turkish Airways, Emirates, Ethiad or Saudia. 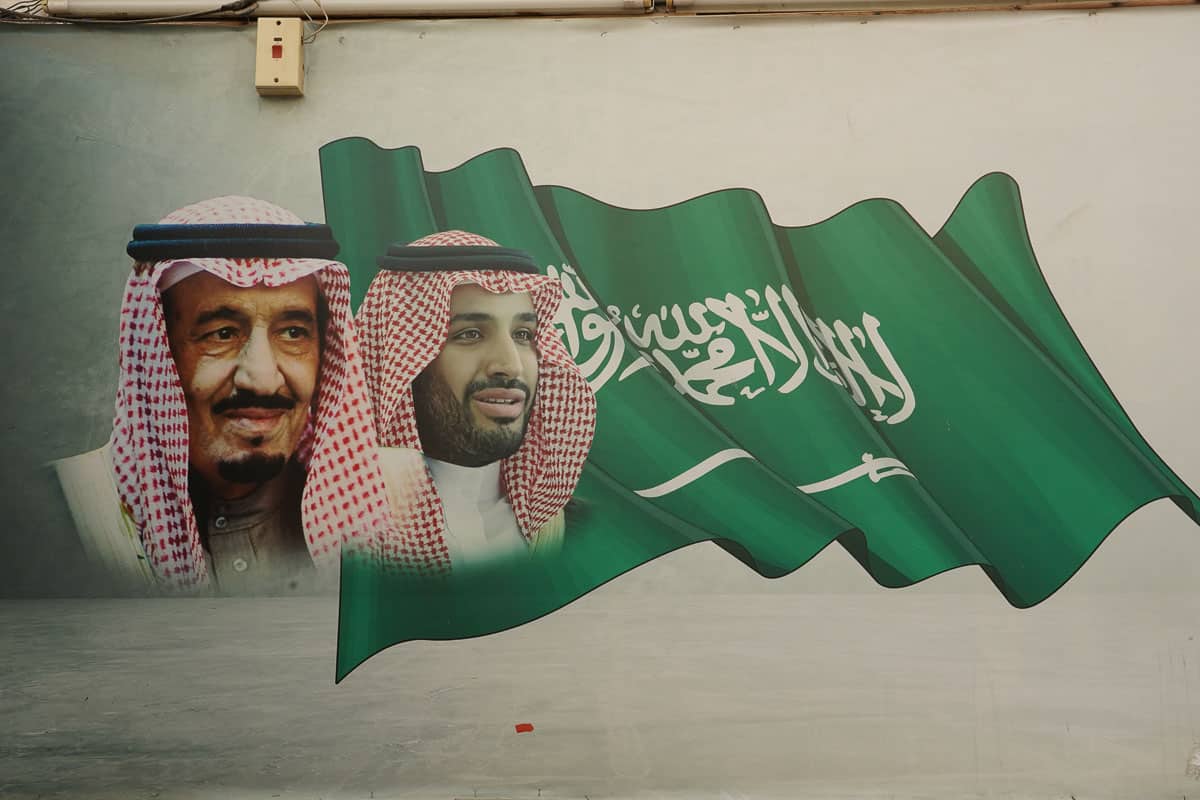 How To Get Around Jeddah.

Jeddah is a huge city, which keeps expanding north, going from the old part of the city to the hip and modern northern part of the city is 30km apart.
There´s no metro system in the city and also a public bus system is almost non-existing. So like the rest of Saudi Arabia is the only way to get around either with your own vehicle or by taxi.

All the big taxi apps like UBER, Careem and EasyTaxi are popular in Jeddah with Careem being by far the easiest one to get a ride with. Most drivers are Indian or Pakistani.

Best place to stay in Jeddah.

A long time budget traveller favourite is the Mira Waterfront Hotel, which was also the hotel I stayed at during my stay in the city. Just be sure that you check the rooms first, some of them are very damp and humid.

Jeddah is a very modern city, so about every can you pay with your visa/MasterCard. But it´s recommended to carry cash when in the old part of town. The best place to find ATM´S are in one of the many huge shopping malls around the city.

It´s also recommended to connect your bank card to the taxi app you choose to use, doing this so are you not in need for much cash spending. Instead, you can do everything on your bank card. 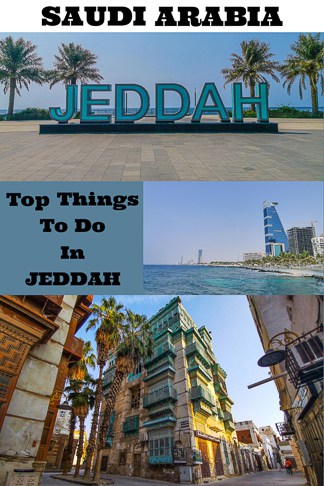