In the western part of Algeria not far from the Morrocan border is a little known gem, the Sahara desert Oasis of Taghit which is known as a natural wonder in Algeria, but a place that few foreigners have heard about. 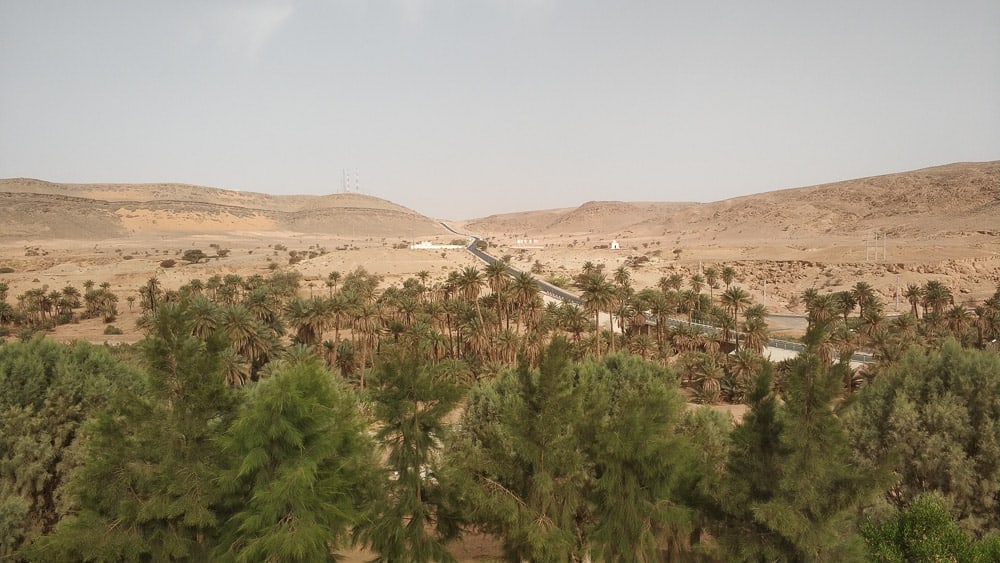 But what´s fun with only going to famous places?

Taghit is where the Hamada and the Grand Erg Occidental meet, with palm trees and oasis are surrounded by huge sand dunes that look more like sand mountains with some being as high as 180m/600feet.

This is the best place in Algeria to go sandboarding or skiing down the massive Saharan sand dunes that stretches out for more than 600km from here, a place which is also a perfect place to go Quadbike driving or camel riding in the desert. 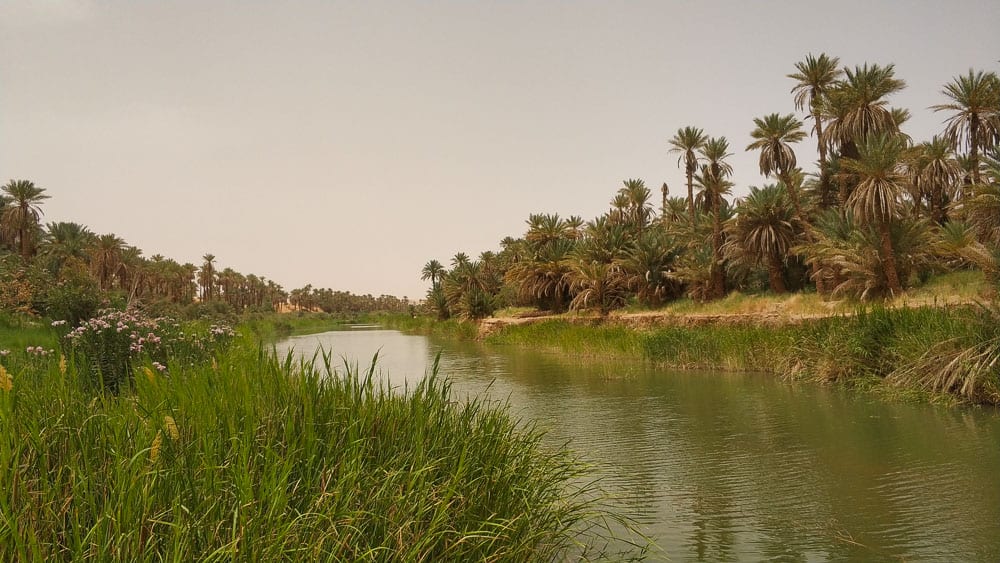 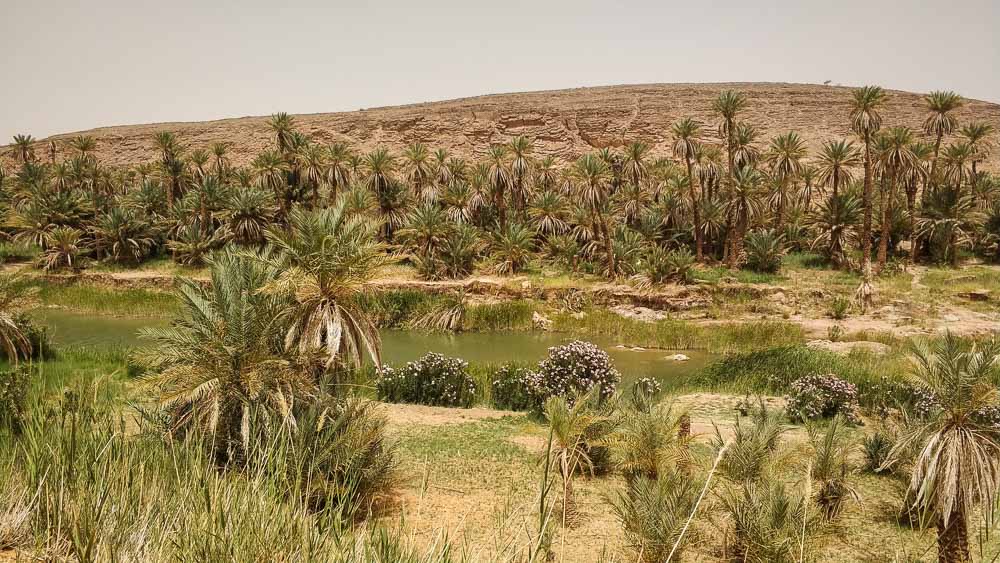 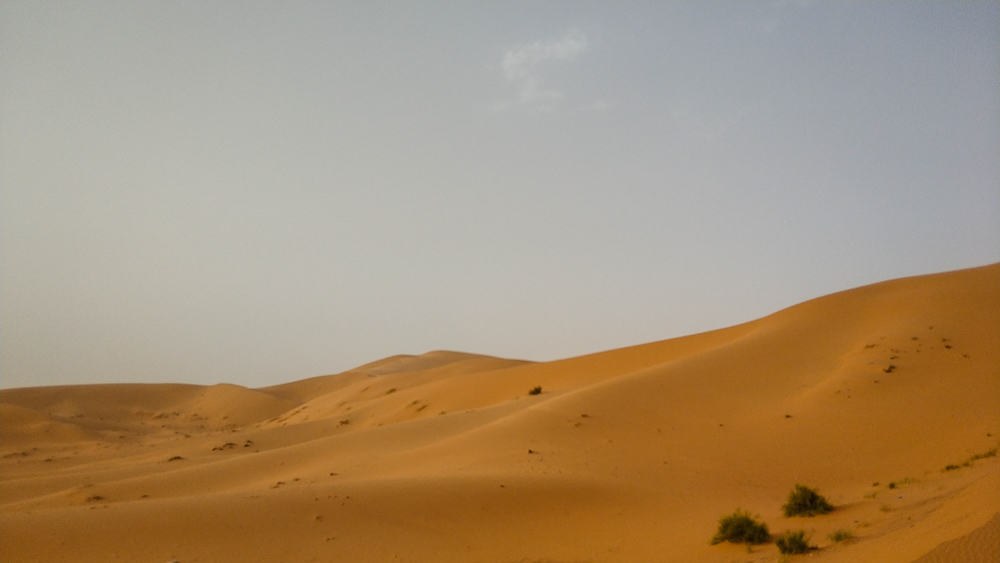 But if you get enough of the sand, so due Taghit have its fair share of historical places too, ancient ruins from an old fortified oldtown called a “Ksar” from the 9th century, and some even older Petroglyphs from the Neolithic area are located in this area of Algeria.

There are also numerous caves around Taghit. 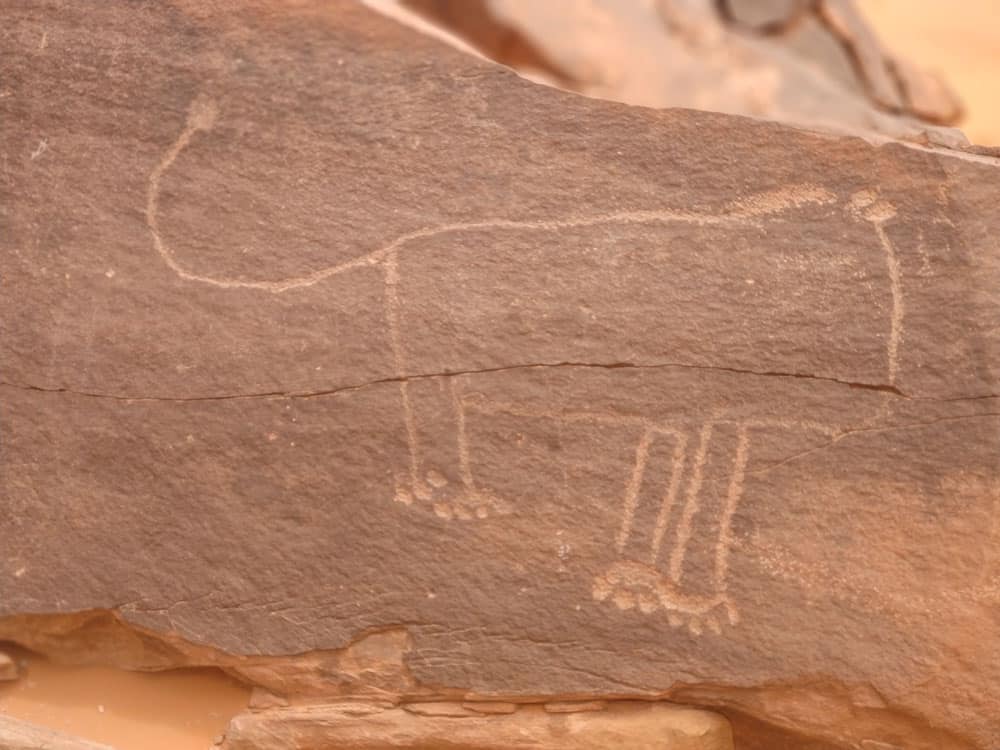 One of the old Petroglyphs outside Taghit

But be aware that Taghit is one of the warmest places in the whole of Sahara, which says a lot about the place.

Don´t underestimate the heat, my flipflops melted after just a few minutes standing still outside. 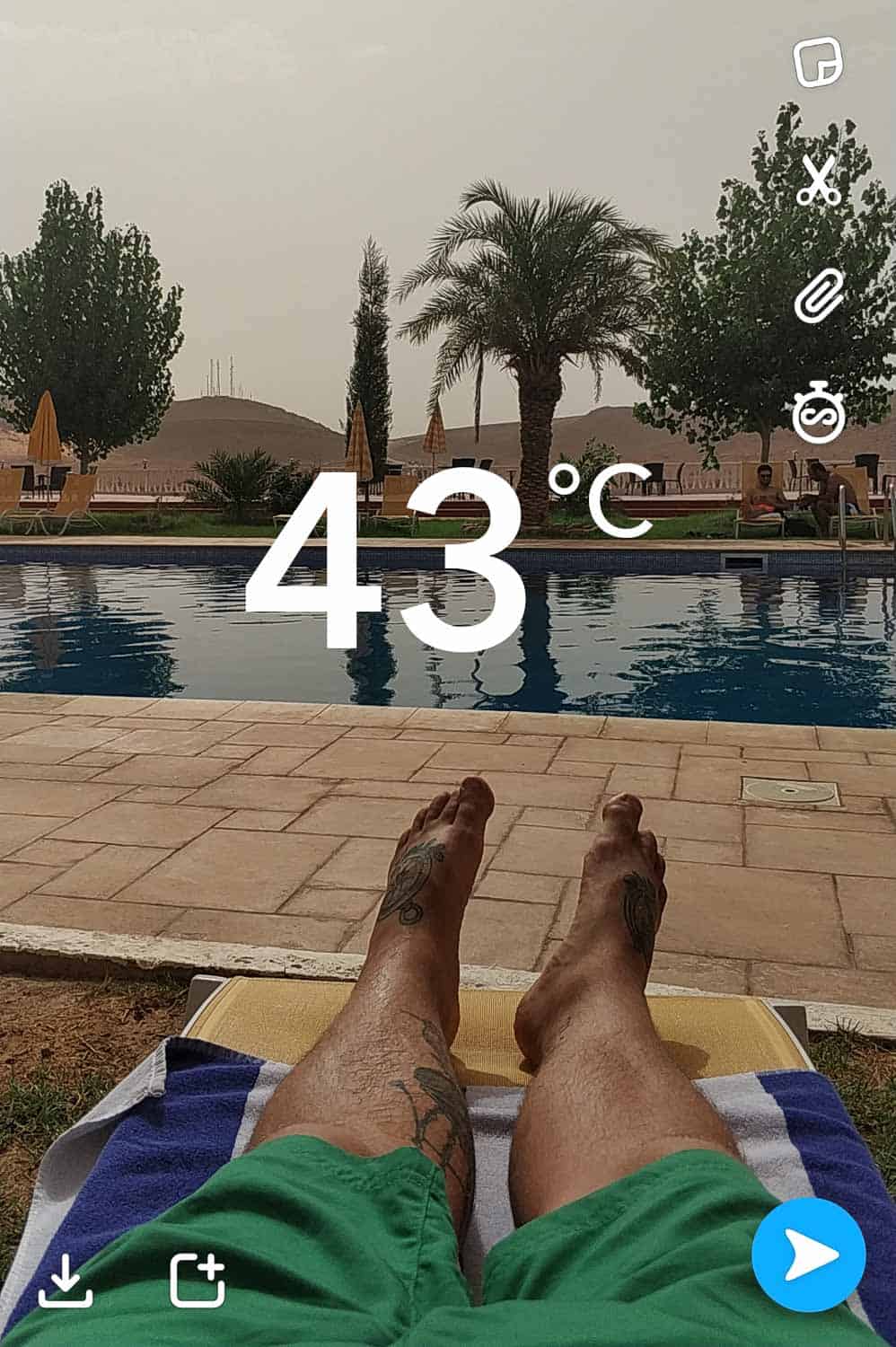 It´s good to have a swimming pool when it´s +43 in the shade.

Top 5 Things To Do In Taghit.

In an area between 5km/3miles to 18km/11 south of Taghit are an area filled with ancient petroglyphs which are believed to some of the oldest rock paintings/Petroglyphs to be found anywhere in the Sahara and northern Africa.

Some of the petroglyphs in this part of Algeria are believed to be as old as 20 000 years old and the “newest” ones being 5,000 years from the Neolithic time area which is also known as the New Stone Age. 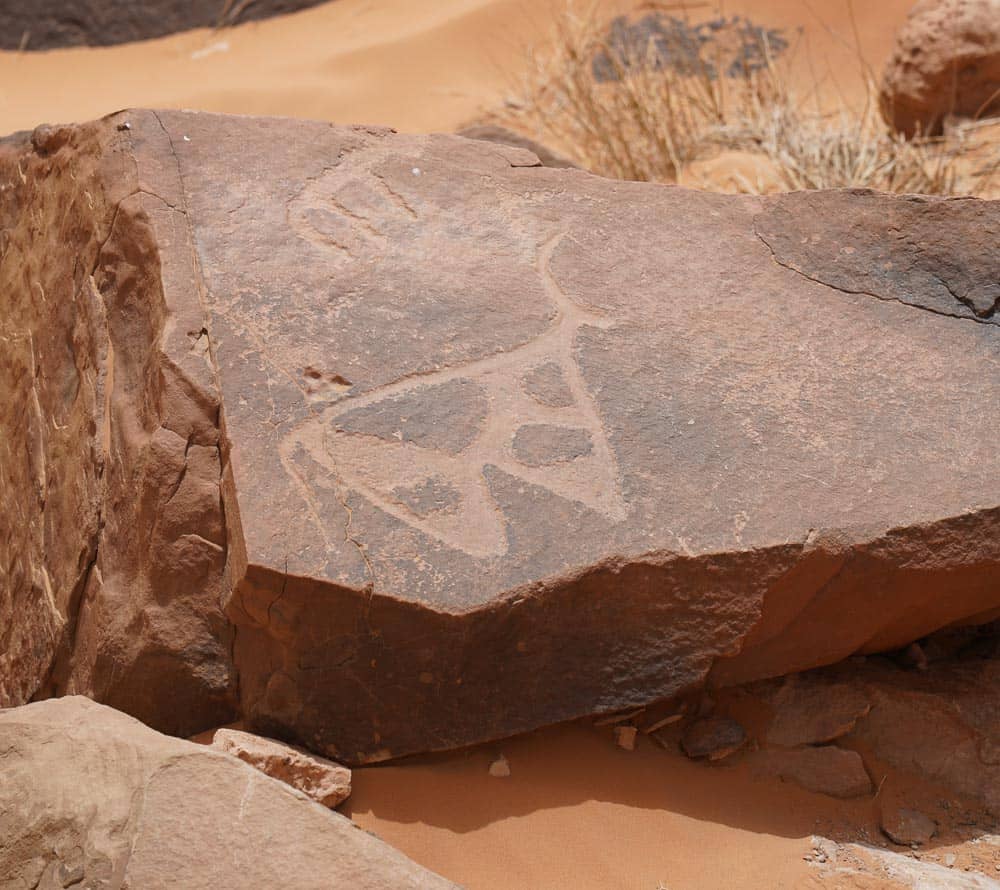 Some of the oldest rock carvings / Petroglyphs in the Sahara 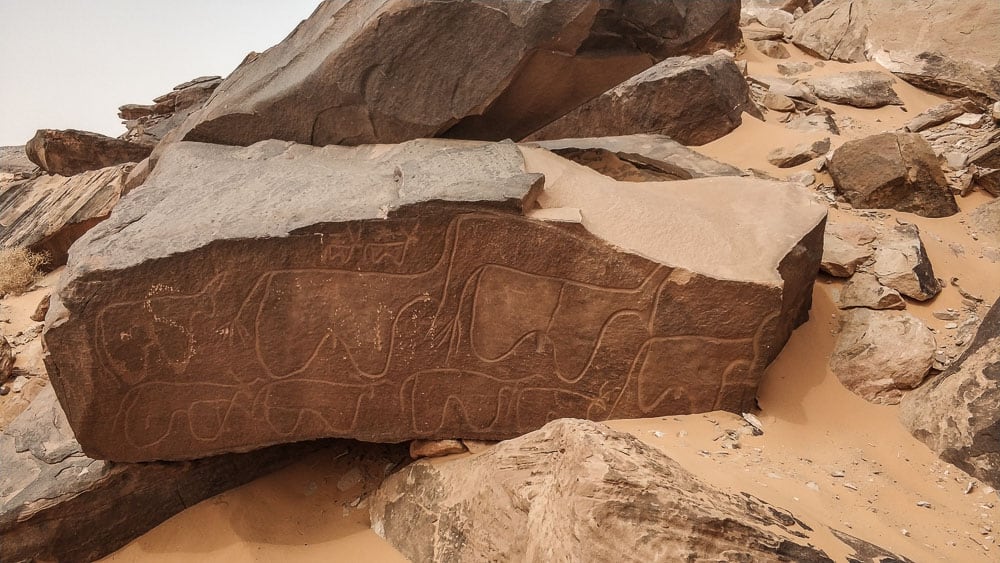 The rock carvings here symbolizes the wild animals that once lived in this part of Africa, some of the rock paintings are elephants, antelopes, ostriches, gazelles, snakes, horse, jackals and birds. 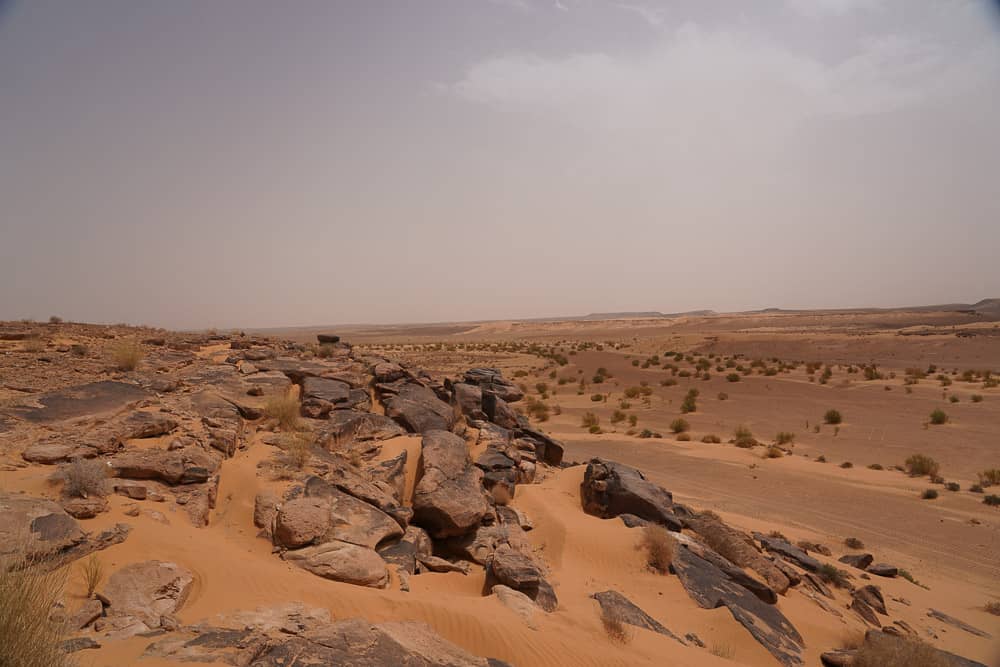 From the rocky landscape around Taghit

Visit one of the caves.

There are numerous caves in the hills in the area, some that people used to live in, others that the locals used for hunting.

These days, only hundreds of bats live in the caves here, but they are still worth a visit. 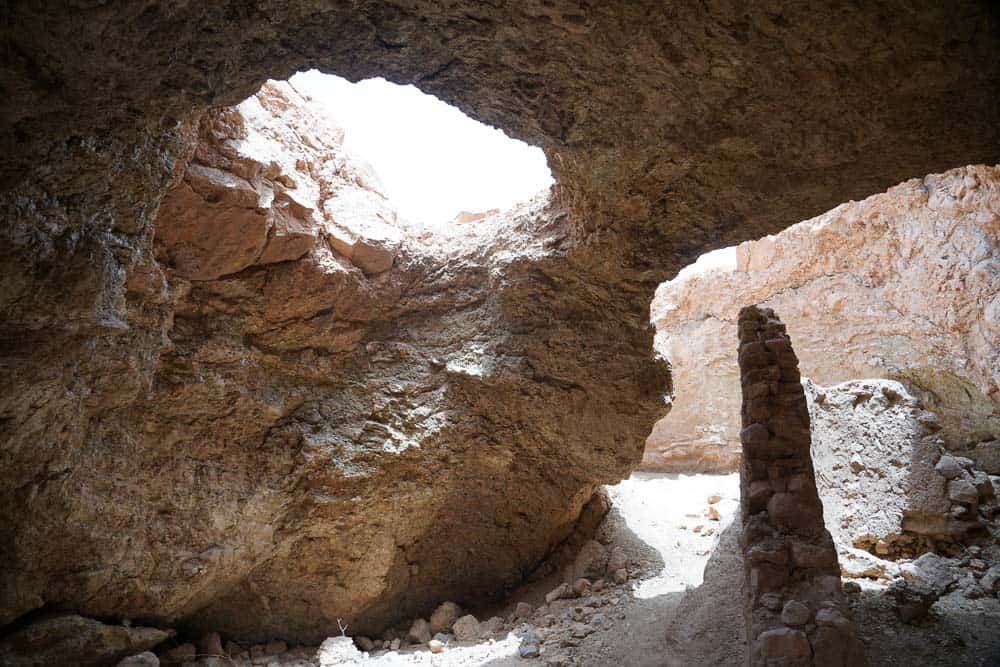 One of the caves in the area that people used to live in.

But most interesting cave to visit, it´s the one that looks like an animal! Can you guess which one? 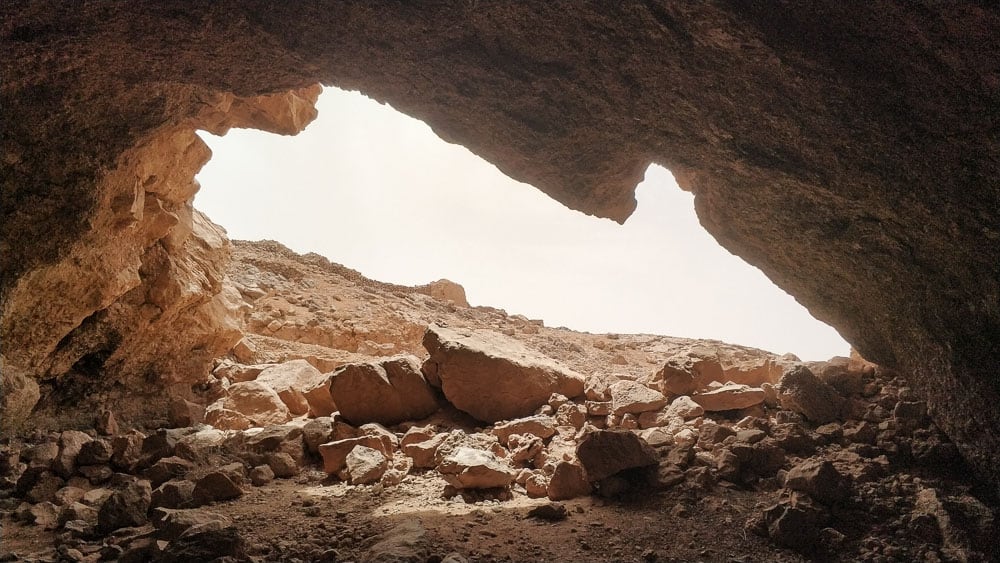 Visit The Old Ksar of Taghit / The Old Fortified Town.

All old villages in this part of Sahara have something called a Ksar, an old walled city which was built for protection, most of them have for a long time ago been abandoned and left to decay.

But recently have the Algerian government put a lot of money into restoring these old towns, also in Taghit. 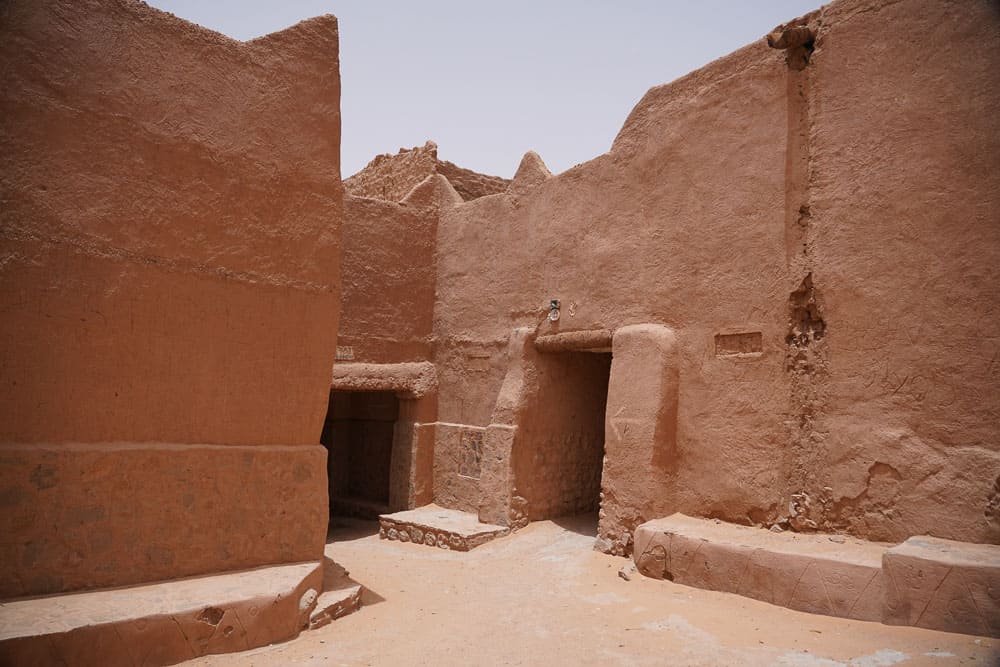 inside the old Ksar

The old Ksar has a small archway which leads into a maze of narrow alleys that slope downwards along the hill with carved wooden doorways dot the mud-brick passageways, revealing a small scattering of shops and local guesthouse opened by a local family.

Some parts of the Ksar is still in pretty bad shape, but luckily so will the whole Ksar be restored shortly. 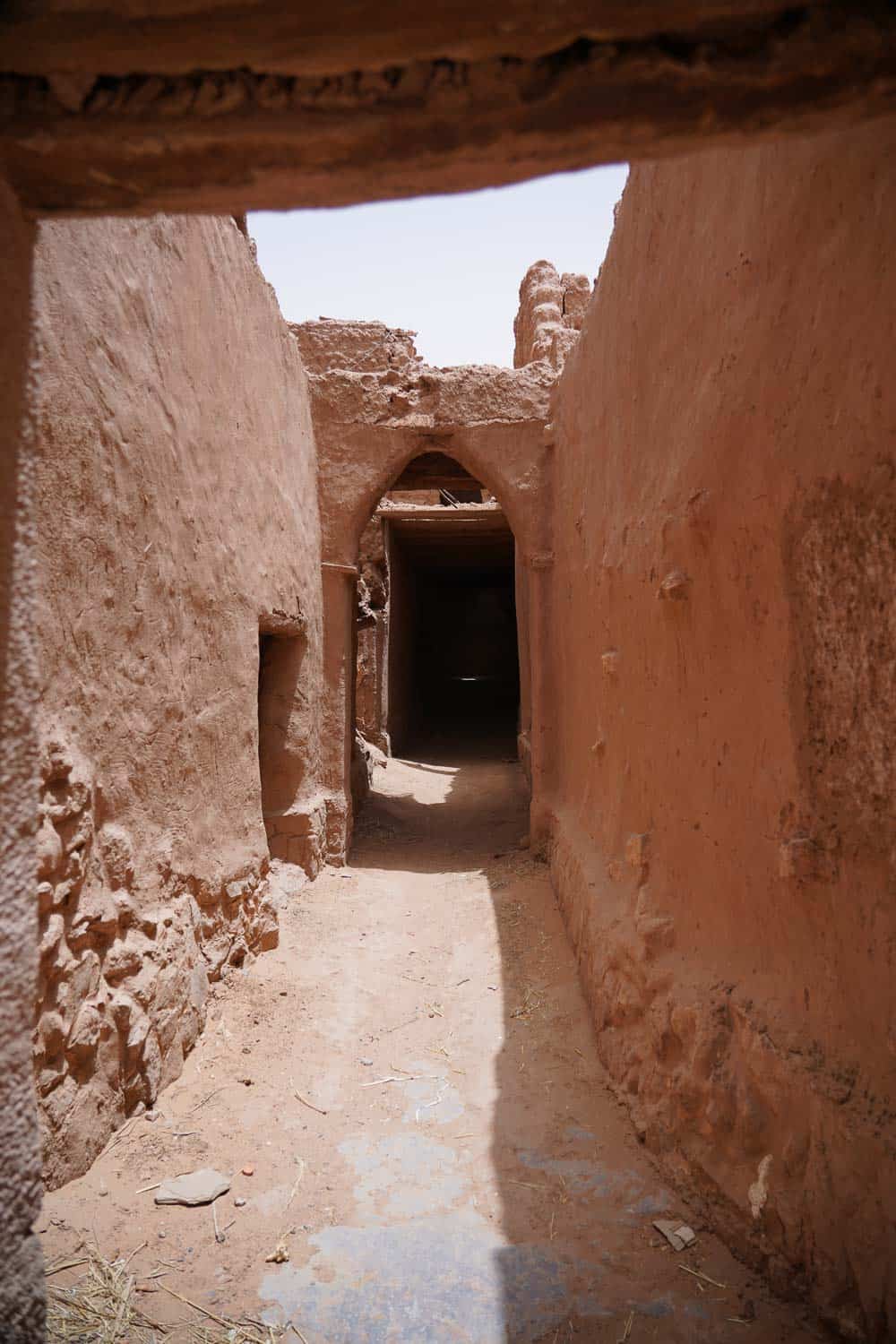 A narrow walkway in the old Ksar 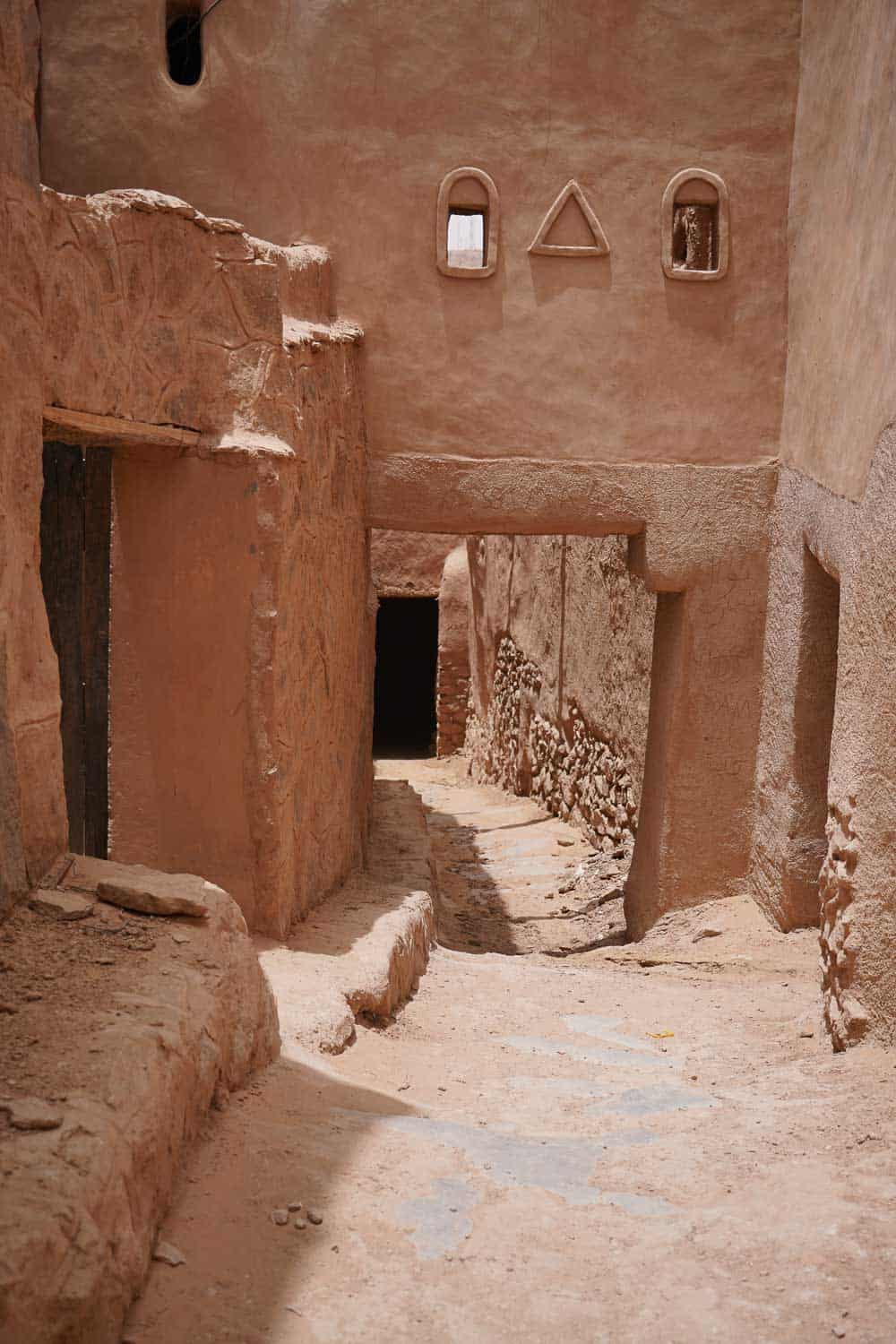 In the old Ksar 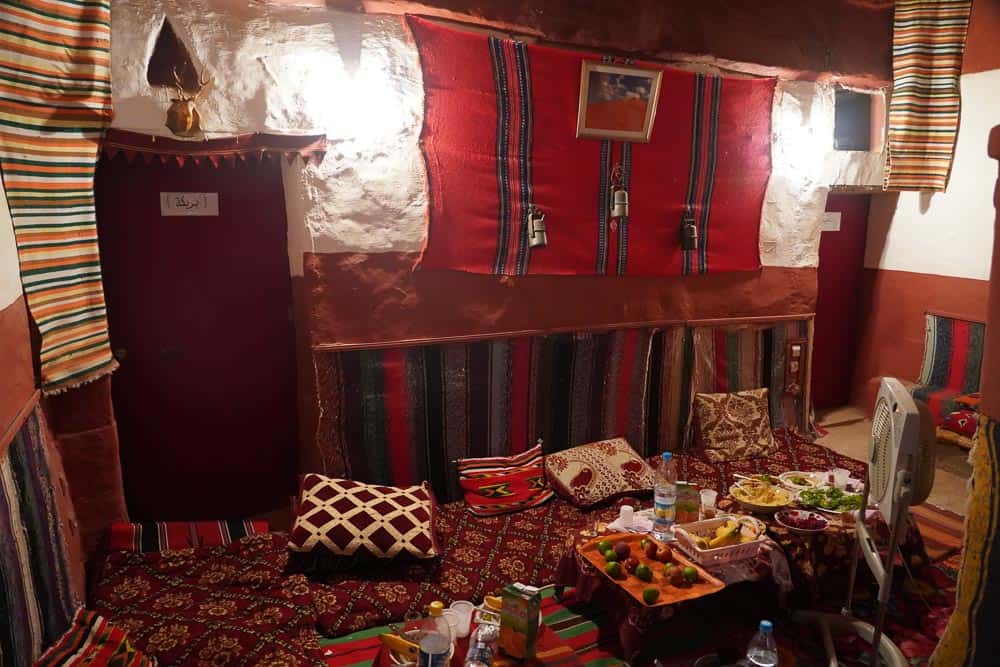 A local home inside the Ksar now turned into a local guesthoue.

Have Fun In The Sand Dunes.

The sand dunes around Taghit is probably the best place In Algeria to go snowboarding, downhill skiing or quad biking or what about going for a camel safari for a few days? 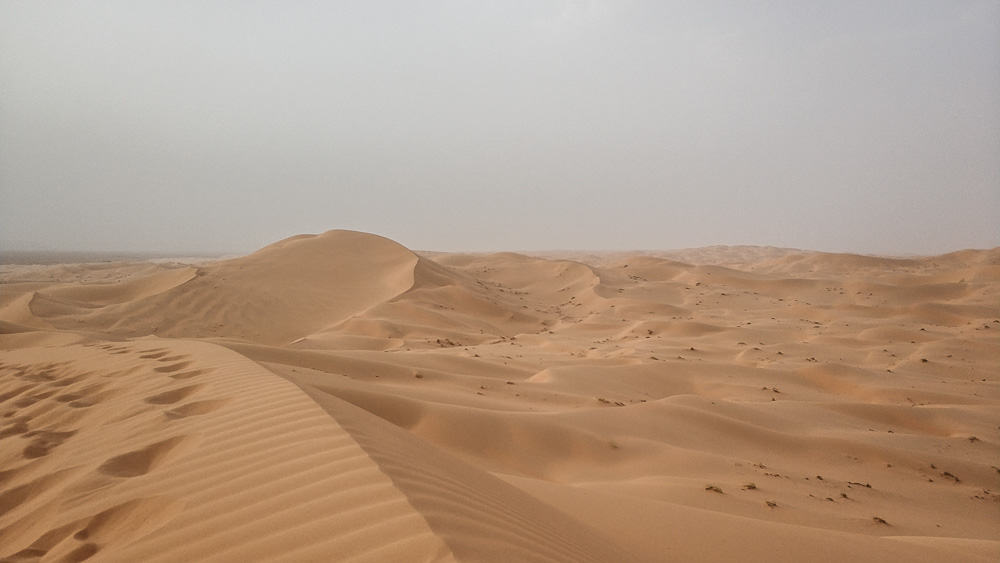 Climb The Sand dunes To Enjoy The Sunset Over Sahara.

The sand dunes on the outskirts of Taghit is one of the best places to enjoy a beautiful sunset in Algeria, bring a few local Algerian beers to the top of the dunes and just relax and enjoy. 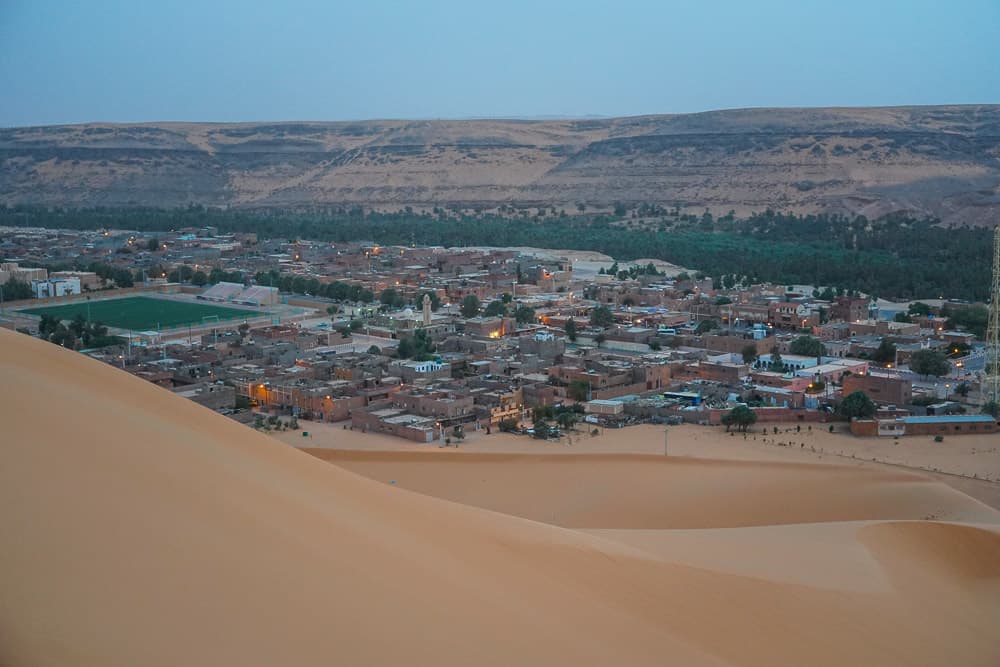 Overlooking Taghit from one of the tallest sand dunes outside the town. 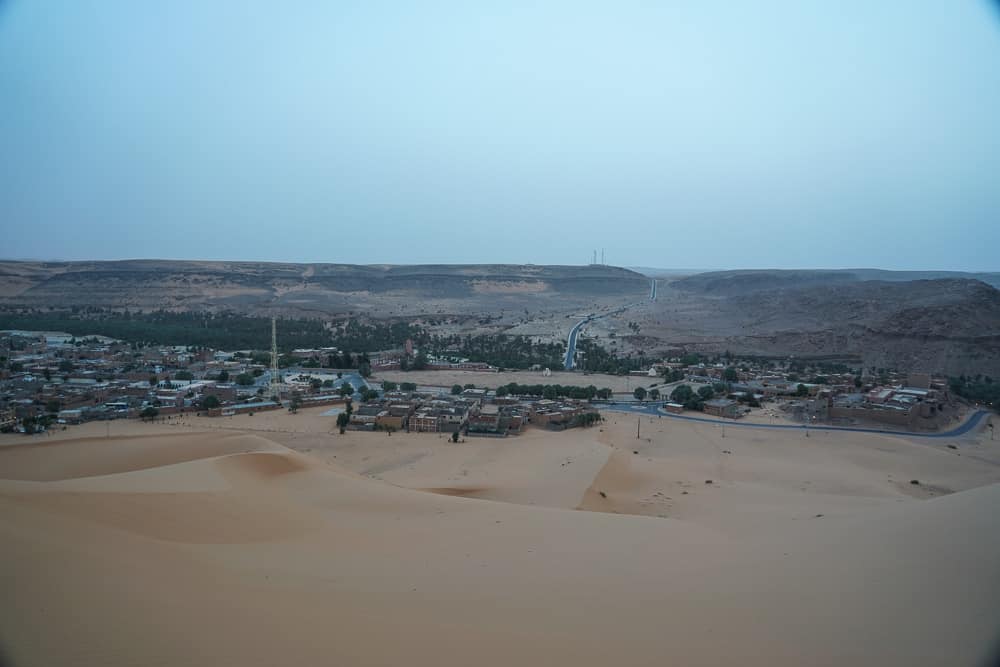 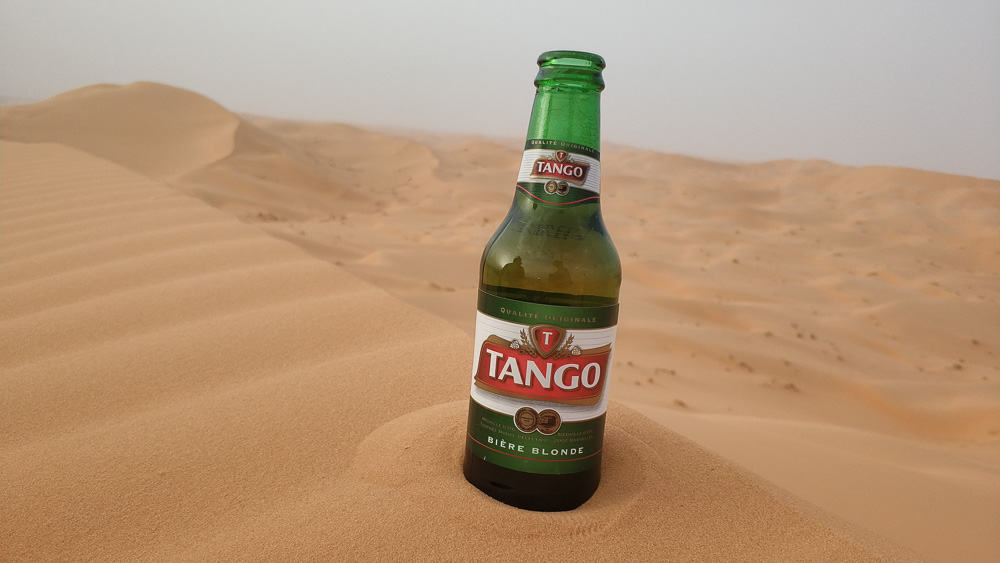 It´s worth bringing a few ice-cold local Algerian beers to the top of the sand dunes.

How To Get To Taghit?

The best and easiest way to reach Taghit is first to fly to Bechar wich is that largest city in this part of Algeria.

Bechar airport: Boudghene Ben Ali Lotfi Airport has daily flights from all the major cities in Algeria with Air Algeria.

If you have already booked your accommodation in Taghit so do the local hotels offer airport pick up. 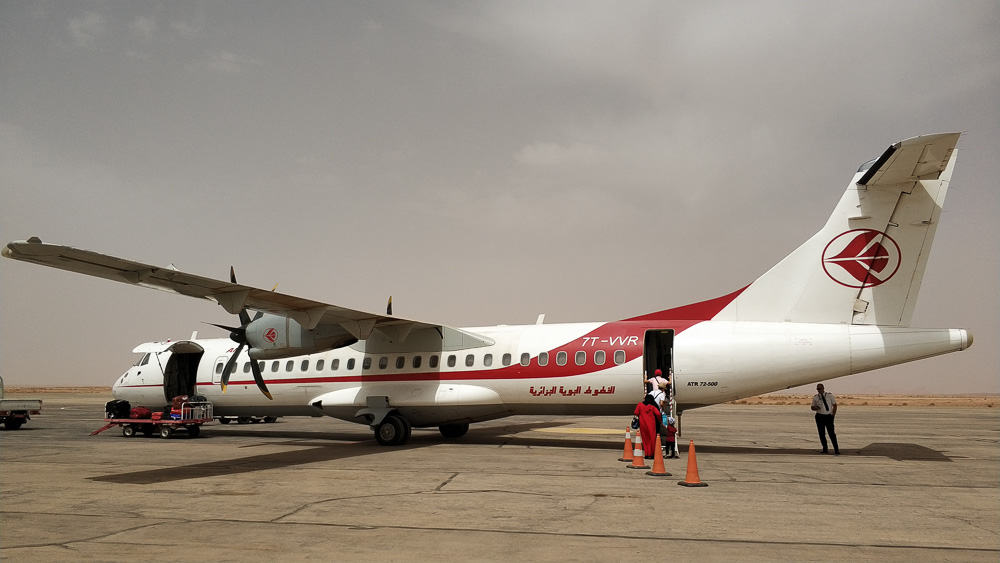 Taghit can be visited all year round, but be aware that the hot summer months (the time I did visit Algeria) can be unbearably hot with the temperature often going about 40c+/104f in the shade. Most of the local tour operators also close down during the hot summer months, which is low season.

There are not many accommodation options in this part of Algeria, you can either stay in an Airbnb or a local guesthouse inside the Ksar, or you can stay in the only proper hotel which is also the most expensive. Still, the beautiful has a swimming pool, which feels like heaven when there´s +40c in the shade. Hotel Taghit Saoura is also the only place in the area where you can buy alcohol. 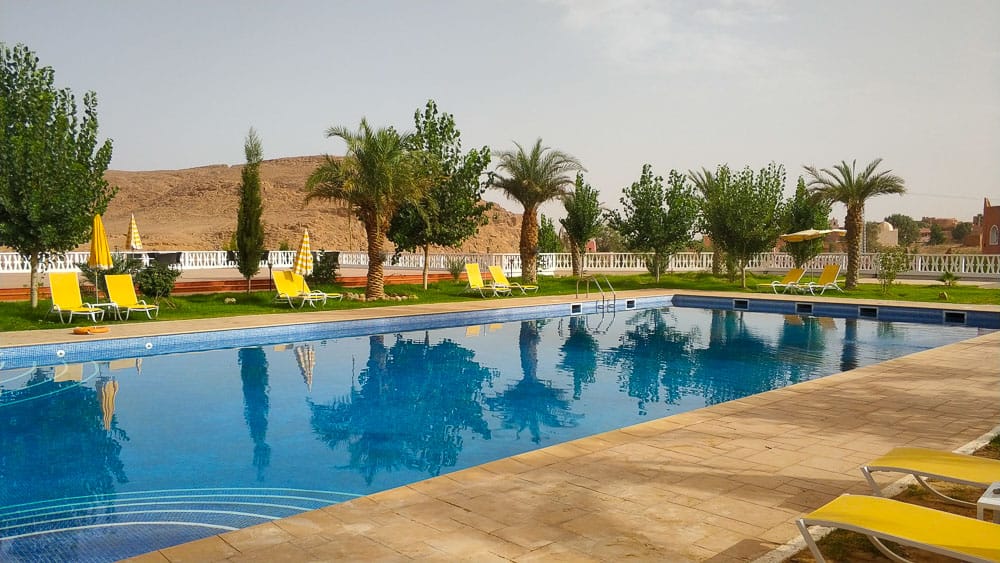 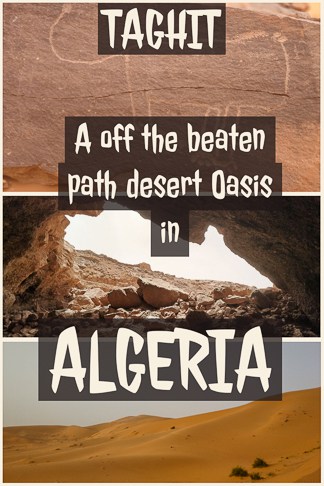 Travel guide to Taghit an off the beaten path in the Saharan desert, in western Algeria

The Ultimate 3 Days in Dallas, Texas Itinerary
← Previous
Travelling To Svalbard/Spitsbergen During Winter, Everything You Need To Know.
Next →
Click here to cancel reply.