There’s hardly a city on earth where so many people are crammed into such a small space, even if ‘small’ is rarely the adjective you’d choose for Hong Kong. 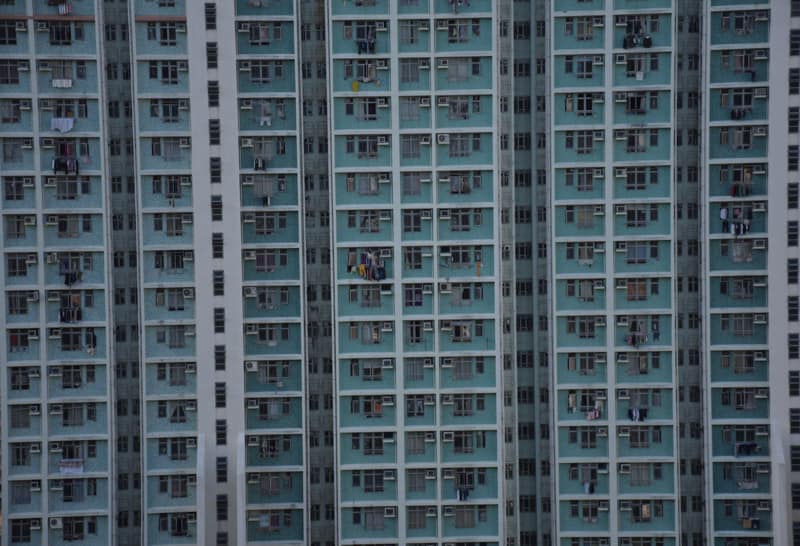 Spread over a series of islands both big and small at the end of the Pearl River Delta, this is one of the greatest metropolises on earth. Big business and banking meet amid the streets of Central.

Markets unfold with fortune-tellers and electronic emporiums in animated Kowloon. There are bright lights and dim sum shops galore along Victoria Harbour.

But there’s another side to Hong Kong. It comes with the green mountains that tower atop the great skyscrapers. They herald the town’s more natural reaches.

A quick ferry over to Lamma can showcase artsy fishing towns with powdery beaches among them. A ride on the MTR metro line can whisk you to the high-perched trekking tails of the Dragon’s Back. And there are surf spots, wild country parks for campers, and seas inhabited by pink dolphins capping off the lot.

(There are currently FCO warnings in place for Hong Kong on account of ongoing protests and clashes with police. Be sure to check ahead before you travel.)

Where exactly is Hong Kong?

Hong Kong juts out of China roughly midway between Taiwan and the island of Hainan. It’s officially a Special Administrative Region with guaranteed political and democratic rights that set it apart from the mainland (although that’s an ongoing debate).
The opening of the Pearl River is just to the west of Hong Kong’s downtown, which clings to large islands that are crumpled by mountains that rise to nearly 1,000 metres above sea level. 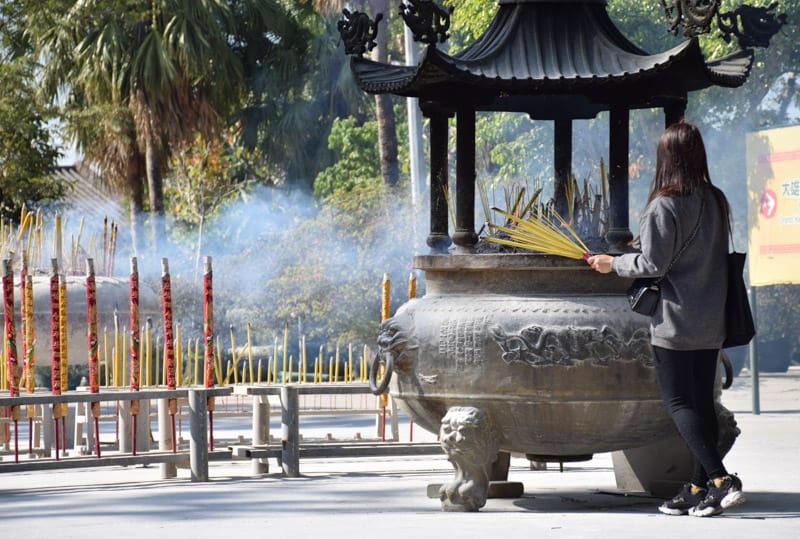 Top Things To Do In Hong Kong.

From high-altitude lookouts over the glinting skyscrapers to wild hikes in lonely mountain ranges, Hong Kong has sights and activities that are sure to surprise…

Ride the funicular to Victoria Peak

Victoria Peak is home to the most iconic views in all of Hong Kong. You can get up there on the vintage funicular line – the Peak Tram – that runs from Garden Road Admiralty below.

It’s been whisking visitors up to the summit for more than 130 years. These days, the arrivals station is a fully-fledged entertainment complex, complete with American-style burger joints and even the HKG outlet of Madame Tussauds. 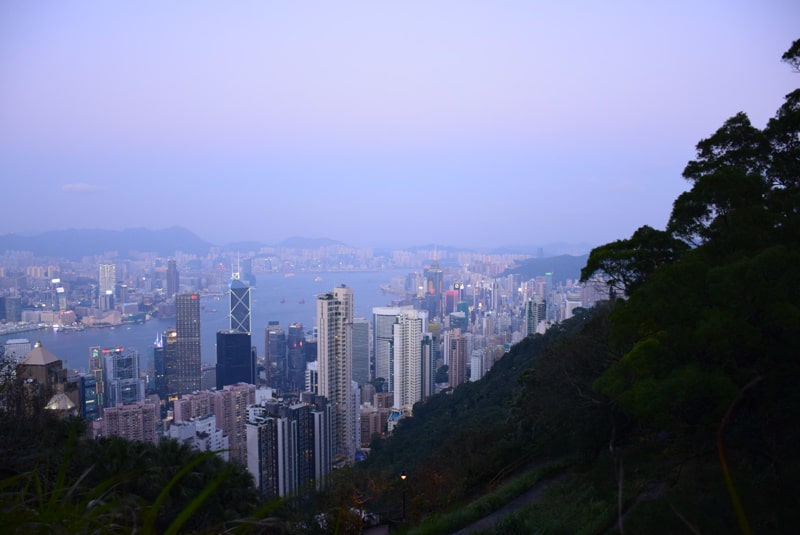 There are big platforms that jut over the harbour that are perfect for snapping those compulsory skyline shots. They are at their busiest during the sunset when crowds come to see the bright lights begin to illuminate across Kowloon and the bay.

If you’re feeling adventurous, consider skipping the Peak Tram and hiking to the top. There a number of popular routes that go through pine and acacia forests via the Wan Chai Gap.

Ride the cable car to the Big Buddha 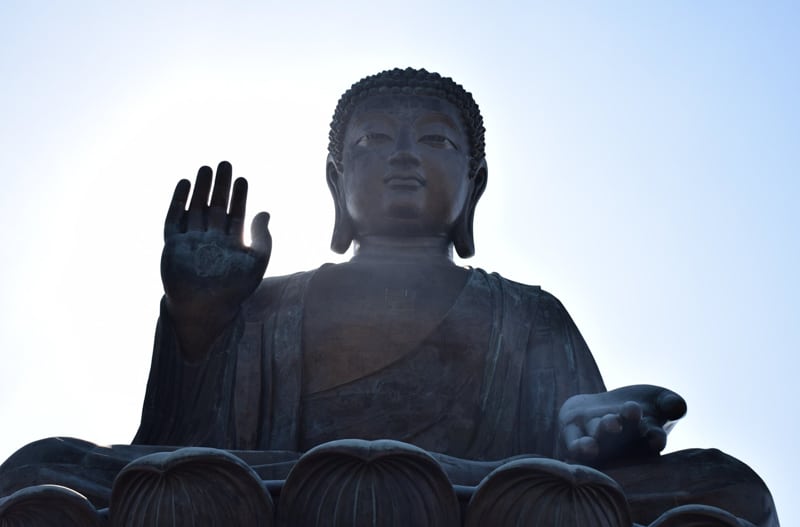 Head out to the island of Lantau, which sits close to the airport on the far western end of Hong Kong. There, the mountains rise over the sparkling South China Sea, concealing the huge Big Buddha statue.

The best way to reach it is surely on the Ngong Ping 360. That panoramic gondola comes with capsules that have glass-bottomed floors, so it’s not the faint of heart. Still, the ride takes you over woodlands and lakes to the mystical Po Lin Monastery in the hills.

Get off there and scramble up the 260 steps to the statue of Tian Tan – the aforementioned Big Buddha. It’s a colossal, 3-metre-high effigy of the Buddha Shakyamuni; hand outstretched, eyes half-closed in meditation. Loads come on pilgrimages to light incense and give offerings. But the views alone make it worth it, what with little Lamma Island and even the Chinese mainland within eyeshot.

Ferry over to Lamma

If the buzz of the big city is getting just a little too much, then Lamma island is the place to go. You can get there on a short 20-minute ferry from the quays on Central Pier. Then, it’s off the boat and back in time. The town is a ramshackle array of crooked cottages and taverns, half brick, half wood, sometimes topped with corrugated iron. The streets are narrow and winding, with fishing boats bobbing along rickety jetties by the sea. 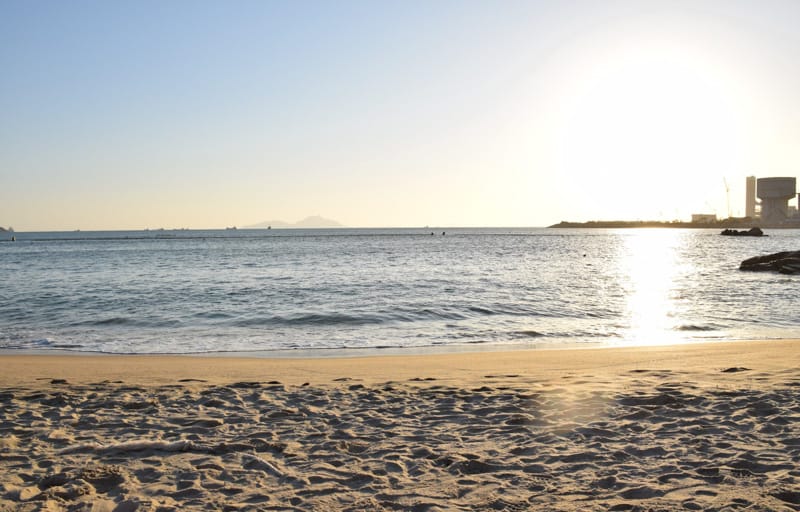 Hong Kong has some good beaches

Lamma’s got some of the most enticing seafood eateries in the city. Push past them, though, and you’ll discover lovely beaches to boot. The best are Lo So Shing and Yung Shue Ha, which slope into the sea on opposite sides of the island.

Hike the Dragon’s Back

One of the great things about Hong Kong is that it’s never hard to escape the heart of the metropolis. You can hop on the MTR railway and switch to a bus in Chai Wan to find leafy trailheads weaving up the hills of the Shek O Peninsular. 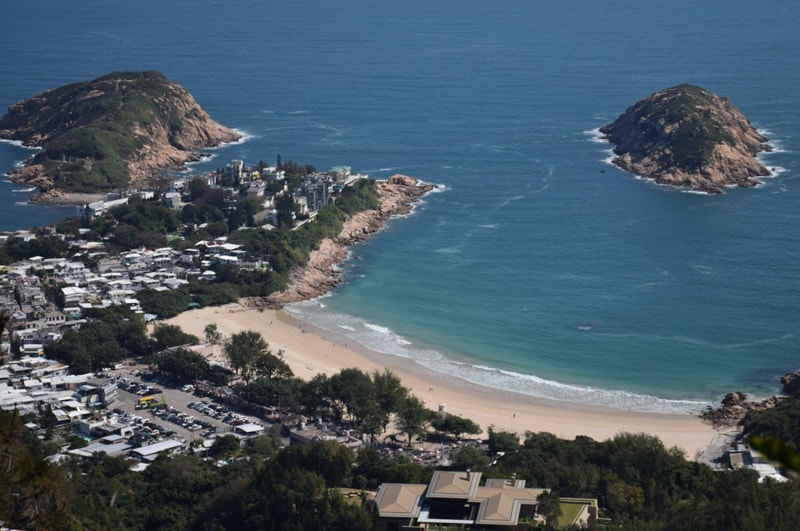 They link up to offer 8 kilometres of excellent hiking, over rocky lookout points, past glimmering coves like Shek O Beach, and between dense juniper and pine woods. The end of the trail takes you back to Chai Wan with a pitstop on Big Wave Bay, where you can try your hand at surfing.

Kowloon faces the skyscrapers of Central Hong Kong from across Victoria Harbour. It’s the more populous and frenetic side of the city, where life is lived in steamy dim sum bars, and bazaars dominate the street corners. There’s no better time to come and explore than at night when the markets fizz with life and energy.

There’s the Portland Night Market, where gadgets and fridge magnets and fortune-tellers converge on the blocks. There’s the wet market on Nelson Street, a medley of eels and snappers and multi-coloured fish. And that’s really just scratching the surface.

Get lost in Central and Wan Chai

These are two districts that form the beating heart of modern Hong Kong. Crisscrossing grids of traffic-filled lanes run from harbourside to hillside in both of them. 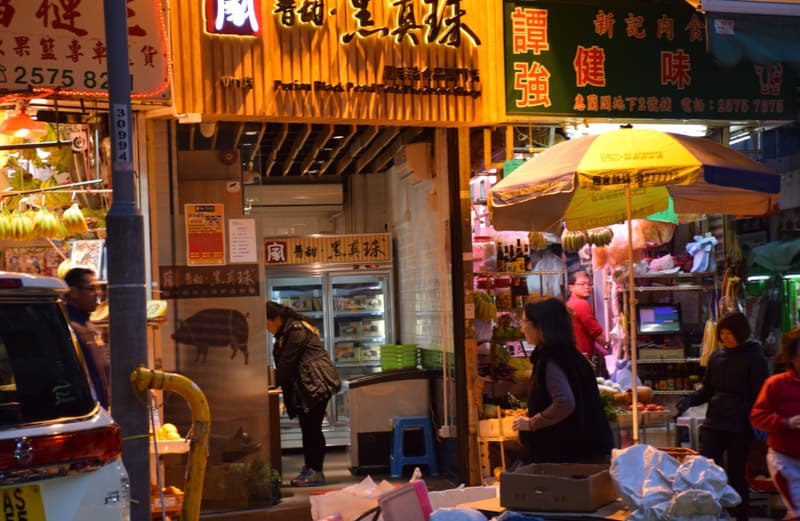 They pass vibrant wet markets stacked with fish and meat and spices. They go through food courts where dim sum and soy-sizzling noodles steam in huge cauldron woks. They duck under rattling MTR lines and gaze up at needle-like skyscrapers overhead. As a first-time visitor, there’s nothing quite like getting lost within. Just be sure to bring a map (or a smartphone with data) for when you need to get your bearings again.

How to get to Hong Kong.

Most people touchdown in Hong Kong from the air. The city’s airport is one of the largest in Asia. It serves upwards of 68 million people each year from its base on Chek Lap Kok island. Cathay Pacific – Hong Kong’s flag carrier – offers oodles of routes in from cities across the globe, from London to Madrid to Vancouver. And that’s not even mentioning the countless other long-haul and low-cost carriers that jet into the runways. The speedy Airport Express train can whiz you straight from the terminals to the downtown in around 25 minutes.

It’s also possible to get to Hong Kong direct from the Chinese mainland with Shenzhen and Guangzhou being the two first cities. There are several options, from cross-strait ferries to the direct roadway on the Hong Kong-Zhuhai bridge (the longest bridge in the world at a whopping 55 kilometres from start to finish). For those with extra cash to splash, there’s also a direct helicopter transfer with Sky Shuttle from Macau that leaves every half an hour.

Hong Kong’s hotel scene certainly isn’t the most affordable on the planet. But you can bag bargains by looking to outer districts or compact cube hotels. Meanwhile, the upscale end of the spectrum can be downright luxurious…

The latest incarnation of poshtel and one of the most stylish so-called ‘cube’ hotels in the city, SLEEEP (that’s three Es) has private bunk dorms with plenty of class. The whole place mixes breeze blocks and polished concrete to create somewhere truly industrial chic. Stays are surely on the cheapest end of the range for central HKG, and the location on Causeway Bay means you can get to virtually anywhere in the city by MTR with ease.

On the edge of the lively Wan Chai area, The Emperor Hotel is a high-rise that has rooms going up to over 20 storeys. That means they come with stunning views of the skyscrapers of Hong Kong. However, most visitors pick the spot for its proximity to the famous horseracing of Happy Valley. Breakfast is probably worth paying for – you get a buffet of noodles, hash browns, beans, eggs, and loads more.

TUVE mingles with the cookhouses and sky bars of Causeway Bay. But it hardly looks the part in Hong Kong. There’s a touch of the Scandi chic to its doubles and lobby areas, which are minimalist and stylish in the extreme. Rooms come with virtually no distractions, just comfy beds and calm design features.
Are you a veteran of travelling in Hong Kong? We’d love to hear any suggestions and ideas you have to add to this ultimate guide in the comments below… 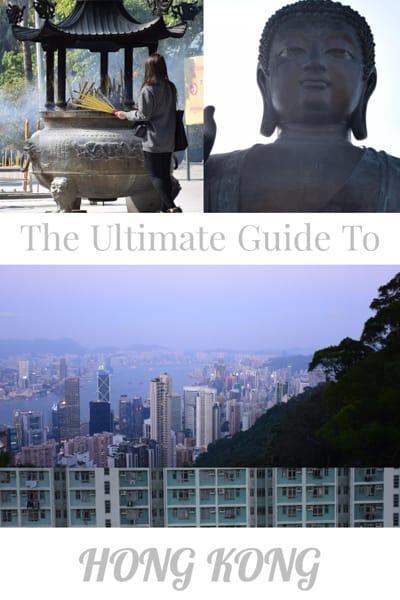 Everything you need to know before travelling to Hong Kong.