Tlemcen: The Pearl Of Algeria And A Must Visit Destination In The North Of Africa

Tlemcen one of the most historic cities in all of Algeria, locally known as, ‘the town of cherries” and a must-visit destination in northern Africa for history nerds. Tlemcen has over the years been influenced by Berber, Arab, Moorish, Ottoman and Western culture. 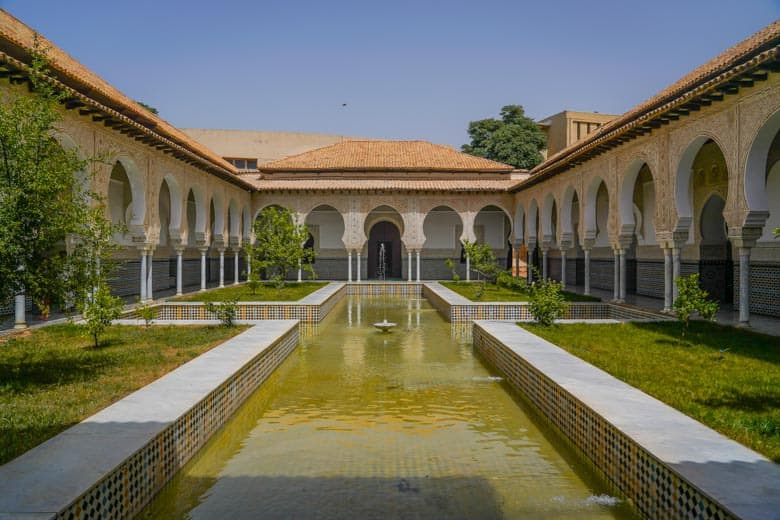 The history of Tlemcen goes back to the 2nd century AD when Tlemcen was founded as a Roman military outpost under the name Pomaria. It soon became the seat of the Roman Catholic Church in northern Africa. And for centuries was one of the most important Christian cities in the north of Africa until the Arabic invasion of Northern Africa in the year 708.

From the 8th century, Tlemcen was part of various Berber Kingdoms and an essential point on the trans-Sahara trade and on trade routes route from Sahara to Europe.

In 1236 Tlemcen become the Kingdom of Tlemcen, a kingdom that would last for more than 300 years before it fell under the Ottoman empire in 1554. Tlemcen started losing its importance and during WW2 had Tlemcen come little more than a railway stop.

Over the last centuries, the beauty of Tlemcen has been rediscovered, the historic sites have now been restored and it’s now one of the most important tourist destinations in Algeria.

In 1993 the Tlemcen National Park was established to protect not only the many archaeological and historical sites around the area but also the nature around the city which is covered with waterfalls, caves and lush forest.

Top Things To See In Tlemcen in Algeria.

The Great Mosque of Tlemcen. 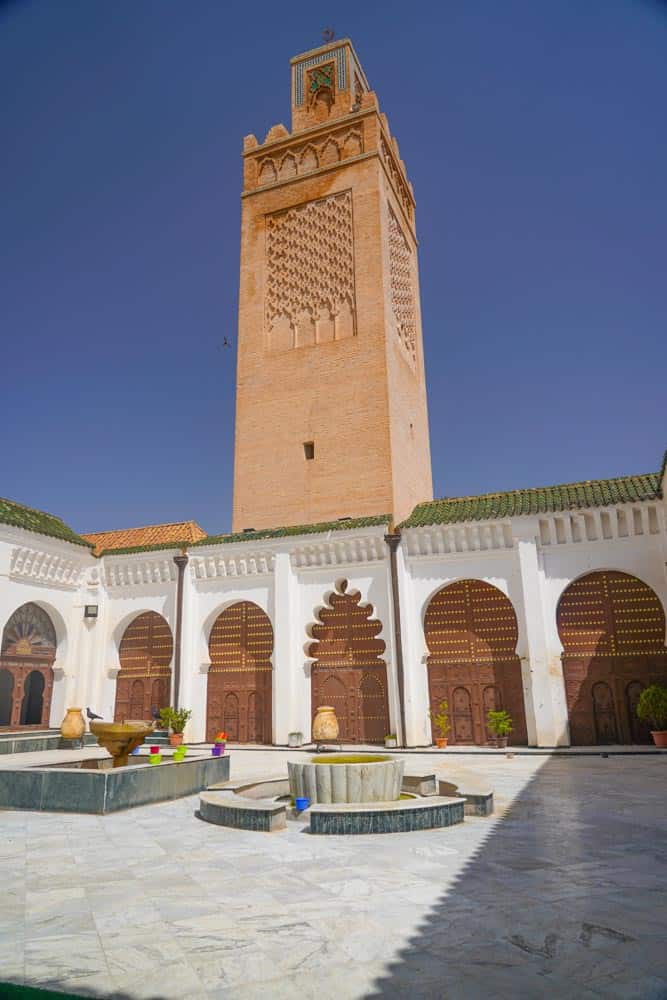 Inside the Great Mosque

The Great Mosque of Tlemcen was built in the year 1136, and it´s believed to be one of the five oldest mosques in Algeria. The Mosque is located in the city centre where it´s easy to see with its tall minaret; the Mosque is built in traditional Andalusian style (also known as Morish Arcticthure) and considered to be the most beautiful  Mosques in all of Algeria.

The mosque is often compared to the Great Mosque in Cordoba, Spain because of the similar style of architecture.
During my visit was a permit needed to be allowed to take photos inside the Mosque, but if you ask the guard nicely will he allow you to take a few fast photos. 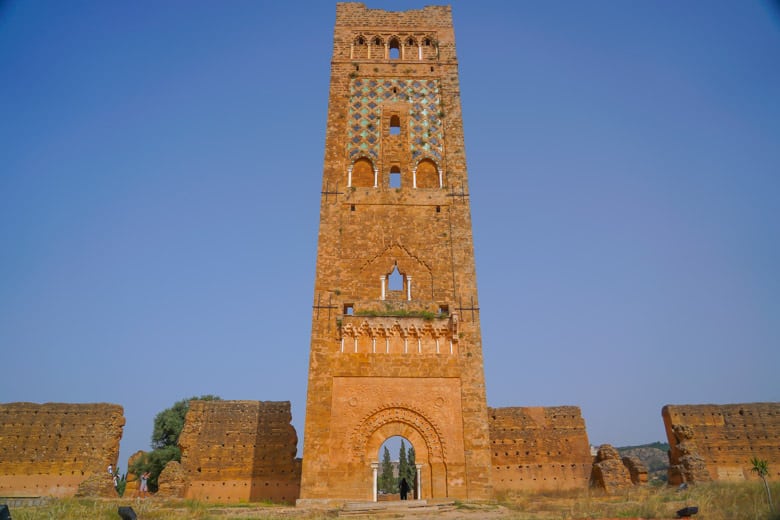 The 38meter tall Minaret Mansourah the landmark of the city

On the western outskirts of the city is the ruins of Mansourah (meaning The Victorious” in Arabic). Mansourah was once a walled city, with more than 4000m long and 13meteter tall wall around the city, it´s also said that the wall had over 80 watchtowers, these days do not much remains of the once important city, but the impressive 38meter tall Minaret is still standing tall.

The Minaret is similar to the one found in Tour Hassan in Rabat Marooco and the Giralda in Seville  Spain. It´s not possible to climb Minaret. 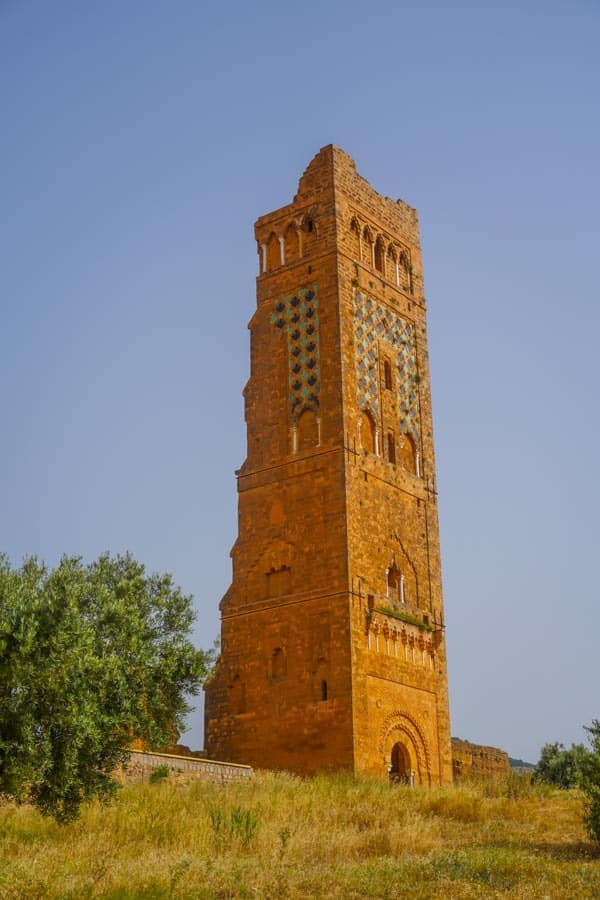 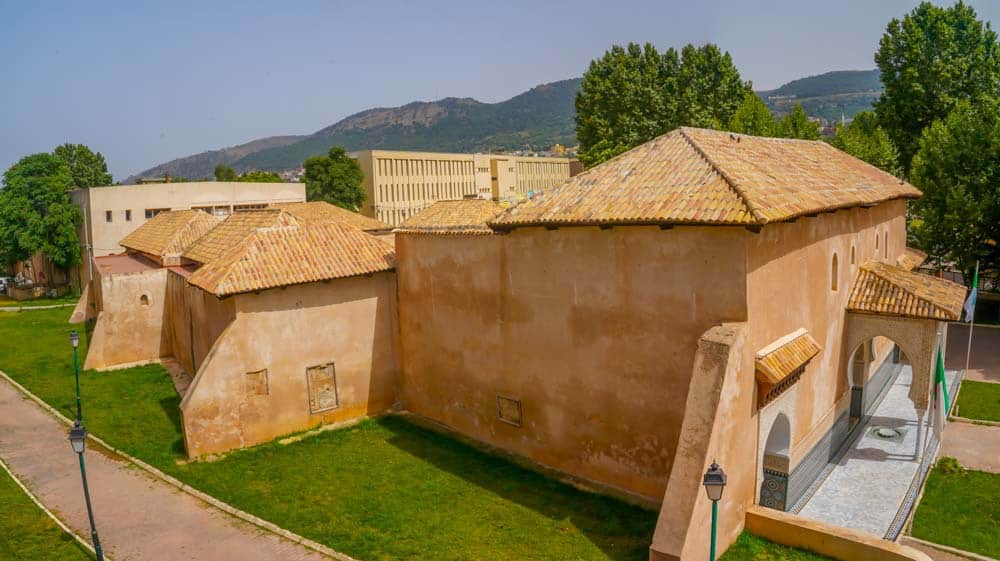 The most famous site in Tlemcen is the El Mechouar Palace. The palace was once part of a much bigger Citadel that was built here back in the year 1248. Unfurtuently was most of the complex destroyed during the Ottoman Empire.
But luckily was a significant part of the Citadel restored in 2010 to be part Tlemcen, capital of Islamic culture 2011. 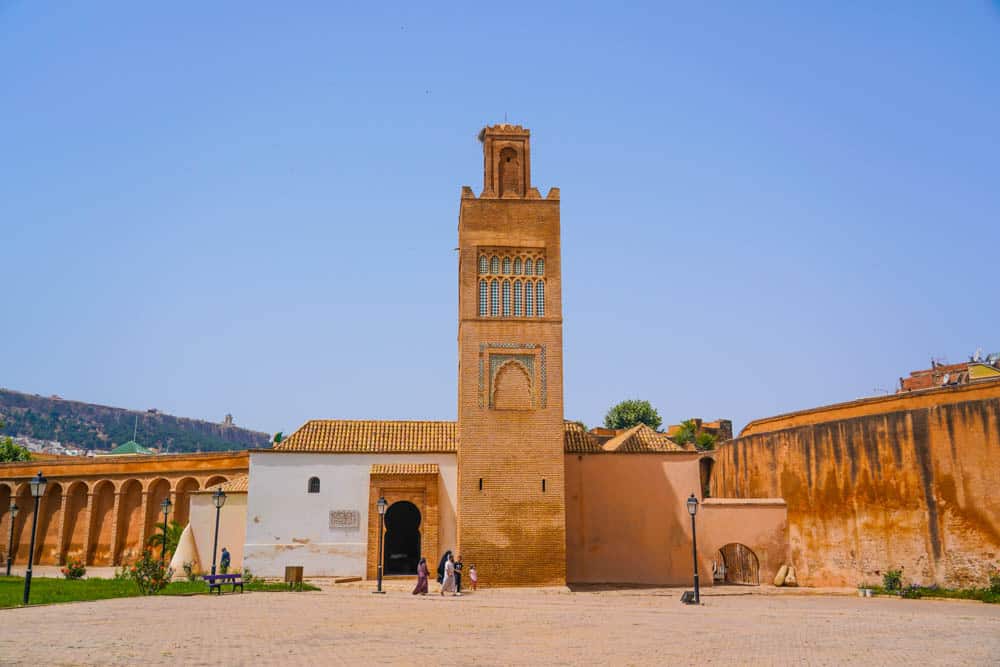 The Minaret at El Mechouar Mosque.

The complex contains El Mechouar Palace. The El Mechouar Mosque with its minaret dating back to 1311, during the French Occupation of Algeria was this Mosque turned into a church. There´s also a museum displaying national dresses from all regions of Algeria here. If you want to bring back some souvenirs from Algeria is also a shop with the biggest selection of local handcraft located here. 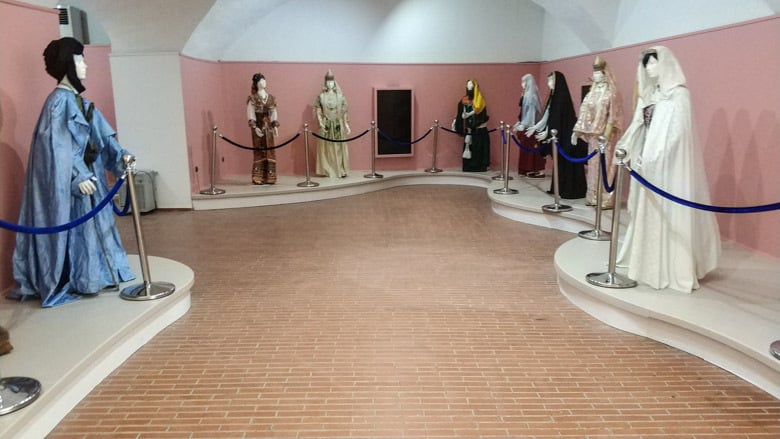 From the Museum of National dresses of Algeria. 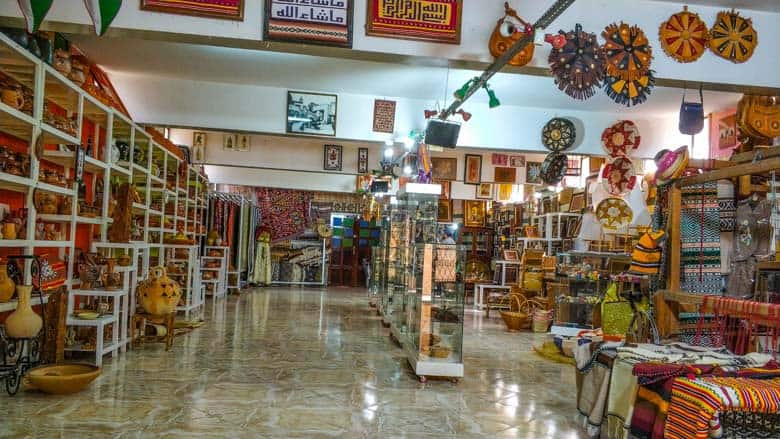 If you want to my local handicraft is this the best place. 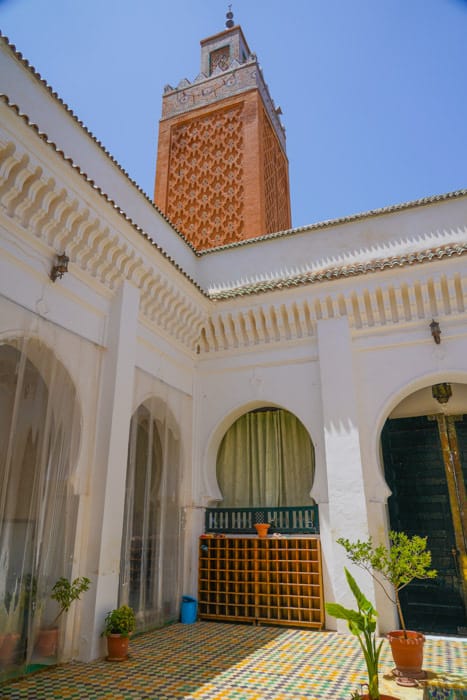 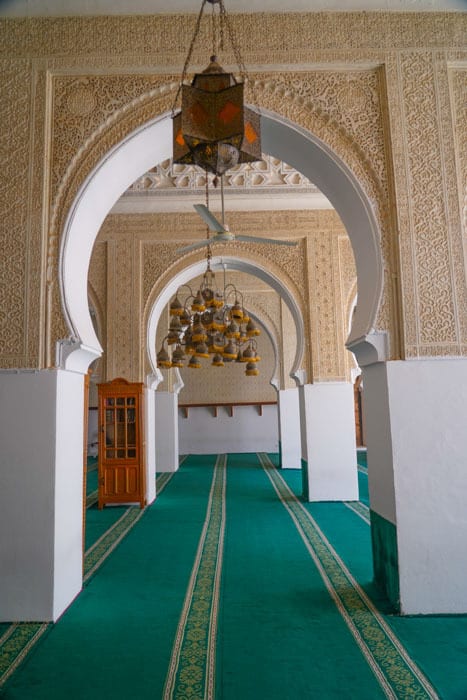 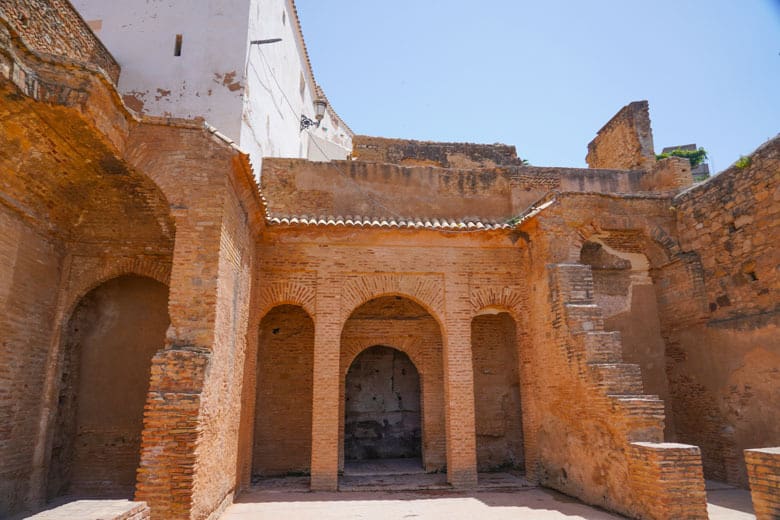 The remains of the old palace

Sidi Boumediene Mosque was built back in 1339, and it´s one of the most important religious sites in the city. Located 16Km outside the city on the hills overlooking the city.
The complex is not only a Mosque but also an Islamic school, the Mausoleum of Sidi Boumediene and there are even some old ruins from a palace that even holds the remains of an old Turkish bath just outside the Mosque. 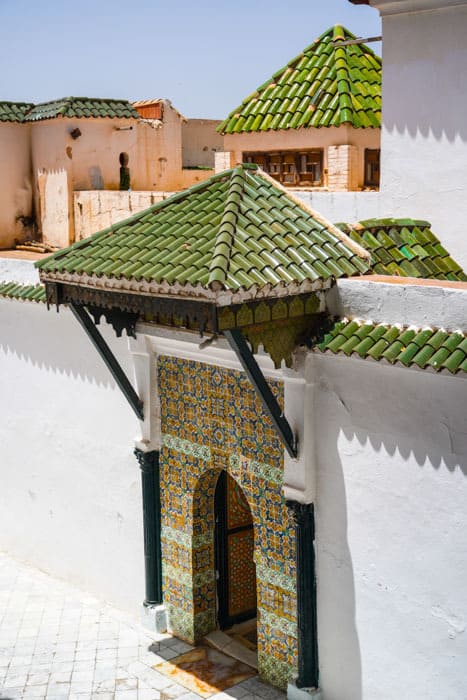 Entrance to the Mausoleum of Sidi Boumediene, no photos allowed inside.

The Mausoleum of Sidi Boumediene is an important pilgrimage place. Sidi Boumediene also was known as Choaïb Abou Madyane El Andaloussi born 1126 in Spain and died, 1197 in Tlemcen. Was an Algerian poet and teacher of Sufism, he´s considered to be the person that introduced Sufism to North Africa. He’s regarded as the heavenly protector over Tlemcen. 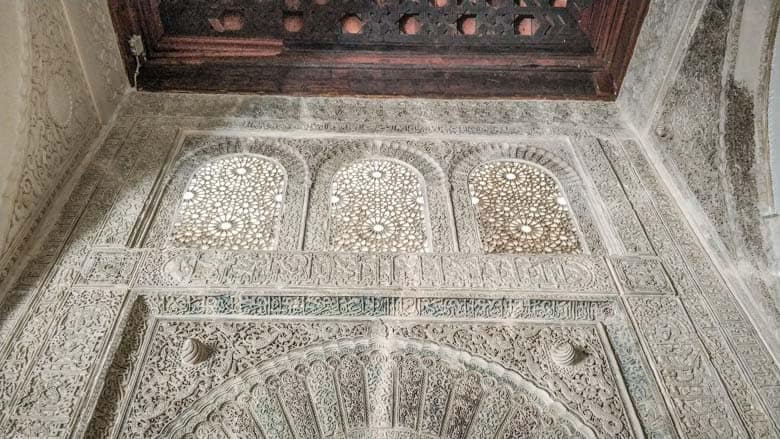 Some of the incredible carvings in Sidi Bellahsen Mosque. 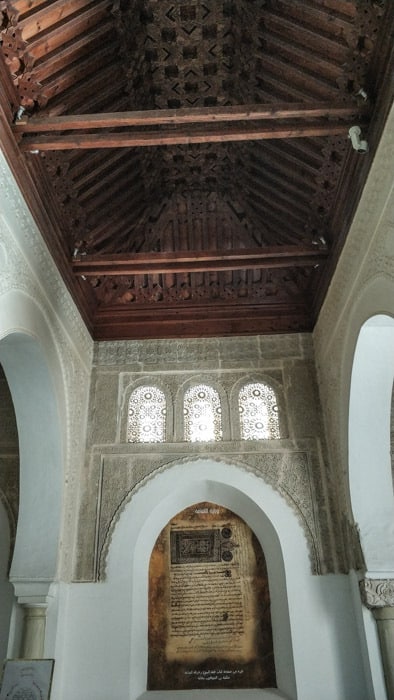 Another Mosque that´s worth a visit is the small Sidi Bellahsen Mosque just west side of the nearby square of the Great Mosque of Tlemcen.
The Mosque was built in 1296.
While both the Great Mosque of Tlemcen and the Sidi Boumediene is an essential place of worshipping and fully operating Mosque, so does the  Sidi Bellashen Mosque now serve as a Museum. 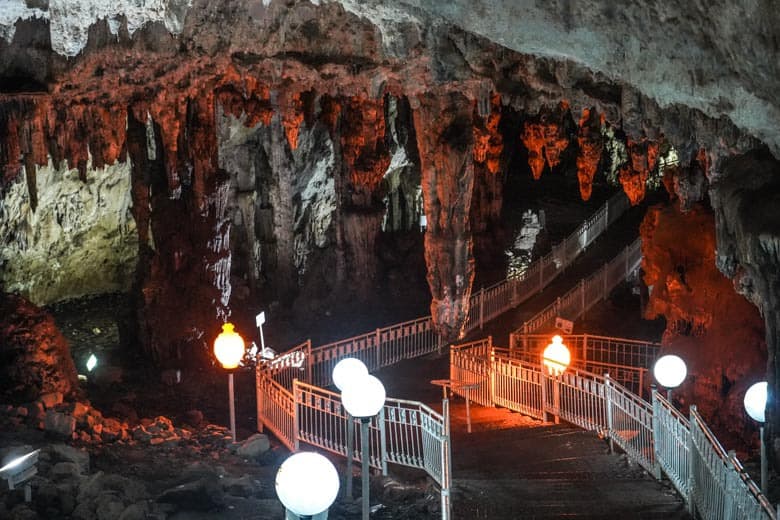 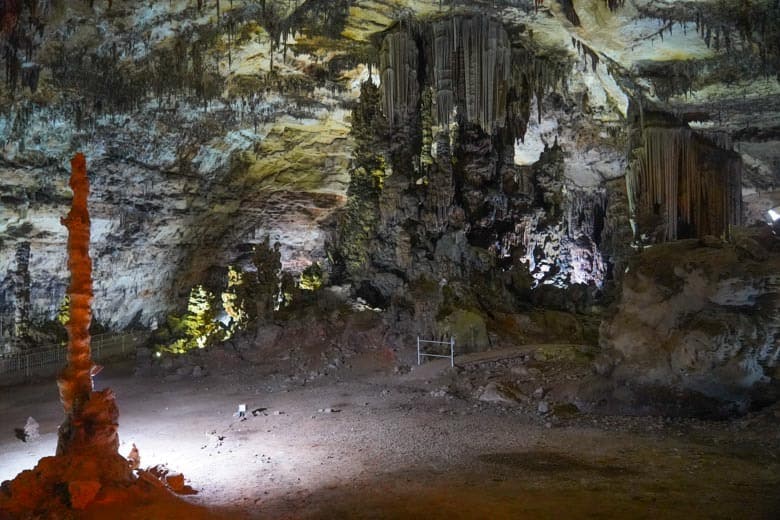 Around 20Km south-east of the city is the Beni Add Cave; a natural wonder believed to be more than 65 000 years old. The cave is especially popular during the summer months when the temperature in Tlemcen can reach a staggering 36+, while inside the cave it won´t get warmer than 16+. The cave itself goes as deep as 57 m (187 ft), underground and is covered with gigantic stalactites and impressive stalagmites which is illuminated with different colours.

On the way back to Tlemcen from Beni Add cave are a few small waterfalls, while the waterfalls itself is nothing to brag about, so are the area around it nicely built opp with small restaurants, which makes this an excellent place to stop for a coffee or a small snack.

panoramic view over the city 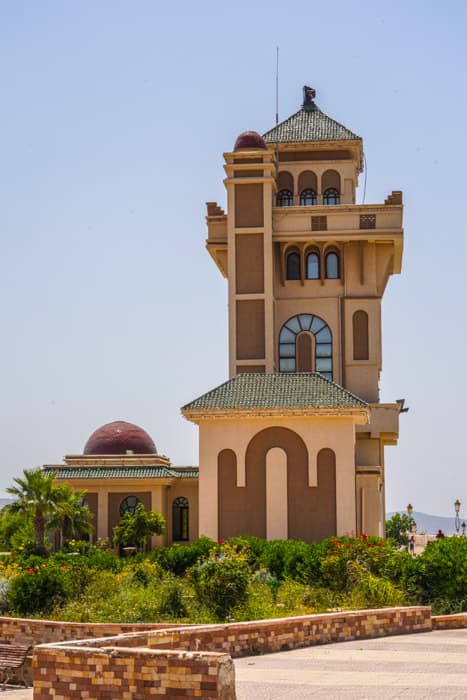 Like other cities in Algeria like the capital of the country Algiers and the amazing city of bridges, Constantine so does Tlemcen also have a cable car. While the cable car in the two other cities is in more for practical use for the locals, so are the cable car here in Tlemcen more for the scenic use where it goes from the centre of the town and up to the highest point the Lalla Setti Plateau at 1000 meters above sea level offering a sublime panoramic view of the entire city of Tlemcen.

There´s also a small amusement park, an artificial lake with paddleboats, a war museum and a  5* star hotel the Renaissance hotel one of few places you can buy alcohol in Tlemcen if you got some spare time is the forest here a popular place for small day hikes.

How to get to Tlemcen:

The easiest way to reach Tlemcen is by a 2-hour bus ride from Oran, the second biggest city in Algeria.
Tlemcen airport Zenata – Messali El Hadj Airport is located 17km northeast of Tlemcen city, there are international flights to Spain, France and Belgium form here, and domestic flights to Algiers the capital of Algeria.
The airport is built in traditional architecture and is a small and beautiful airport (I used it to fly back to Algiers) 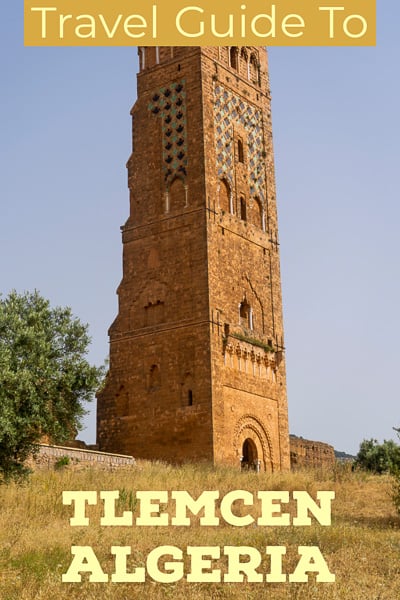 Everything You Need visits Tlemcen in Algeria 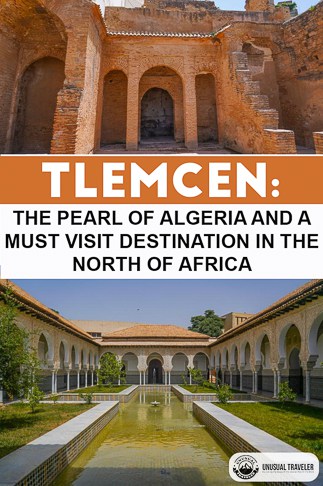 Everything you need to know about visiting Tlemcen in Algeria

Djemila Roman Ruins, A Unesco World Herritage Sites In Algeria.
← Previous
Top 10 Amazing Things To Do In Paro, Bhutan (You Should NOT Miss These!)
Next →
Click here to cancel reply.

Hi Christian! Seems like you had an amazing time in Argelia and you discovered an authentic pearl. Yours is t he only complete information about the northern he cities of Algeria that I've found in the internet. It will be my guideline during the whole trip. The north is precisely in what my visit will focus, as I won't have enough time for traveling to the desert. I am from Barcelona and a week ago I decided I would go there for 5 days in Eastern.

I wonder your opinion about Oran. Is it worth visiting? Is there more atmosphere/nightlife than in Algiers? I'm planning of catching an internal flight to go either to Oran or Constantine for a couple nights, and then return to Algiers for my flight back to Barcelona.

Thank you in advance and congratulations both for your pictures and your descriptions. Your trips are unique in the internet, very few people (if any) go to where you go and inform with such detail.

Hello Aleix. Sorry, I didn't see your message before now.

I stayed only 1 day In Oran, it seemed like a cool city, it´s more laidback and liberal than other places in Algeria, there were a few interesting sites there, but personally did I like the Constantine a lot more. I'm planning a new trip back to Algeria now to visit the southern part of the country, so hopefully, will I keep posting about untouristy places:)