Riga, the capital of Latvia, is a popular weekend destination for people from western Europe.
They visit Riga because it’s cheap and also because you get some serious value for your money compared to what you would get for Euros back at home. Everything from doing your teeth at one of the local dentists, shopping, local food, and alcohol is cheap there. 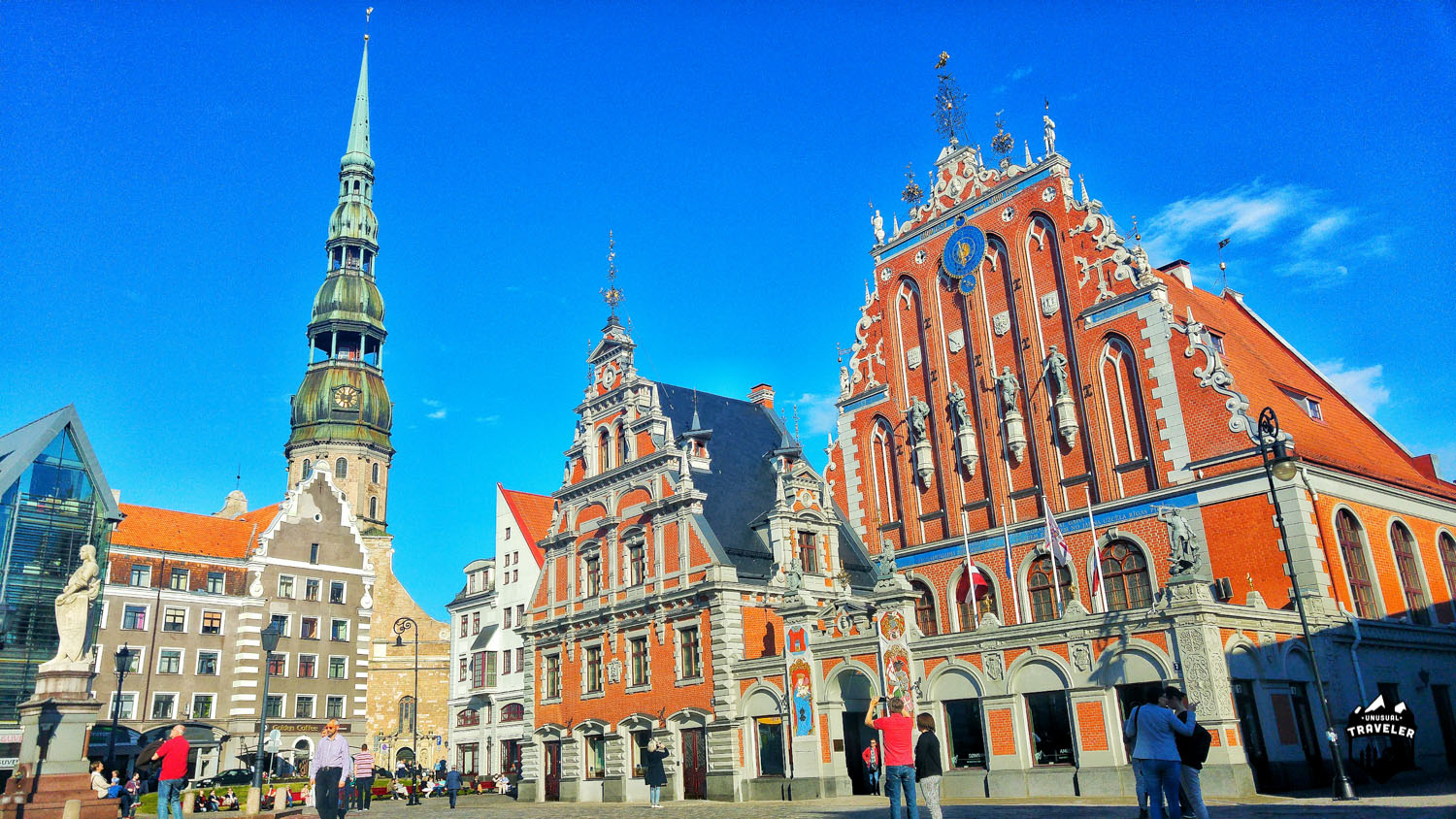 If you are travelling to neighbouring Estonia and it´s beautiful capital Tallinn next, be sure to check out this post.

Riga was founded in, 1158 by German Traders and have today more than 700 000 inhabitants. One-third of the population of Latvia live in Riga, which makes it the largest city in the Baltic States.

The old town of Riga has almost 800 buildings in the Art nouveau (that means “new art”) architectural style ( Art nouveau refers to an artistic movement that swept through Europe between the 1880s and World War 1).
Art nouveau is characterized by flowing lines, curves, and whimsical incorporation of elements inspired by the natural world. In 1997, the city was added on the UNESCO world heritage list.

Most of the city’s sights are located in or around the Old Town, so you can easily walk. If you don’t like walking too much, you can always do a beer stop in one of the hundreds of bars and restaurants that are dotted around the old town.

If looking for cheap places to eat in Riga, be sure to check out this post.

But be aware that the beer prices vary a LOT, from 7 Euro for a pint to 2,50 Euro just a street away.

1. Look at the “House of Blackheads”.

The house of the Blackheads, at the Town Hall Square.

The house of the Blackheads is probably the most famous site in Riga. Here was were the unmarried German merchant (businessmen/traders) would have lived back in 1334 when the house was built.
Unfortunately, this is not the original House of Blackheads. The original building was bombed into ruins in 1941 and demolished in 1948.
The current building was raised as an exact replica in 1999.

Today, the left part of the building is the Riga Tourist information, and the right part is a museum. 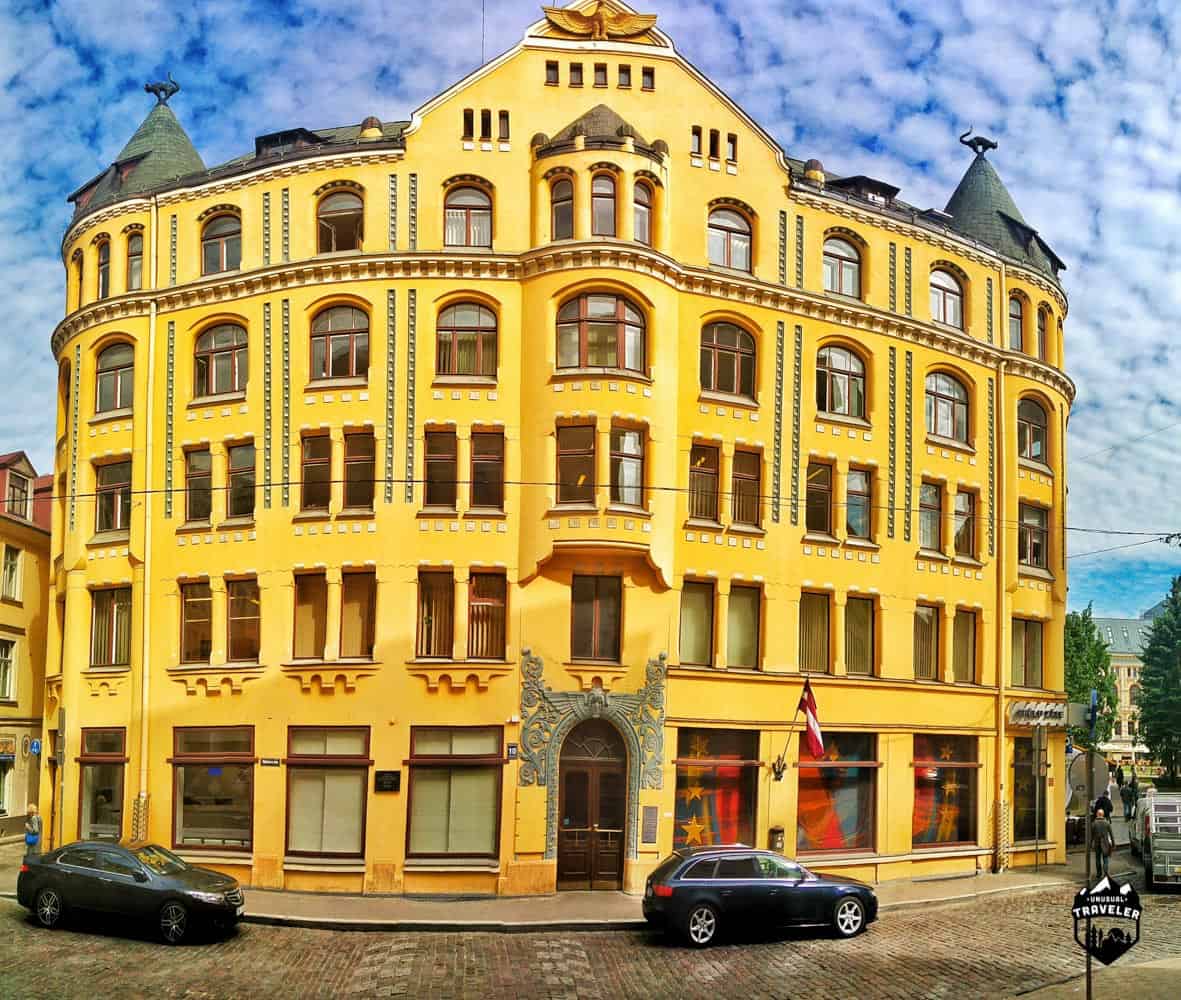 Almost as famous and maybe even more famous than the “House of Blackheads”, is the yellow buildings with two metal cats on the roof.
It’s one of the sights you would never know was a sight if you walked past it or nobody told you it’s famous. I’ve seen park benches in other parts of the world that have been more of a sight.

3. Look through a Swedish Gate. 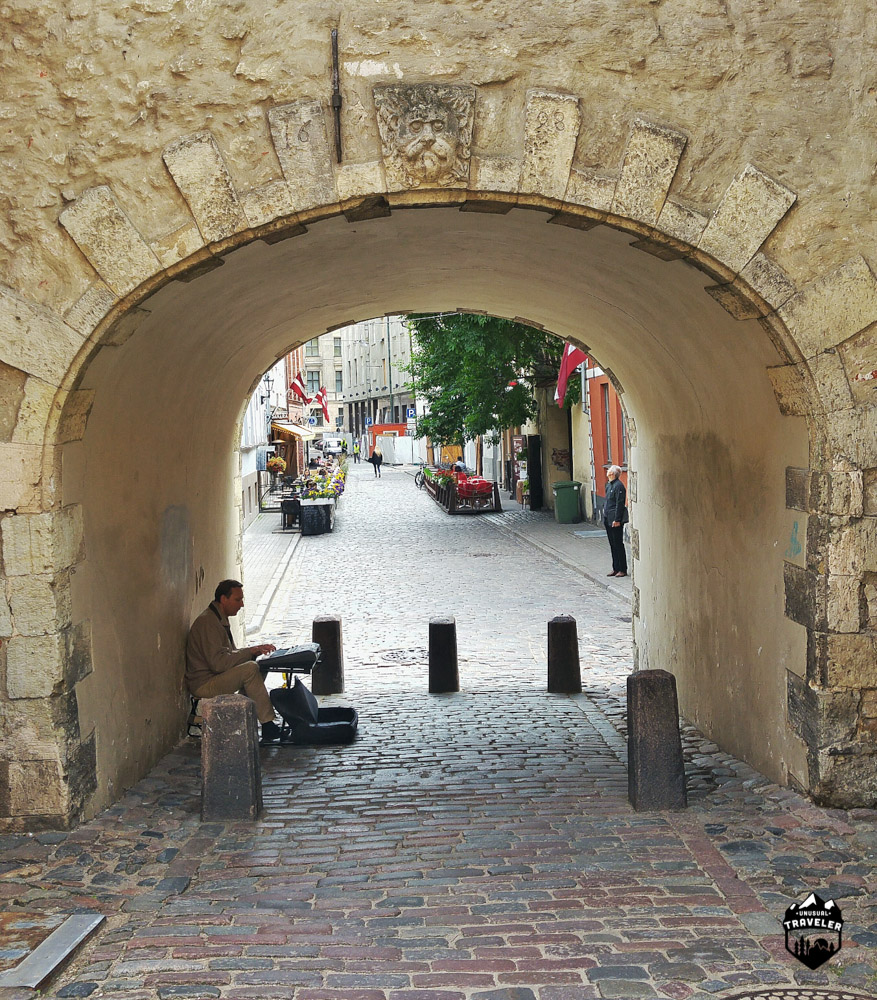 The Swedish gate from the north. 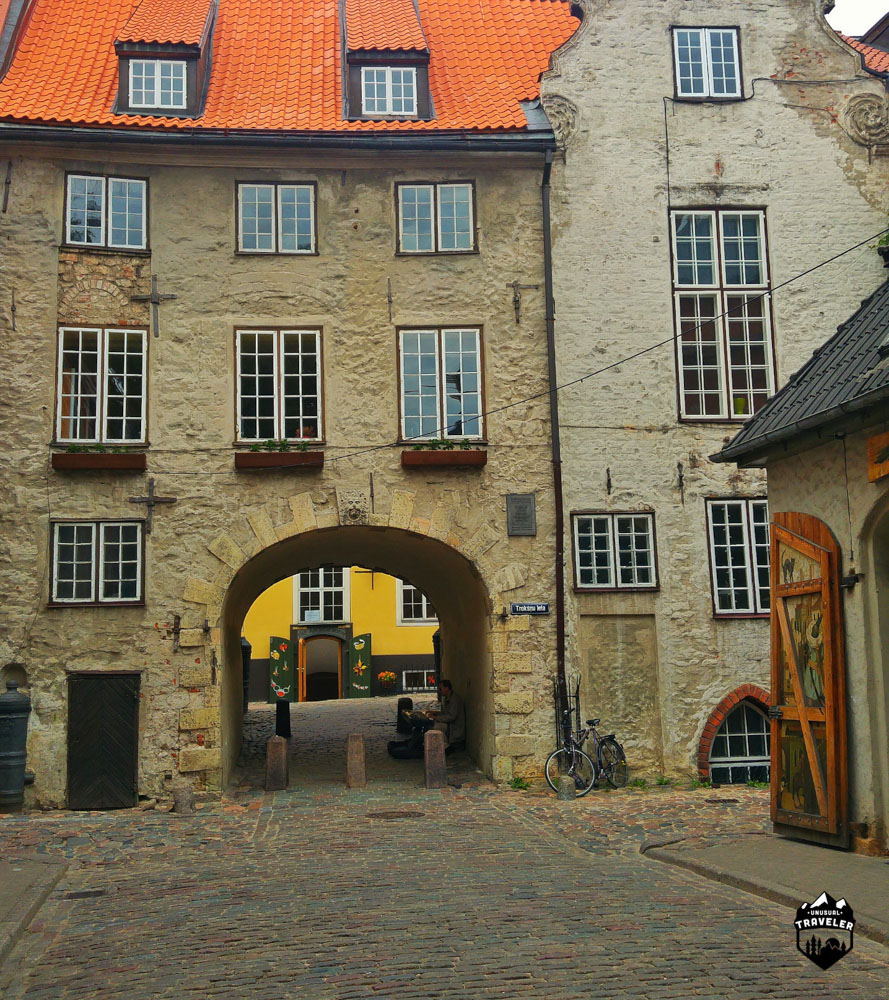 The Swedish Gate from the South.

Built-in 1698 to be part of the medieval walls around the old town when Sweden was in power, the Swedish Gate is the only remaining Gate from Old Riga today. The restaurants in the southern part of the gate are pretty cheap and serve good food.

4. Look out a window while having a beer. 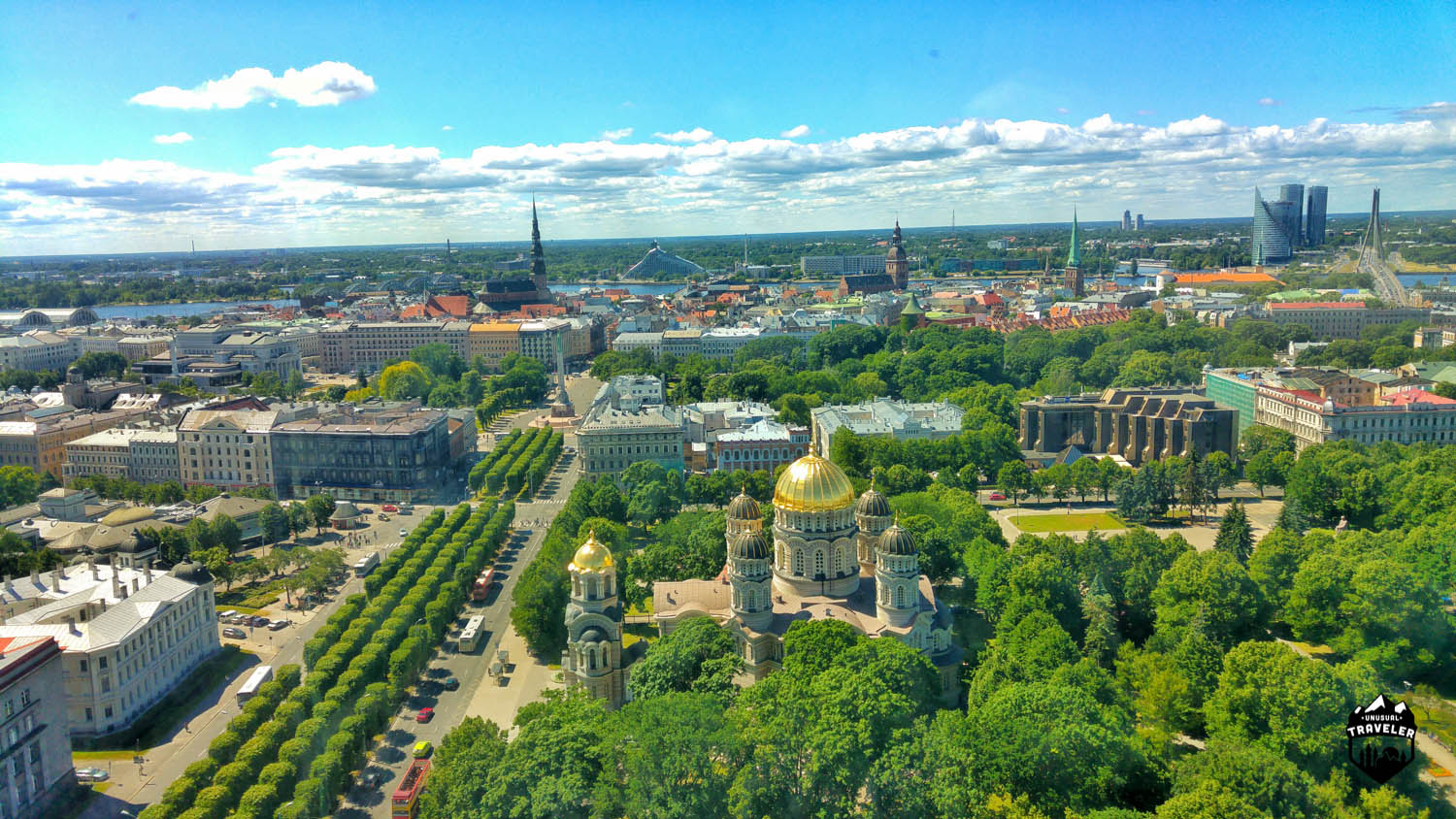 The view from Raddison Blu

There are a few viewpoints around the city, with the 26th-floor Sky-bar at Raddison Blu that is my favourite. It offers an almost 360-degree view of the city; the beer/drink prices are surprisingly low. 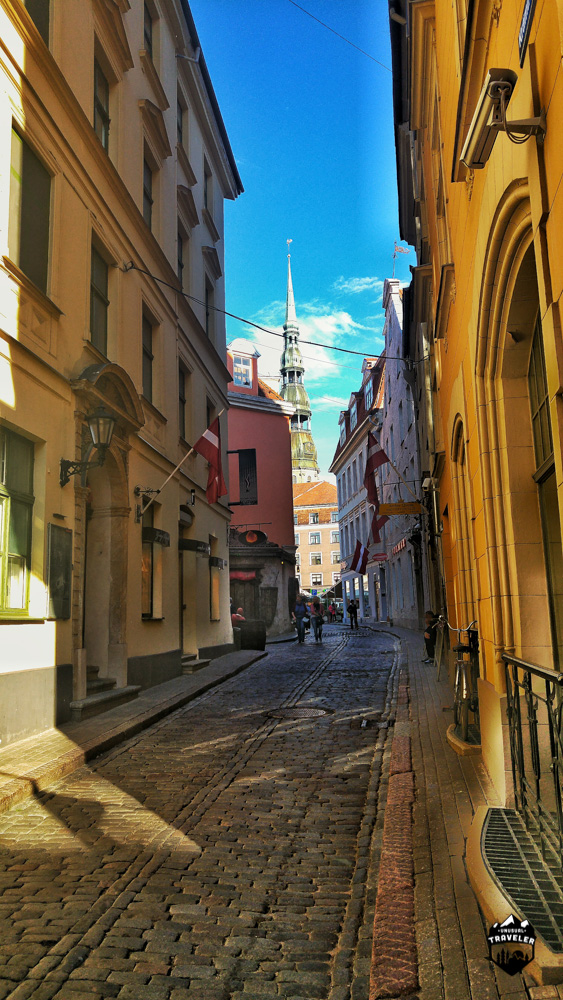 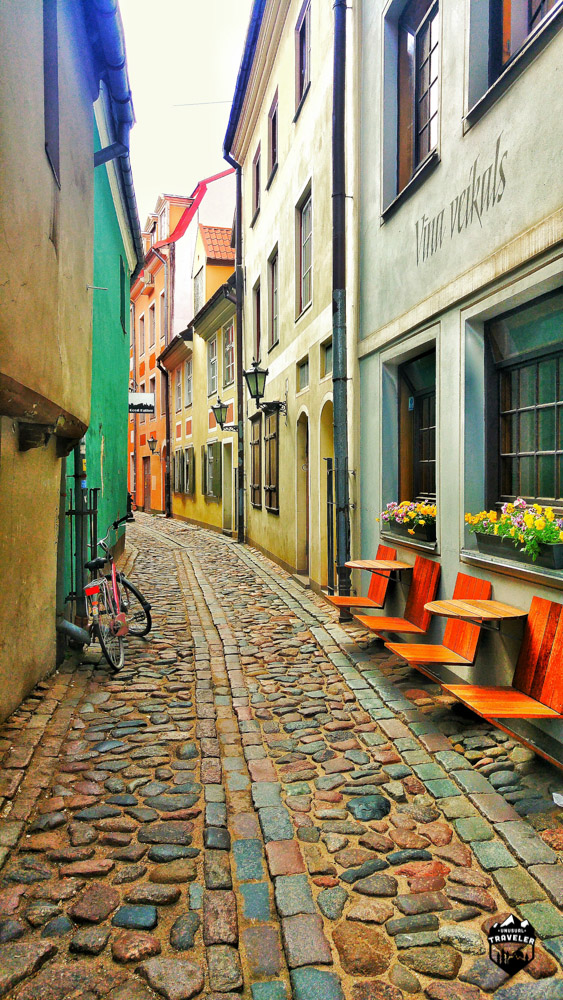 A backstreet close to Swedish Gate

There are tons of small charming restaurants and cafes down the backstreets. The prices there are A LOT cheaper than the main squares, a good place to enjoy a cold beer or two. 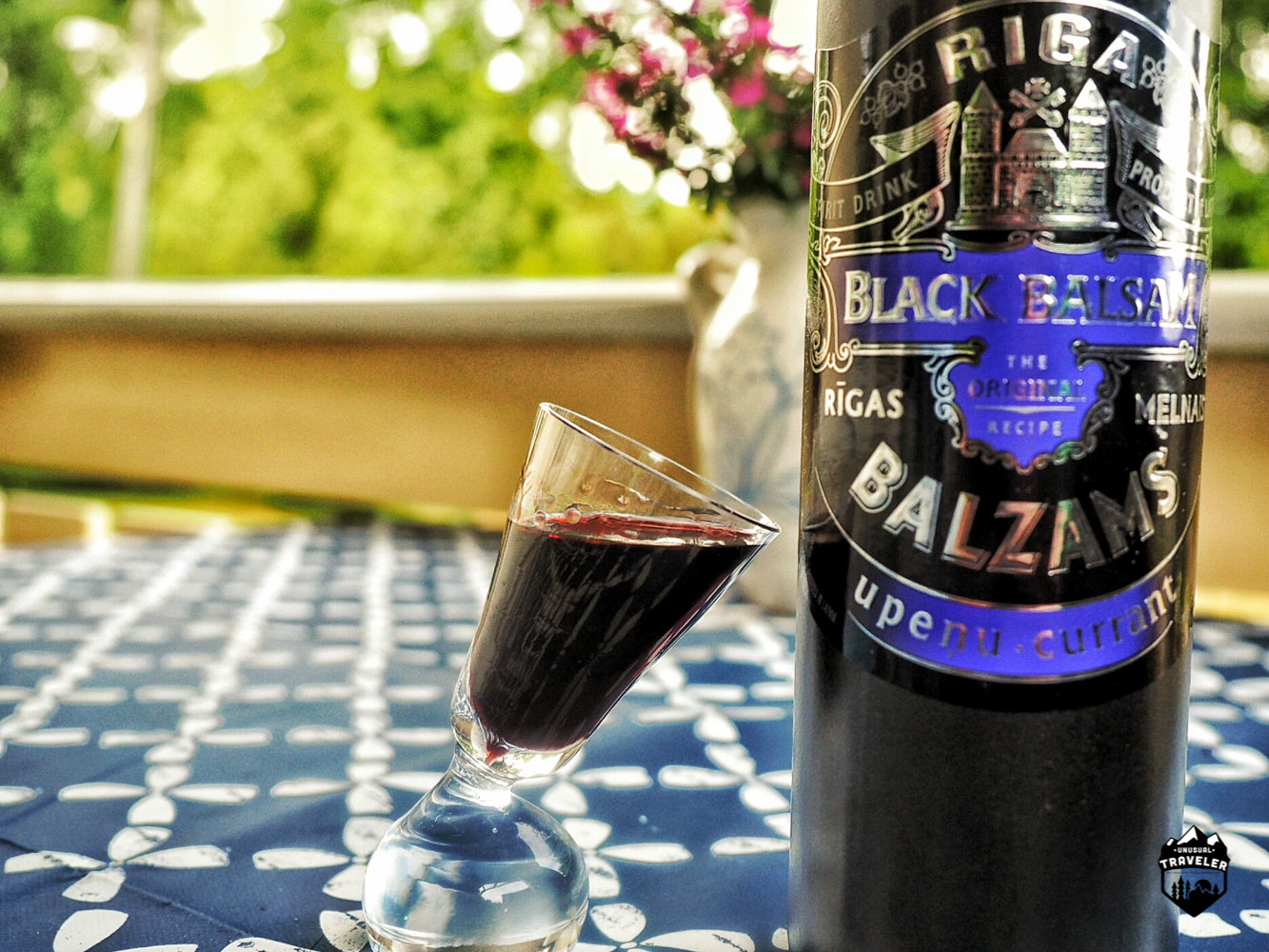 Riga Balsam is to Latvia what Sake is to Japan, what Grapa is to Italians or what Coca-Cola is to the USA.
The Riga Balsam is a herbal liqueur made with many different natural ingredients mixed with pure vodka.
You can get it in bottles of 30%, 40%, and 45%. It’s served in “every” restaurants and bar around the city. 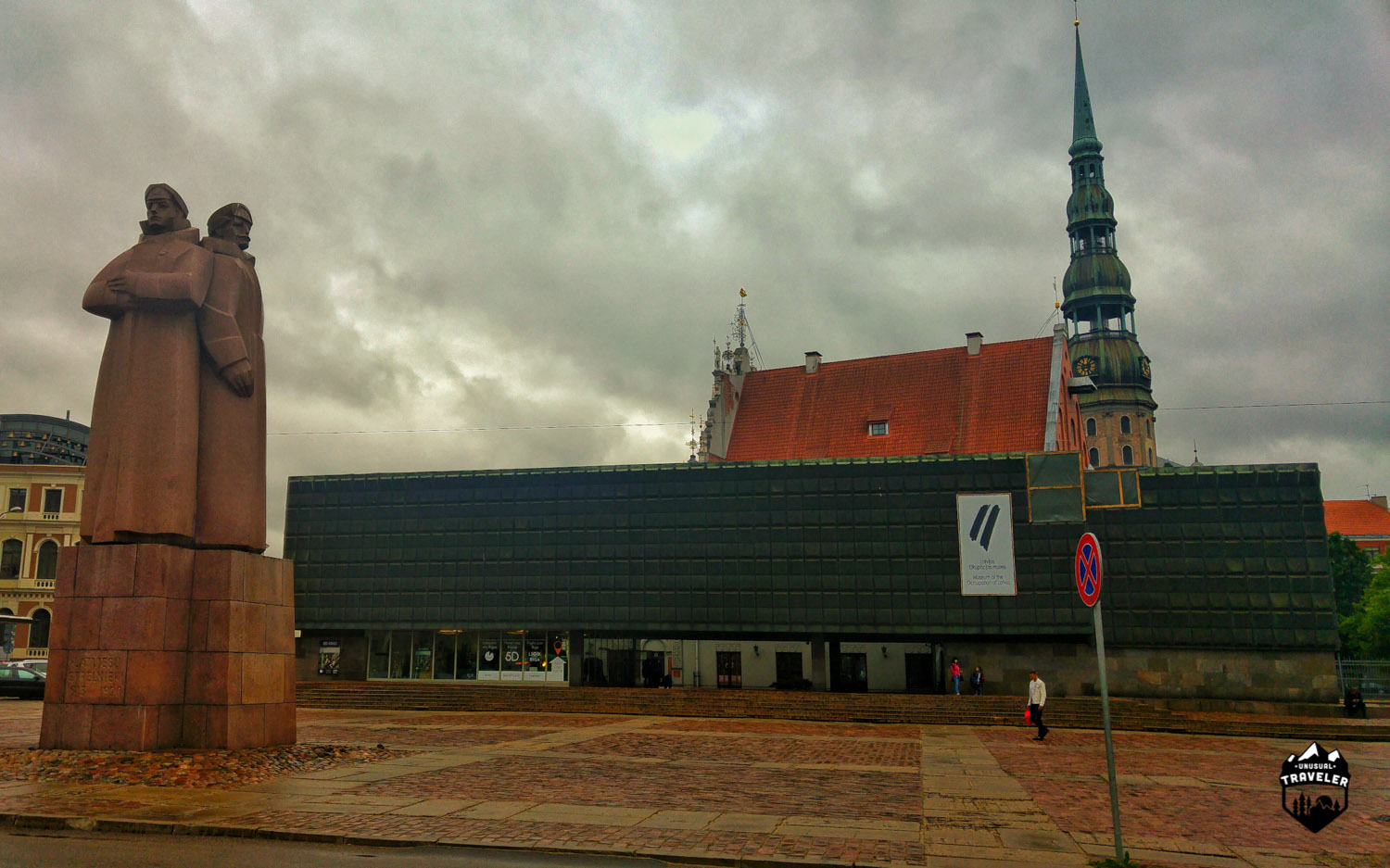 The Museum of Occupation of Latvia 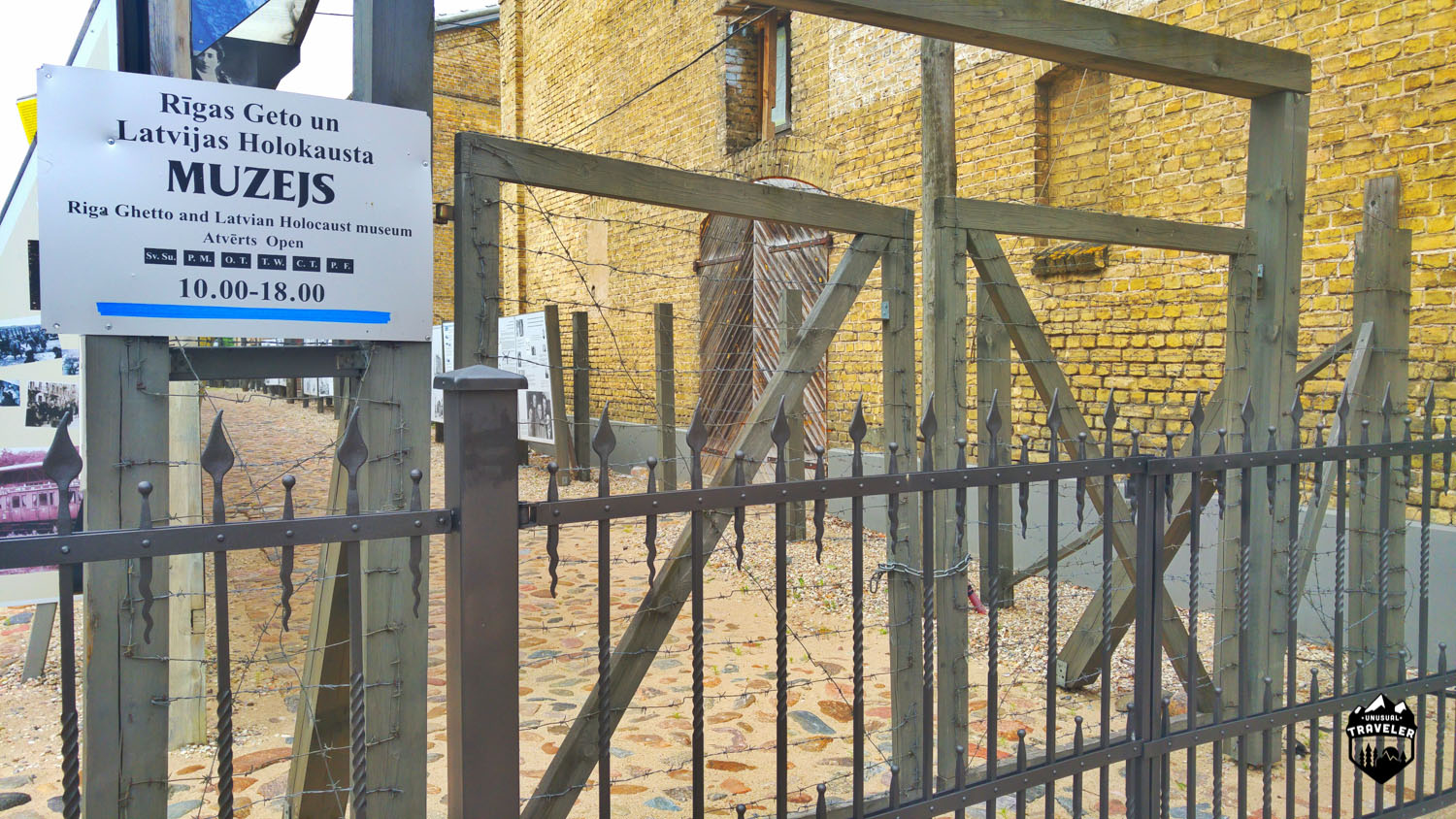 There are numerous museums around Riga. You got a Sun Museum, showing the history of sun mythology and its role in Latvian culture. You also got a Chocolate Museum in the northern part of town, but the two most popular museums in Riga are “The Museum of Occupation of Latvia” in the Riga ghetto and Latvian Holocaust museum.

8. Looks a lot like a well known Moscow building. 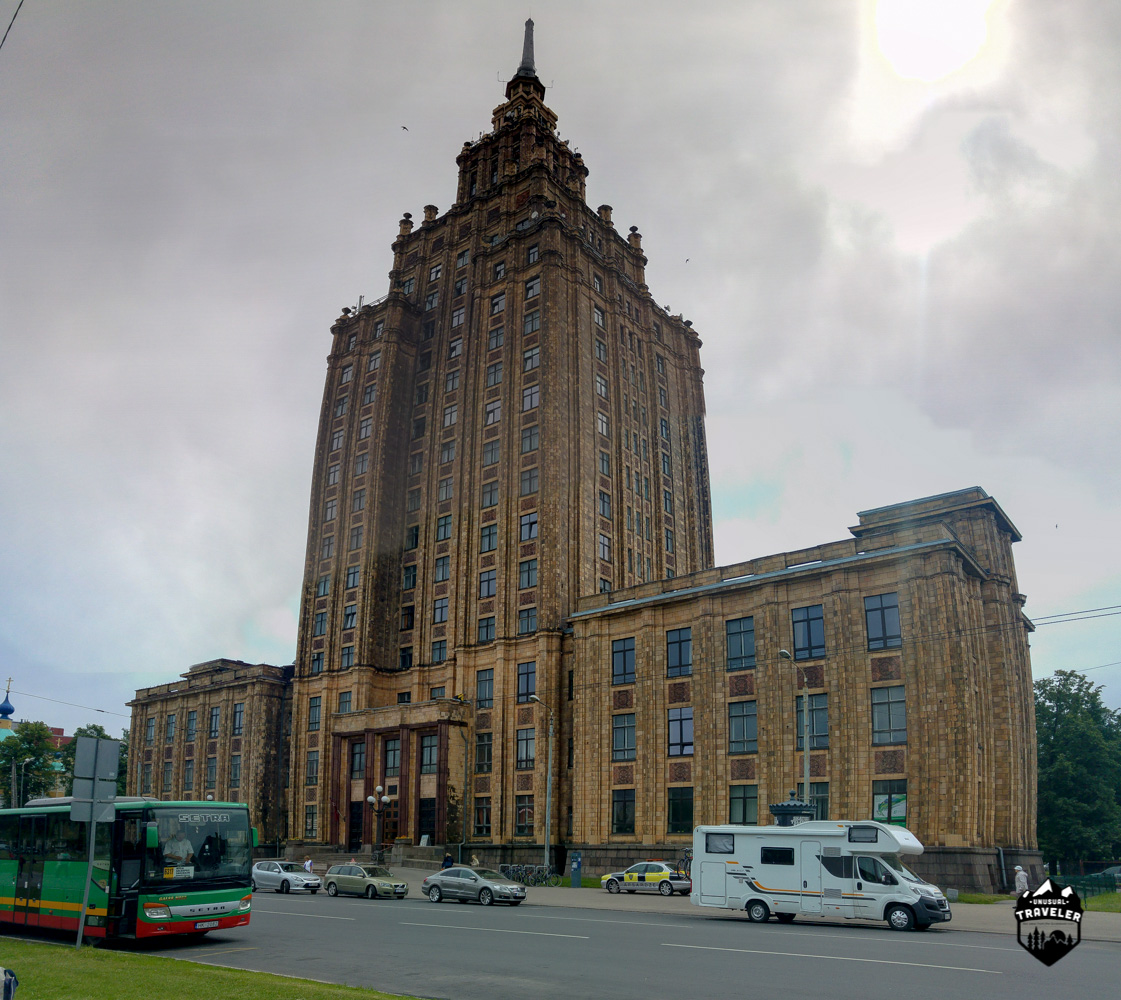 Similar to the seven sisters in Moscow (7 skyscrapers in Moscow, Russia) but the ones in Moscow are bigger and more impressive.
The Latvian Academy of Sciences was built in 1953. There is a viewpoint on the balcony on the 17th floor.

9. Visit the central market and look at strawberries. 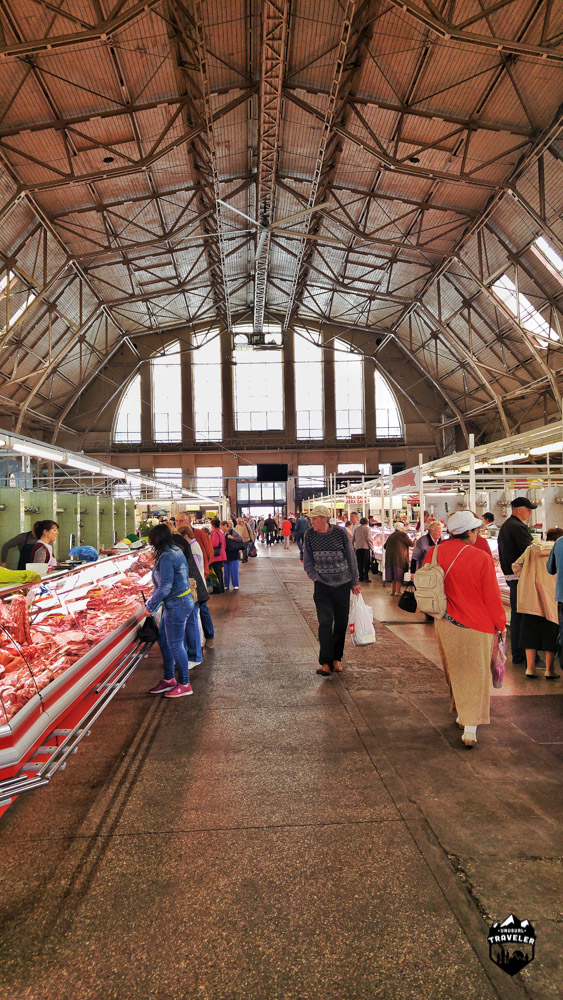 Not the world´s most interesting sight, but a good place to go people watching, or buy some cheap and fresh vegetables, meat and fruit. Also a lot of plastic fantastic stuff from China on sale.

10. Visit the monument for freedom. 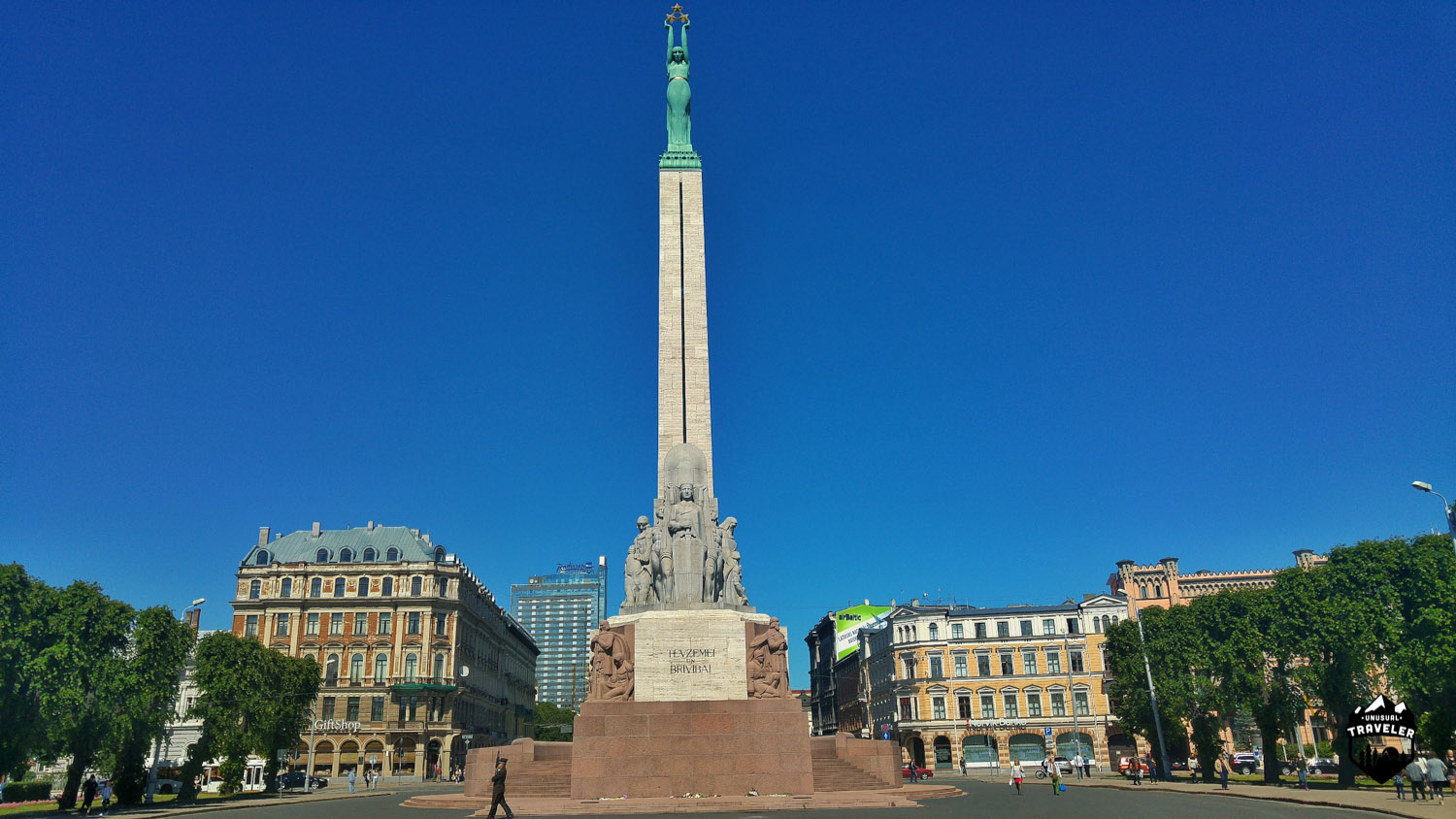 The Riga Freedom Monument is located between the old city and the new part of the city; it was built to honour the soldiers that were killed during the Latvian War of Independence (1918–1920). The monument was unveiled in 1935 and is 42 meters (138 ft) high.

11. Look at the statue with animals. 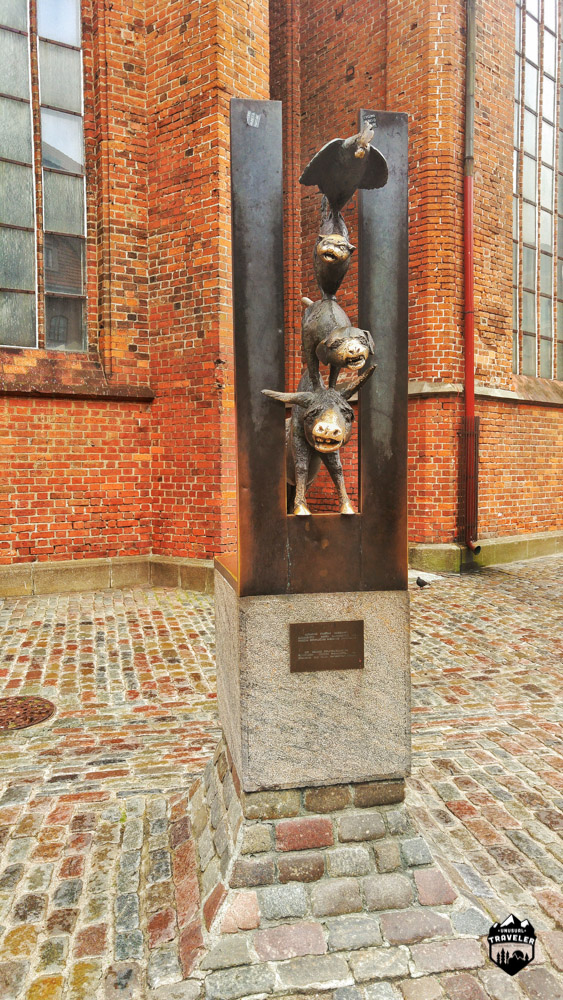 There’s a statue of four animals: a donkey, a dog, a cat and a rooster standing on each other. It’s supposed to bring good luck if you touch the nose on any of the animals.

On the backside of St.Peter’s Church, it’s a small statue of 4 animals on top of each other, a donkey, a dog, a cat and a rooster.
The statue is characters from the Town Musicians of Breman, a Brothers Grimm Fairytale, and is a  replica of the original statue that’s located in Breman, Germany.

12. Enjoy the churches of Latvia.

There are more than 43 Churches in central Riga, so you will never be far away from one.

13. Enjoy one of the parks or travel down the channel. 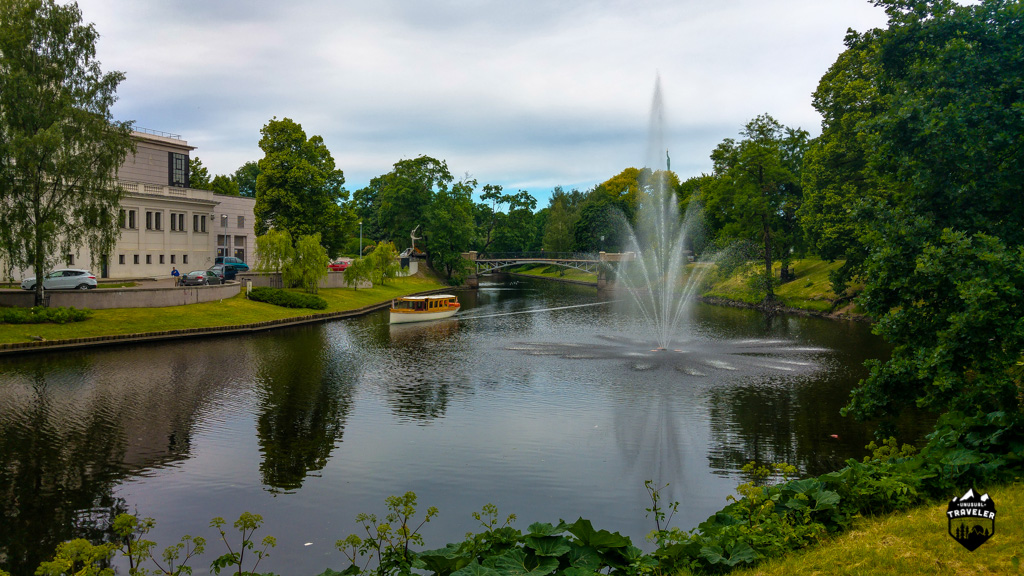 One of the small channels around the city.

One of the relaxing things you can do in Riga is to take a channel cruise down the river that goes around the old city. It’s not the cheapest activity in town, but it’s worth it. 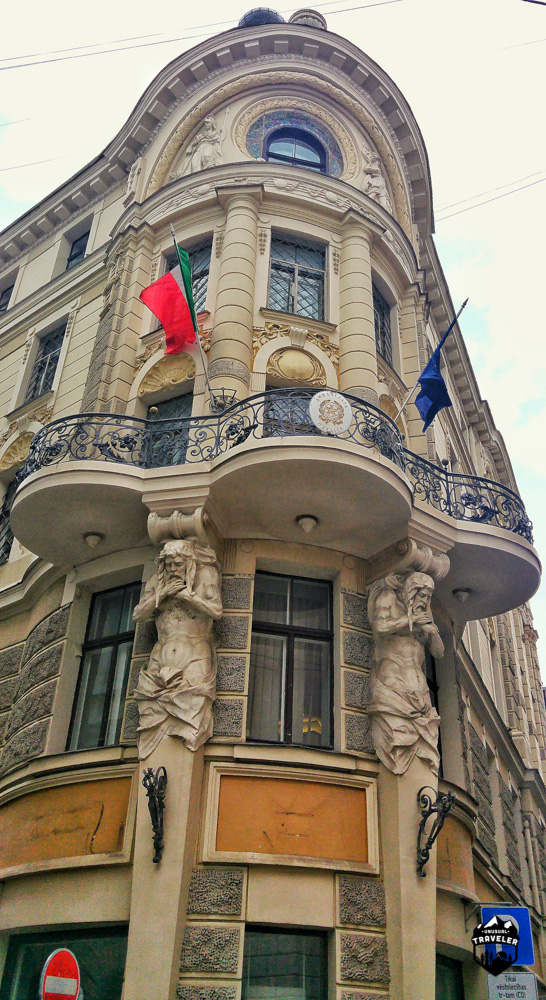 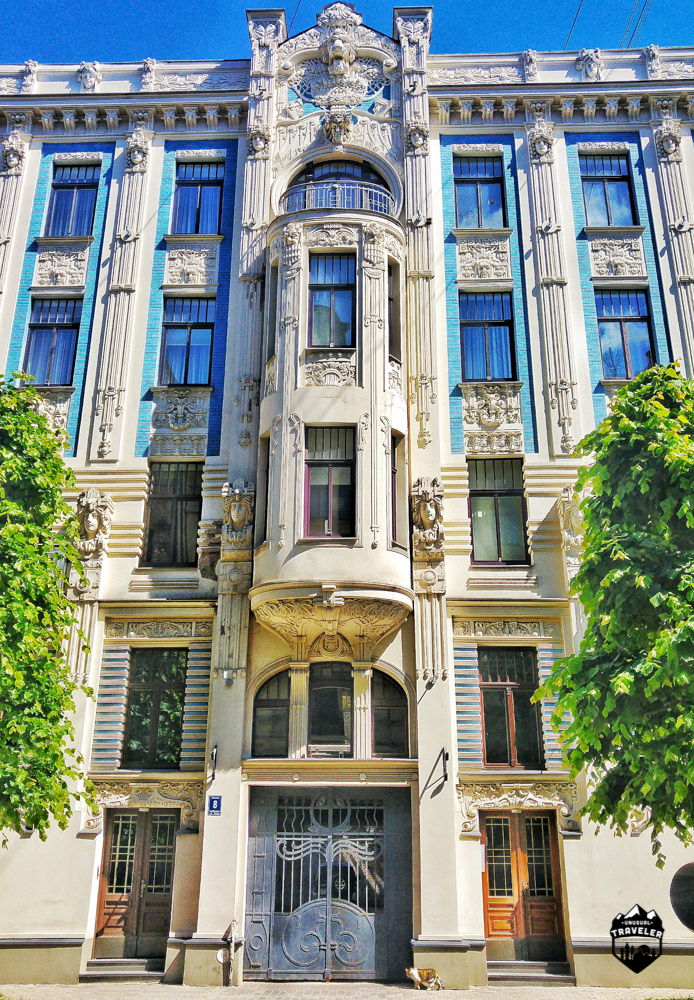 There are tons of Art Nouveau buildings just outside of the Old part of Riga, just follow the big tour groups; they are all over the area.

15. Look at three old houses next to each other. 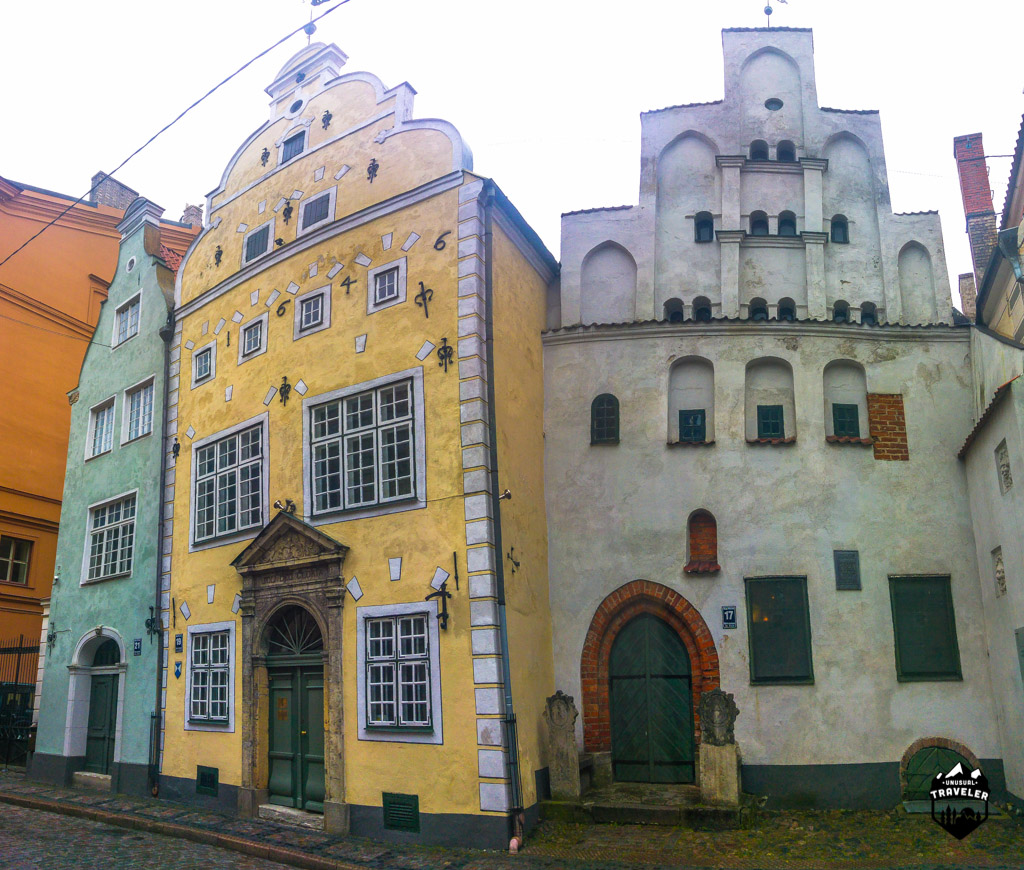 “The Three Brothers” is the oldest dwelling houses in Riga, The houses are located at the addresses 17, 19 and 21 Maza Pils Street. The No. 17 is the oldest dating back to the late 15th century,  building No.19 dates back to 1646 and No.21 is from the late 17th century.
There’s a small architecture museum inside No. 19.

The locals in Riga loves beer. There are tons of microbrews and beer houses around the city.
With my favourite beer house being FolkKlubs Ala Pagrabs. It’s located on the edge of the old city; it has 28 beers on taps, most of them brewed in the building, live music, and great food. The place is also a lot cheaper than most other sites in the city. 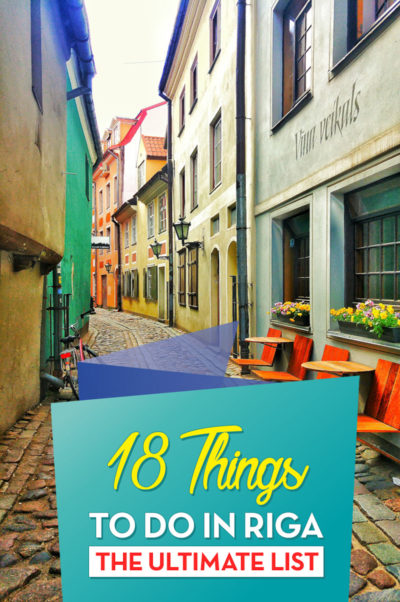 The Ultimate List of what to see and do in Riga, Latvia